10 Best Movie Monologues of All Time 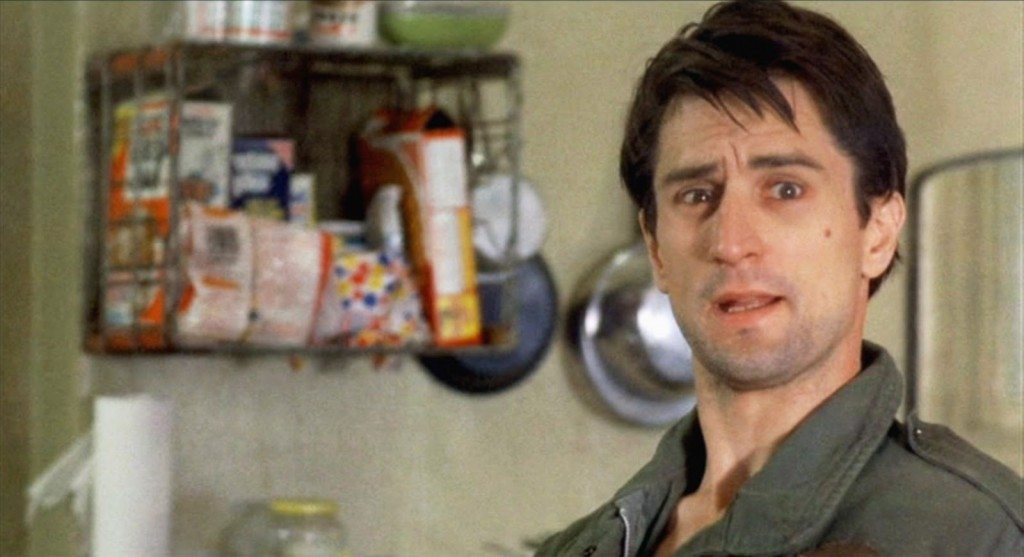 A monologue is one of the toughest acts to be performed. There is no interlocutor who can play by your emotions and vice versa.At the same, it is also a perfect opportunity for actors to showcase their talent. A monologue well done can take actor to places. Every actor worth his salt had performed a monologue once in his/her lifetime on the screen. Here’s the list of top monologues from movies ever to be delivered on screen. The list consists of both male and female monologues.

In one of the best individual performances in history, Robert De Niro as Travis, has a moment for himself, in front of a mirror. He holsters his gun and ships on his uniform, and rehearses for his change. In a scintillating monologue, De Niro portrays a thousand words from his seemingly deluded actions and bright blue eyes. The frustration against the feudal society, the helplessness and the strike back of a common man is brought about in 120 seconds, and each time he draws his gun from his sleeve, he sends a message about his arrival, that retribution was arriving. This has to be the best monologue ever delivered on the silver screen.

The Bible psalm amalgamation has never been put into a better use. Samuel L’ Jackson delivered one of the most popular monologue on screen under the skin of Tarantino’s serial hitman Jules Winnfield. The progression casual tone which he used to address his victim, informing them about the passage from Bible he had memorized to the fiery roll of the eyes when the punchline began ‘And I will strike upon thee with great vengeance and furious anger’ and the eventual culmination in a bullet rain made Jules’ killing scenes stand out. It takes an actor of a great caliber to deliver such a speech, and the ease with which Samuel L’ Jackson did it makes him one of the legends of modern day cinema. The sheer genius of this monologue lies in the irony and how twisted a man can be. Ezekiel 25:17 doesn’t contain Jules’ words, the man having stitched together various phrases and sayings to his own advantage. And to quote it right before a murder takes irony to a whole new level altogether.

4. Hannibal Lecter – ‘Silence of the Lambs’

A person whose knowledge is astounding, who has a power of deduction like no other, possess an eidetic memory and a keen sense of smell and is a cannibal- Hannibal Lecter is perhaps the most disturbing figure of cinema. In Silence of the Lambs, Anthony Hopkins steps into his shoes, and delivers a performance hitherto unseen. There are several quotes which he utters but none more sinister than his dressing down of FBI’s new field agent Clarice Starling, played by Jodie Foster. ‘You look like a rube’, he begins, and with fixated eyes, he delivers the monologue. The chilly tone, the sardonic smile, the suggestive licking of lips builds up an eerie atmosphere, elevating the scary factor of this monologue. Fair warning- don’t watch it alone at night.

Jack Nicholson is an actor par excellence, and he proved it once again with this monologue which would go down in history as one of the best courtroom tirades ever. Colonel Nathan R. Jessup has been brought to court, accusing him of ordering ‘Code Red’, which had killed Santiago. Tom Cruise as Lt. Daniel Kaffee, demands an answer out of the Colonel. Jack Nicholson delivers a perfect answer to a perfectly poised question. ‘You can’t handle the truth’ spoke volumes, and the realization it delivered struck a chord. He made the young hot headed lieutenant understand that sometimes you have to choose the lesser of two evils, putting him properly in his place. Jack brings out the authoritative tone worthy of a military leader perfectly. The crooked lips, the fixed eyes and the deep voice certainly makes every single listener sit up and take note. That is power for you. Through this monologue he proves himself as one good man.

The pathos of losing a child is unimaginable and the pain is unthinkable. Sally Field as M’Lynn brings about that feeling in her monologue after her daughter’s Shelby’s demise. She is questioning, she is crying, she cannot imagine the reality and she demands an answer for it. She shrieks, prances, talks in this monologue, making the audience empathize with her. The facial expression amplifies the grief of M’Lynn and the mother weeps.

A classic movie needs a classing ending, and Morgan Freeman’s iconic ending voiceover provides this with aplomb. A monologue which mixes the will to live, the passion for dreams and the bonds of friendship is worthy of remembrance. Morgan Freeman narrates this stoically, but cannot disguise the excitement he has, of braking parole and rushing away to live. Red had become the symbol of hope, this monologue had hope written all over it. Freeman’s timbre is captivating always and these words along with it creates a music which you can’t ignore. This monologue certainly is evergreen and ‘so was Red’.

Heath Ledger became a household name after his portrayal of the anarchist Joker in Nolan’s second part of the Batman Trilogy. Joker was terrifying and even more so when he delivered his pet monologue about how he had got the red scars. He tells two stories, one scarier than the other. The whisper like tone in his voice, the crazy look in his eyes, and the maniacal laughter highlight the sinister Joker as the foe every hero fears. No wonder Batman lists him as the man from whom no surprises can be expected. ‘Why so serious’.

One of the most inspirational stories of all time must have an inspirational monologue or two. Sylvester Stallone, as Rocky, meets up with his son in a dark alley, and provides a sensational speech on how not to give up. Stallone’s burly figure, his crooked lower lip and the husky tone add spice to the words, and he means what he says to the core. The son and the audience lean in to listen to the wise man speak. This is certainly one of the very best punches that the legendary boxer had thrown in his life time.

If I were a kidnapper, I would have certainly announced my retirement if this warning was issued to me. Liam Neeson, in one of the most talked about monologues in recent cinema, delivers a spine chilling threat, without breaking a sweat, to some potentially dangerous people, who have kidnapped his daughter. The warning couldn’t have been plainer, and that what makes it scarier. Ex spy, Bryan Mills never pleads or tries to bargain. He informs. He never raised his voice, but tells them that he will find them and kill them, as if he is talking about the next day hangout. How confident Bryan Mills is in his ‘particular set of skills’ is evident from here. I am sure, the kidnappers had their hands dripping wet, when they got this phone call.