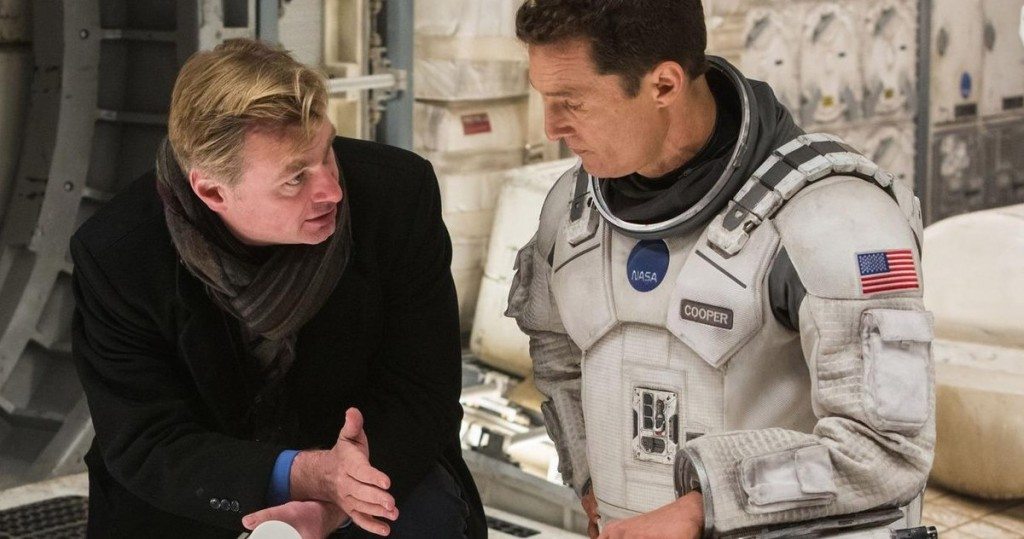 We have already ranked the best sci-fi films of the 21st century. Today, we are ranking the greatest directors of sci-fi films of all time. One important point to note here is that we are not ranking the directors on their overall work but rather just the sci-fi films they have made; which makes things interesting because even though Stanley Kubrick is arguably the greatest director of all time, he has only made two science fiction films. How would he compete with someone like James Cameron or Ridley Scott, both of whom have made several great science fiction films? Let’s see and list down the 10 best sci-fi movie directors of all time. 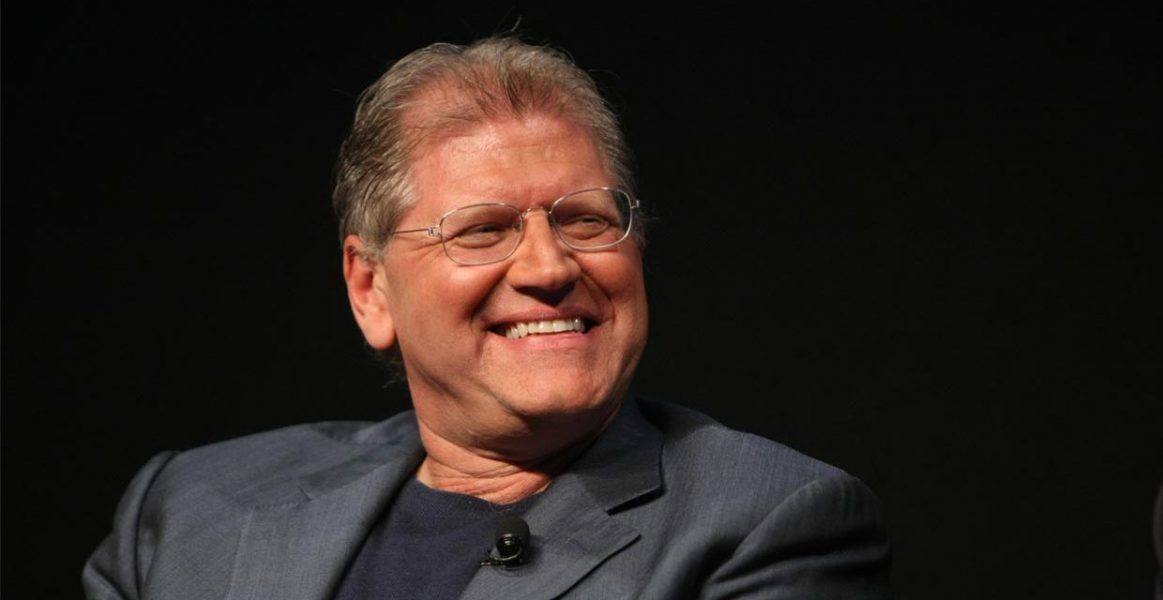 One of the connoisseurs of special effects, Robert Zemeckis is credited with directing some of the most influential American movies ever made. As someone whose works have often been criticized for an apparent shortage of social relevance, Zemeckis always stuck to his guns. Though he has experimented — and at times been very successful — with other genres, he was able to break into this list for his extraordinary ‘Back to the Future Trilogy’ alone.

Jonze’s last film ‘Her’ wowed everyone, from audiences to critics. His debut film ‘Being John Malkovich’ is still considered a genius work. He introduced a freshness to the genre with his quirky but witty and intelligent works. We expect him to continue exploring science-fiction and give us many more wonderful, brilliant films. 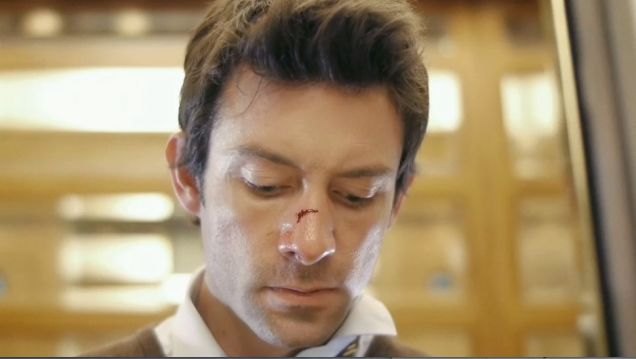 His first film ‘Primer’ made science geeks shit in their pants. His second ‘Upstream Color‘ floored everyone — from critics to the geeks.  He has the potential to become the next Christopher Nolan, but then, he has expressed his dislike of working with studios and get dictated by them. But may be not anymore ! His next film ‘Modern Ocean‘ — another science fiction — is promising to be something spectacular on a grand scale. Don’t be surprised if he swiftly climbs up the ladder to become one of the most influential science fiction directors ever. 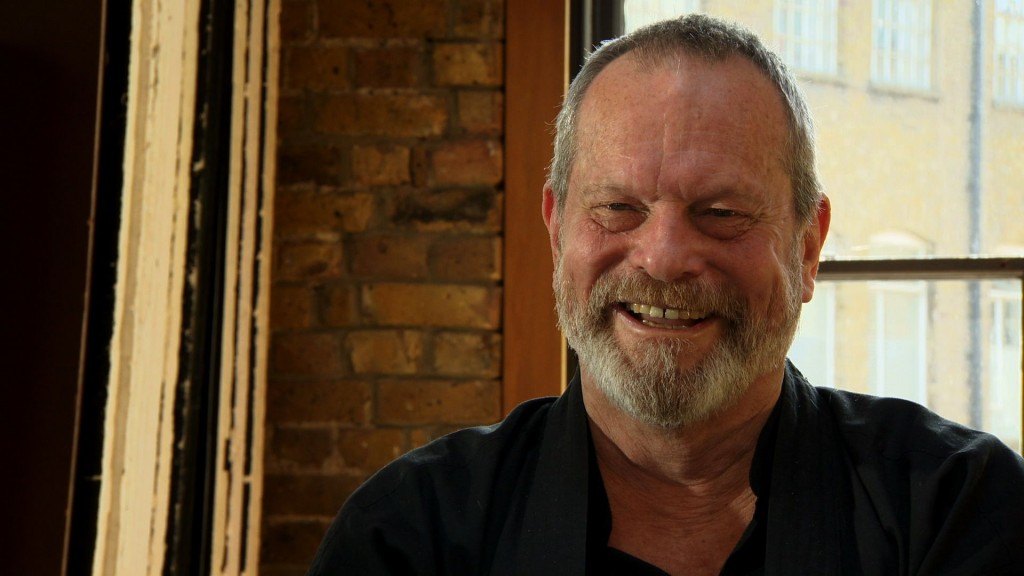 His work has deteriorated over time, but there is no denying that he has made two absolute masterpieces in the forms of ‘Brazil’ and ‘Twelve Monkeys’. His achievements are even more significant when you consider the fact that he didn’t have the advantage of technology 25-30 years back when he made those films. But they have withstood the test of time and are still considered landmarks in cinematic achievements. 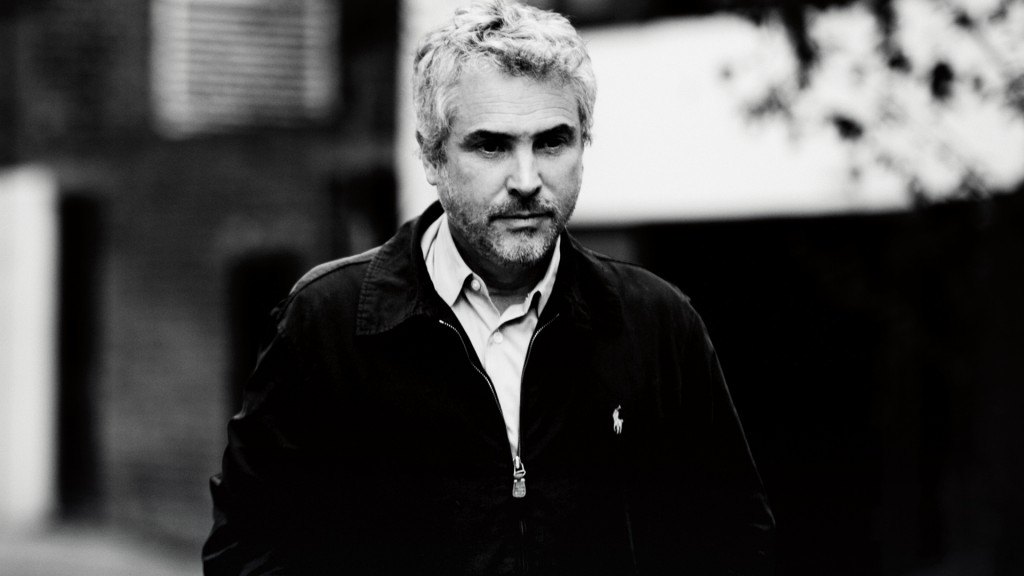 Cuarón is not an ordinary filmmaker. He is one of the very few directors who can claim to be good at multiple genres. Someone who’s not very familiar with his filmography would be startled to discover that a small but charmingly brilliant Spanish film ‘Y Tu Mamá También’ was made by the same guy who directed arguably the grandest science fiction of this generation: ‘Gravity’. Then, he has also directed what many claim as the finest science fiction thriller of this century: ‘Children of Men’. Someone with arguably two greatest science fiction films of this generation certainly deserves a place on this list. 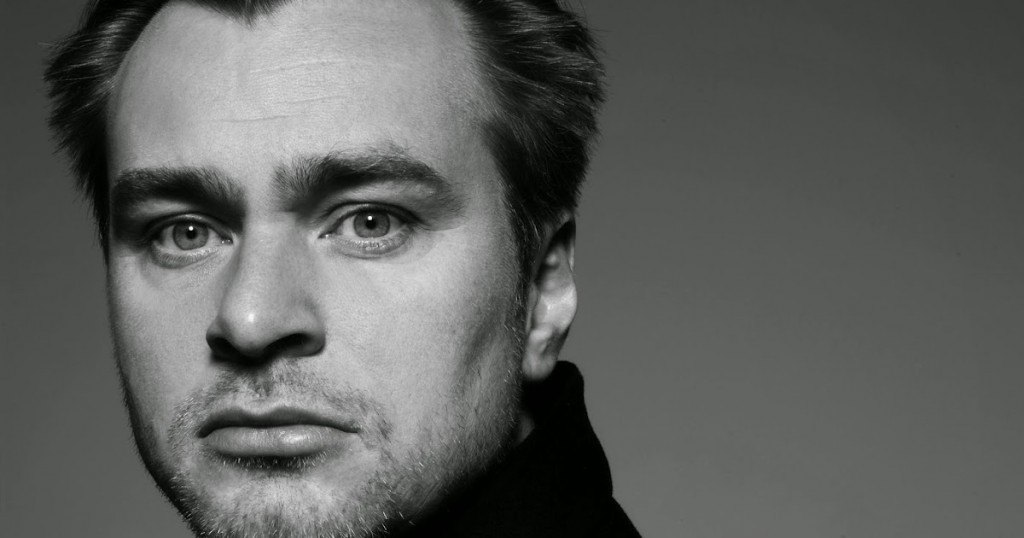 The rockstar of contemporary cinema, the very name of this genius evokes inexplicable emotions for his fans. Known as the master of intelligent blockbusters, Nolan is loved and worshipped by young cinephiles across the globe. One of the most original and imaginative directors working today, Nolan has revolutionized the scope of popular cinema in Hollywood with his entertaining yet profound works of art. After bursting into the cinematic limelight with the brilliant neo-noir mystery film ‘Memento’, Nolan went on become three brilliant science fiction films: ‘Inception’, ‘The Prestige’ and ‘Interstellar’. With complex and labyrinthine plot development and rich thematic and philosophical undertones, Nolan has managed to achieve something few other auteurs ever have – to intertwine art with mainstream cinema. While we do consider his debut to be his finest and most emotionally profound film till date, Nolan’s cinematic prowess has certainly matured over the years. 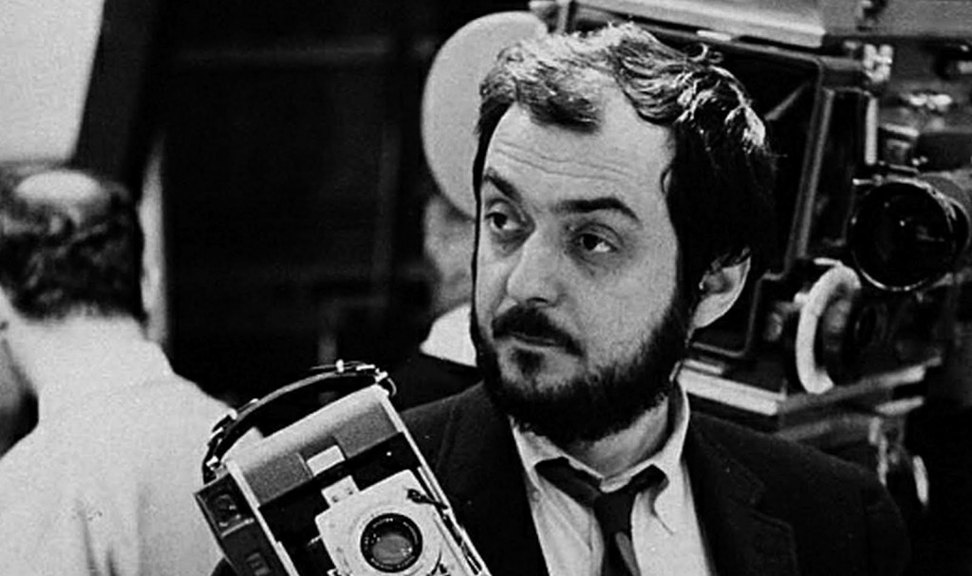 About six months ago, in our take on ‘2001: A Space Odyssey’, we had proclaimed that the science-fiction philosophical masterpiece was the most important piece of cinematic art ever conceived. And we would have gladly attributed the same to its creator, but we feel no amount of plaudits and extolment would do justice to the genius of Stanley Kubrick. A visionary whose cinematic imagination and ambition inspired a generation of filmmakers and cinephiles, spawning the term “Kubrickan”, no artist in the last century has influenced his craft quite the way Kubrick has. Technically proficient, thematically audacious and emotionally rich, Kubrick has always pushed the envelope, effectively reimagining the perception of cinema as a 20th century art form. 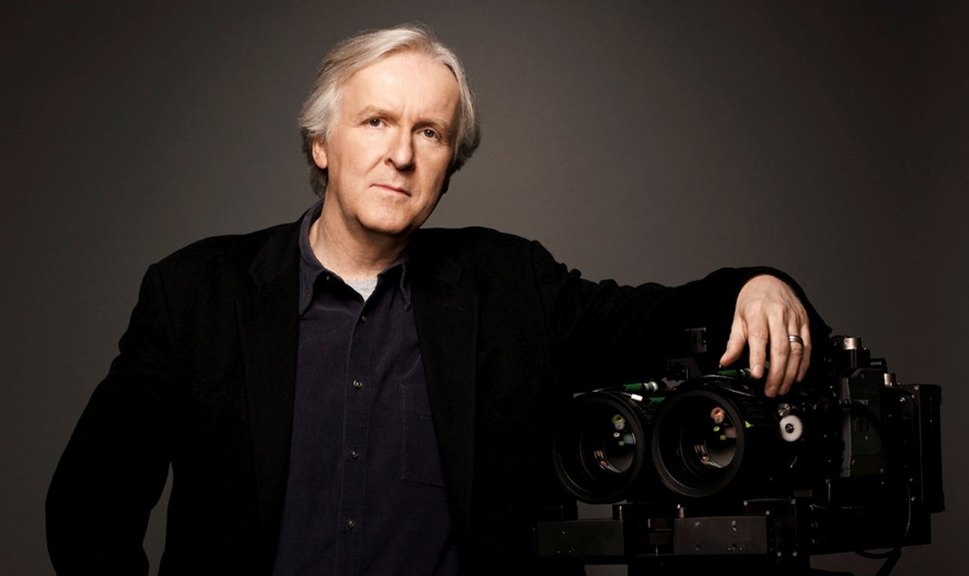 All we wanted as a 90s kid growing up was to watch the ‘The Titanic’ and see the great ship hit the iceberg, and we can attest the same for a lot of our friends. Such was the magic that James Cameron wove on screen with his 1997 epic disaster-drama about the sinking of the “unsinkable”. But the genius of James Cameron was established years before, with his cult science-fiction action thriller ‘The Terminator’. One of the most sought after and financially successful filmmakers the world has ever seen, James Cameron is an institution by himself. Known for undertaking huge projects with exorbitant budgets, Cameron has carved a niche for himself with visually awe-inspiring and emotionally rich cinema over the years. A visual-storyteller and a technician par excellence, the passionate core to his imagery is what makes his cinema universally resonant. Inactive for almost a decade after his technically brilliant 3D adventure ‘Avatar’, we hope he gets back to doing what he does best. 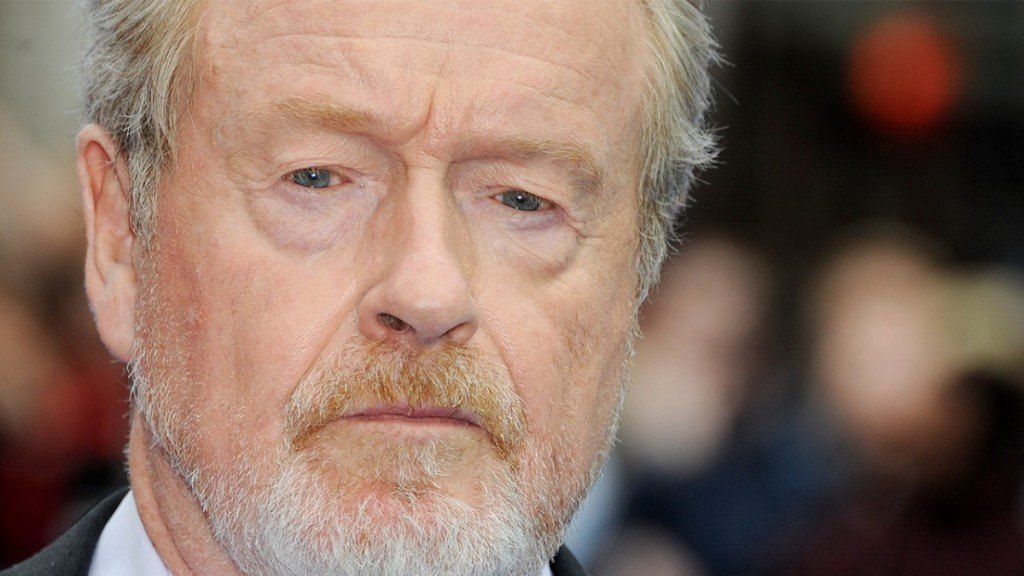 Amongst the finest British filmmakers of all time, Ridley Scott burst into the cinematic arena with the cult science-fiction horror classic, ‘Alien’, which captured the imagination of cine-goers with its stunning visual effects and taut direction. With his 1982 neo noir cult-classic ‘Blade Runner’, he redefined the science fiction genre; exquisitely crafting a dystopian future with complex philosophical undertones of faith, humanity, technology and hubris. With ‘Blade Runner’, he displayed an uncanny command over his craft, which went on to become evident in his future works including more recent ‘Promotheus’, and ‘The Martian’. With a striking visual style and innovative production designs, Ridley Scott continues to experiment with his craft; and with a few debacles over the years notwithstanding, he remains one of the greatest science fiction director of all time. 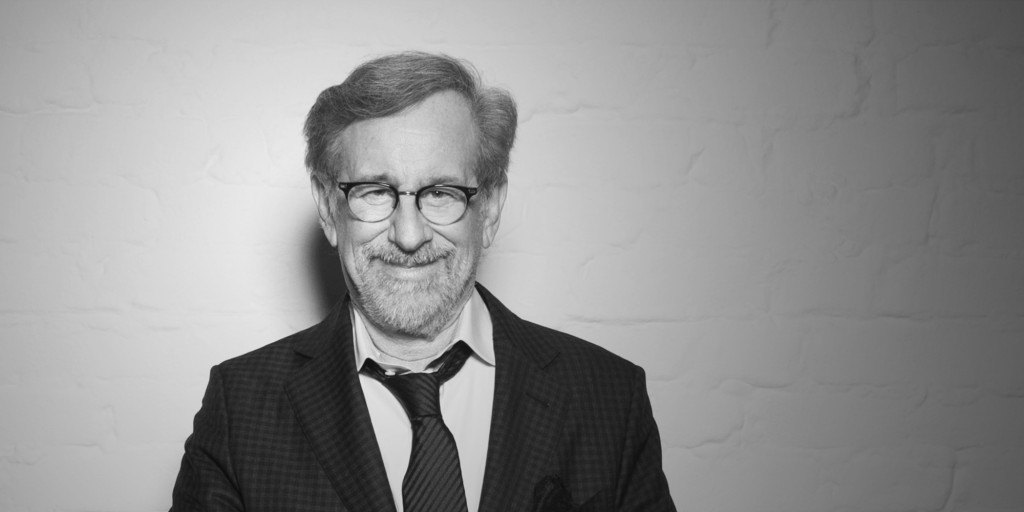 The most obvious choice for obvious reasons: he has single handedly made science fiction genre popular among the regular movie-going audience.Shunned and disparaged by film experts and intellectuals for being “artistically hollow” and financially successful, Spielberg is unarguably one of the few American filmmakers who have bridged the gap between commercial cinema and art. From the magical ‘E.T: The Extra Terrestrial’ to the extraordinary ‘Jurrasic Park’, he has explored every sub-genre within the science-fiction genre. Be it ‘Close Encounters of the Third Kind’ or his more recent works like ‘A.I. Artificial Intelligence’, he continues to challenge himself and other sci-fi directors.

Read More: Most Intelligent Sci-Fi Films Ever Made