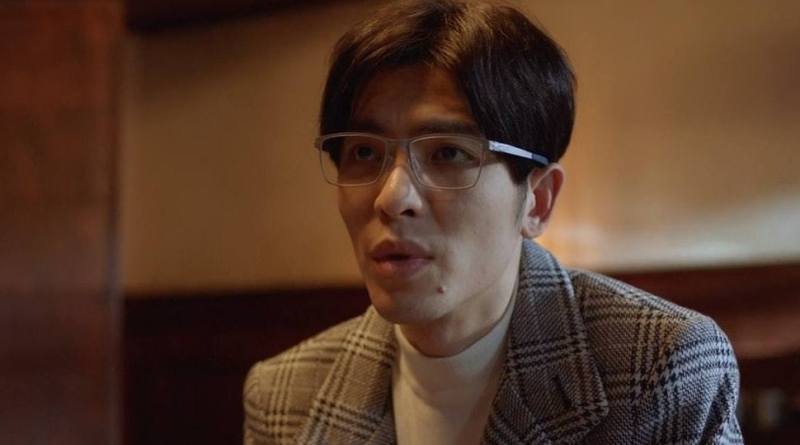 Netflix acquired streaming rights for the Taiwanese horror thriller series — Green Door — which premiered on the platform on March 16, 2019, releasing globally in over 190 countries. Although the online streaming network doesn’t have the rights to operate in China, it is gradually adding Chinese content to its catalog via acquisition and production in Taiwan.

Green Door is based on the novel of the same name, written by Taiwanese author Joseph Chen. It comes from director Lingo Hsieh — who is well-known for her fantasy-horror movie – The Bride.

Green Door Cast: Who is in it?

Green Door features Jam Hsiao as paranormal psychologist Wei Songyan. This Taiwanese singer plus actor is best known for his roles in The Killer Who Never Kills in 2011 and Crouching Tiger, Hidden Dragon: Sword of Destiny in 2016. He received the Hong Kong Film Award for Best New Performer for his performance in the first film.

Accompanying him as his co-star is Hsieh Ying-Hsuan, who plays the role of Yu Xiuqi. She is mainly known for her roles in Dear Ex and Lan Wei-Hua. The show also features the young and dynamic Bea Hayden Kuo as Hong Yu May. She hails from Taiwan and is recognized for her films The Starry Night, the Starry Sea and Tiny Times. Other actors in prominent roles include Hai Rong Shen as Zhang Lihua and Blue Lan as Shen Jinfa. Recurring cast members are Chiang Ting, Ruby Zhan, and Jutoupi.

Green Door Plot: What is it about?

The central plot of Green Door revolves around Songyan — an US-returned therapist — who deals with clients affected by different supernatural forces. He runs his own clinic and tries to uncover the forces at work behind his patients’ mysterious behavior. Sometimes, he also needs to figure out if the person claiming to be possessed by a spirit is, in fact, suffering from split personality disorder.

Songyan has been depicted as a somewhat arrogant individual who is quite confident (sometimes, even over-confident) of his abilities. And this aspect of his character even threatens to bring him down. At times, he annoys clients to the extent that they leave and refuse to pay him. For example, he suggests one couple file for a divorce, just because he thinks he has tried everything possible to help them. However, there is a reason why he behaves like this, which becomes clearer in the later episodes. He returns from the US, leaving behind a murky, troubled past. And his encounters with his patients help to throw light on his darker, previous days in America.

Green Door, with all it eccentricities, questions the relation between human mind and spirituality. In one instance, Songyan speaks to a woman from the future in his mirror and in another incident he tackles the case of a deceased gang member, whose spirit is taking over a civilian’s body. As the series progresses and plot lines are revealed, the reasons behind Songyan’s past and his patients’ troubles become more and more clear.

Green Door definitely makes for an engaging watch because of its lead character — who, though a tad annoying and arrogant — is somehow likable. With each episode expanding into a different yet related story arc, you actually see him softening in his approach and start admiring him. This strange and diverse Netflix thriller series is packed with exciting supernatural elements that shall definitely give you some jump scares.

Green Door Season 2 Release Date: When will it premiere?

All the six episodes of Green Door season 1  premiered on Netflix on March 16, 2019. The series released on Taiwan’s Public Television Service on February 16, 2019, and aired on a weekly basis every Saturday. Each episode features a runtime of approximately 60 minutes. This intense drama — filled with horror elements — shall surely attract viewers who are fans of shows like The Haunting of Hill House and Kingdom.

As far as Season 2 is concerned, we don’t have an official statement from either Taiwan’s Public Television Service or Netflix. Though there is a high likelihood that the show will get renewed considering Netflix’s interest in expanding foreign content. If the show does get renewed, Green Door Season 2 is expected to release sometime in 2020.

The official trailer of the show is available on Netflix. You can watch it here.