When Will Green Eggs and Ham Season 2 Premiere on Netflix? 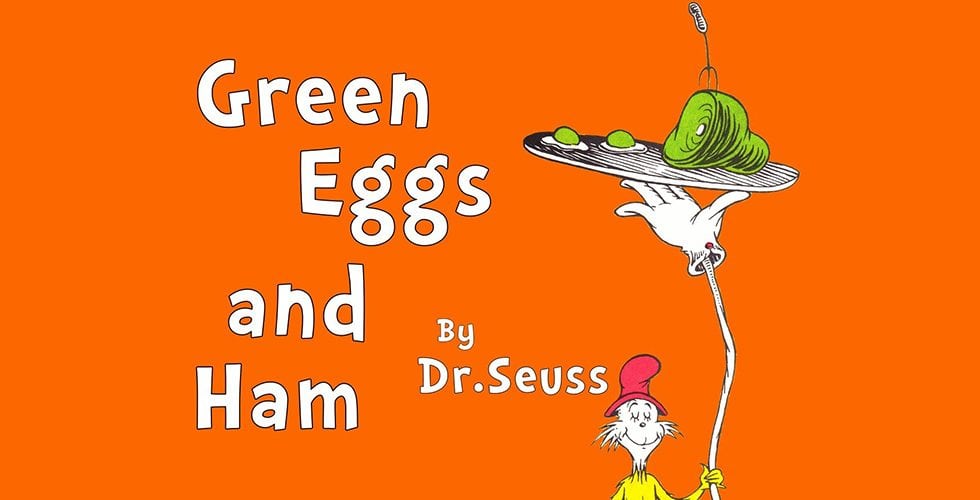 ‘Green Eggs and Ham’ is an American animated web series that airs on Netflix. It is one of the streaming platform’s more ambitious projects and it is based on the 1960 book of the same name by Theodor Seuss Geisel, one of the most popular children’s authors of all time, better known as Dr. Seuss.

Dr. Seuss remains the most popular figure in children’s books. His work includes several of the most popular children’s books of all time, selling over 600 million copies and being translated into more than 20 languages by the time of his death. It is only fitting that one of his most beloved works, ‘Green Eggs and Ham’ be adapted into a television series by the world’s leading streaming service, Netflix.

The first season of the show was well-received. Now, the question arises: will there be a ‘Green Eggs and Ham’ season 2? We will delve into that question, but first, let’s quickly look into the details of the series.

Green Eggs and Ham Cast: Who is in it?

The main cast of ‘Green Eggs and Ham’ has some fantastic actors to lend their voices to the characters. Adam DeVine of ‘Workaholics’ and ‘Modern Family‘ fame appears as Sam-I-Am, while Michael Douglas, who has several notable films like ‘Wall Street‘, and ‘Fatal Attraction‘ to his name, and has recently rediscovered himself in ‘The Kominsky Method‘, appears as Guy-Am-I. Diane Keaton, who is instantly recognizable for her role as Kay Adams in the ‘Godfather‘ movies, and from Woody Allen’s ‘Annie Hall‘, voices Michellee. Keegan-Michael Key, best known for ‘Key & Peele’ and also for appearing in ‘Fargo‘, is the narrator of the series.

There are several other notable cast members in various supporting roles, including John Turturro of ‘The Big Lebowski‘ and ‘Do the Right Thing‘ fame voicing Goat, while Jeffrey Wright, who has appeared in ‘Quantum of Solace’ and ‘Casino Royale‘, voices McWinkle.

Green Eggs and Ham Plot: What is it about?

The story of Green Eggs and Ham is like a postmodern Plains, Trains and Automobiles through the whimsical world of Dr. Seuss. Sam rescues the rare Chickeraffe from the Glurfsburg Zoo, hides it in a briefcase, and attempts to make his way to Meepville where he can charter a cold air balloon to take the Chickeraffe to his island home. Guy just flopped his last big chance at being a world-famous inventor for the industrial Snerz Co. He packs up his invention in a briefcase and resigns to give up on his dreams and become a paint watcher. A chance meeting at a diner with Sam, and a switch up with the briefcases results in these two unlikely souls getting mixed up on an adventure that takes them on a journey of self-discovery.

Our two mismatched heroes cross paths with overprotective Michellee, whose daughter, EB, desperately wants a pet, and falls madly in love with the Chickeraffe… despite her mother’s fears that it will eat off her face (it won’t). Michellee’s walled up heart also connects with the heart-hardened Guy. And a laborious love story begins. Our fakakta foursome is also unknowingly pursued by a bounty hunter goat, two bad guys, and a villain who’s out to get the Chickeraffee as his ultimate trophy (Source: Netflix)

If the show is renewed for season 2, it will continue to follow Guy and his friend Sam as they try more many new things, presumably more than green eggs and ham.

Green Eggs and Ham Season 2 Release Date: When will it premiere?

‘Green Eggs and Ham’ Season 1 released on November 8, 2019, on Netflix. All of its 13 episodes landed on the platform on the same date.

As far as the next season goes, we have some good news for fans. Actress Ilana Glazer, who voices E.B., has already teased that the show is making a comeback soon. She confirmed that she has already finished recording for season 2. Although Netflix has not officially made any announcement, we can safely state that the series is unofficially renewed!

We do not have any news on a release schedule yet. But if we go by the trend of other Netflix animated originals, you would know that shows as ‘The Dragon Prince‘ returned with another installment within a gap of five months. But for ‘Green Eggs and Ham’, it might take some more time for the animation and production to wrap up if the makers decide to go for another 13-episode part. So, if everything goes as planned, ‘Green Eggs and Ham’ season 2 should most likely release sometime in November 2020.

While we wait for an update on season 2, check out this trailer for ‘Green Eggs and Ham’ season 1. You can catch all the episodes of the first season on Netflix.