When Will Greenhouse Academy Season 4 Premiere on Netflix? 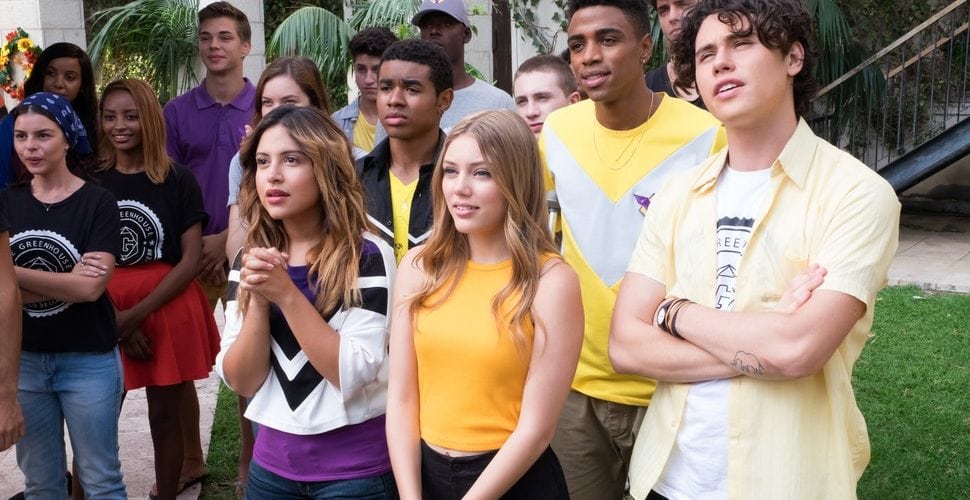 ‘Greenhouse Academy’ is a tween drama web television series that airs on Netflix. The show is based on the Nickelodeon Israel television series, ‘The Greenhouse’ (or ‘Ha-Hamama’), created by Giora Chamizer who, along with Paula Yoo, adapted the show for international audiences.

Filming for the show began in Summer 2016, and took place in Tel Aviv and various other places in Israel. A year later, on September 8, 2017, Netflix released Season 1 of the show, which was closely followed by the premiere of Season 2 on February 14, 2018.  After receiving positive feedback from viewers, Netflix, on March 20, 2018, “quietly” renewed the show for its third season, which released in October, 2019.

The show has had three successful seasons so far. Now the question is, will there be a ‘Greenhouse Academy’ season 4? We will delve into that question, but first let’s quickly look into the details of the series.

Greenhouse Academy Cast: Who is in it?

The show stars Ariel Mortman and Finn Roberts as the tragedy-hit brother-sister duo who recoup in a school. The largely unknown cast has proven to quite likable in the first three seasons and has done a respectable job. While there haven’t been a lot of additions over the seasons, a few changes were made for the third season.

Dana Melanie took from Aviv Buchler in the role of Emma Geller, while Danika Yarosh replaced Grace Van Dien in the role of the school headmaster’s daughter Brooke Osmond. Additionally, Rafael Cebrian was cast the role of Enzo.

All the main cast members are expected to be back for season 4.

Greenhouse Academy Plot: What is it about?

Being a tween drama, the show has a fairly simple, yet emotion-invoking plot. It follows a young brother-sister duo, Alex and Hayley Woods, who are left grief stricken when they come to know of the death of their astronaut mother in an accident. Eight months after the tragedy, the duo enroll in a private boarding school, called “The Greenhouse Academy”, for gifted and talented future leaders. However, things don’t go as planned for them when they are assigned to two competing houses in the school, The Eagles and The Ravens. As they grow with their houses and their classmates, a rivalry starts to develop between the siblings.

However, when mysterious events start occurring, the brother-sister duo, and the competing houses, have to set aside their rivalry and work together in a secret investigation which sees them uncovering a deadly plot that involves using earthquakes for monetary gain. As they work together to solve the mystery and prevent the sinister scheme from unfolding, Alex and Hayley also stumbles across the truth about their mother’s tragic demise.

Of course, being a tween drama, the show has quite some emphasis on the rivalry between the houses and the siblings, as well as the siblings’ romantic interests in school. While the plot initially serves to weave all this drama together, it later grows into its own and presents viewers with some great plot twists.

For the most part of the first two seasons, the show focused on the growing bond and the rivalry between Alex and Hayley, as both learnt to look after each in the aftermath of their mother’s apparent death. While Alex and Hayley always had each other’s backs, they were also rivals, being products of their respective houses in their school. However, over the course of the two seasons, their bond kept growing stronger, and the second season ended with the explosive revelation that their mother, in fact, was alive the whole time.

Season 3 begins with the headmaster sending Eagles and Ravens on a grueling two-day hike. Later, fallout from the hike leads to difficult questions and decisions. Further in the season, Eagles and Ravens team up on a risky mission to find a valuable piece of magnetite. But ultimately the season ends in a tragedy when Hayley’s determination to get to the bottom of an annoying noise leads to a catastrophic chain of events.

The fact that season 3 ends on a cliffhanger, perfectly sets the stage up for an exciting season 4.

Greenhouse Academy Season 4 Release Date: When does it premiere?

As far as the next season is concerned, we have good news for the fans. Much before season 3’s premiere, the show’s official Twitter handle, in July 2018, had announced that ‘Greenhouse Academy’ would be making a return not only for Season 3, but also for Season 4. So, yes, the show has been renewed and according to our best estimates, you can expect Greenhouse Academy season 4 to release sometime in March, 2020.

While we wait for Season 4, here’s the trailer for Season 3 to give you a glimpse into the show and the story thus far.