Where Is Greg Harris Now?

The murder of Chiquita Tate, which transpired back in 2009, has been the subject of many true crime investigative shows, with the most recent one being that of ‘Dateline’ NBC. The episode entitled ‘Shining Star’ chronicles the story of how this 34-year-old criminal defense attorney was brutally murdered inside her office. The main suspects were her husband and her most recent clients, but it was the one who had vowed to love and cherish her forever that had slain her by stabbing her a total of 43 times. Greg Harris didn’t want his wife to leave him, and so, in an unruly rage, he did the only thing that he could think of and killed her.

Who Is Greg Harris?

Greg Harris, a Baker, Louisiana, native, is Chiquita Tate’s husband and murderer. Early in the morning of February 20, 2009, he called 911 because he was worried about his wife as she wasn’t picking up her phone. But, it seems like he knew exactly why she wasn’t answering and was just clearing his name from the get-go. It didn’t work, though, and he was arrested for being involved in her death the very same day. During the initial questioning for the investigation, he lied to the police about why he went to her office the previous night, their relationship, and what he did after he left her office, which when caught, immediately implicated him. 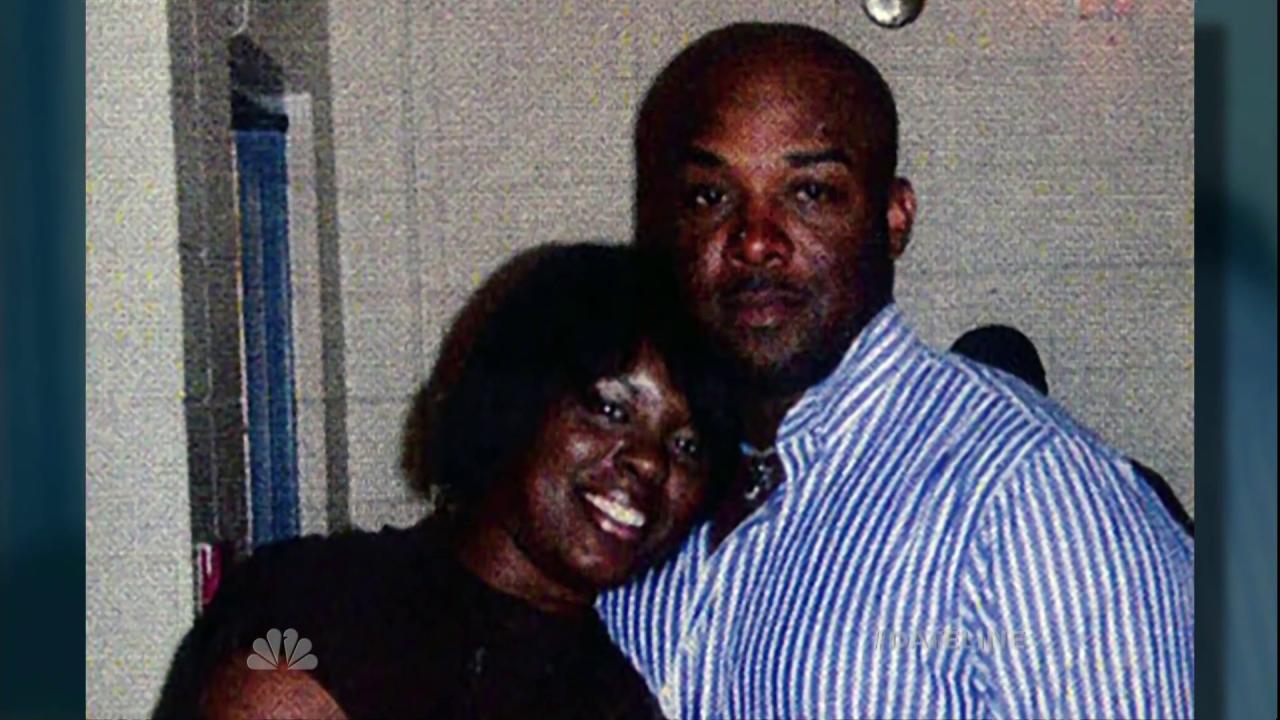 Greg had told the police that he had gone to her office to deliver food because she was planning to pull an all-nighter to prepare for a high profile case. But, in fact, he had gone there to confront her about her threats of leaving him, after which, he stabbed her several dozen times. Even though they got married in February of 2008, their relationship had been rocky for a while. In 2007, about two weeks before they got their marriage license, Chiquita Tate had called the police to report domestic violence. And thus, a warrant against him had been filed, which was still open at the time of her death.

When the investigators who were handling her murder case pulled the initial violence 911 tape recording, they were horrified to hear the fear in her voice. In it, Greg’s then-fiance alleged that he had choked her and had also broken her arm. When Greg was questioned about it, he just said that it was in the past and that the couple had moved on from it – which would have been believable if she wasn’t planning on leaving him. As for his other lie, about his whereabouts on the night of the murder, well, he had told the police that he had gone straight home, but then he changed it when Chiquita’s wallet and credit cards were found by a passerby in the Gardere Lane area.

He hesitantly admitted that he’d gone to this high-crime area to buy steroids, for body-building, but his supplier wasn’t at home. So, he left and went back to his place. The Baton Rouge police found this whole situation to be even more suspicious when they discovered that Greg was having personal financial troubles. Thus, the authorities arrested him and set a bond for $500,000, which was later reduced to $350,000.

Where Is Greg Harris Today?

Greg Harris has remained behind bars ever since his initial arrest. When his case finally went to court in 2011, his attorney argued that his client was innocent and that someone else (now speculated to be the brother of Chiquita’s clients), had committed the murder. He told CNN, “I don’t know anybody that thinks he did it, except the police.” Greg and Chiquita’s friends, family members, and neighbors also commented on their relationship and vouched for their personalities. They painted drastically different pictures of Greg, especially because some individuals referred to this carpenter as someone who genuinely cared about other people’s well-being and happiness.

But, when this 16-day trial came to an end, the jury revealed that they found Greg Harris guilty of manslaughter (not the initial charge of second-degree murder). He received the maximum sentence for this charge: 40 years in prison without the possibility of parole. Therefore, that’s exactly where he is right now – in jail, serving his sentence. Years later, still maintaining his innocence, Greg applied for an evidentiary hearing, which would ultimately lead to a new trial. He wanted more DNA tests to be done so that more concrete evidence could be found. However, District Judge Bonnie Jackson denied his request for the evidentiary hearing and his application for post-conviction relief.