Where Is Greg Kelley Now? 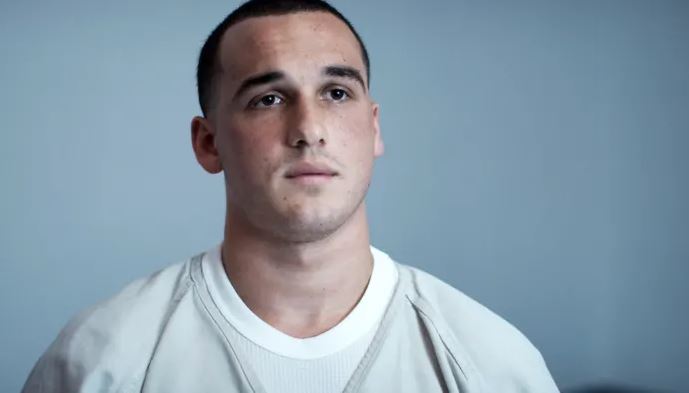 ‘Outcry’ is a five-part docuseries on Showtime that filmmaker Pat Kondelis made after he got invested into the story of Gregory Kelley and the sexual assault case that he was involved in. It unfolds with astonishing and incomprehensible details of how poorly the case was handled by the district attorney’s office and police department and relies heavily on the support that rose up around for the accused.

Who Is Greg Kelley?

In 2013, in the sprawling Texas suburbs of Leander, north of Austin, a standout high school football star by the name of Greg Kelley was charged for the sexual assault of two children, under the age of 5, who attended the daycare in the home where he was living. At that time, Greg’s father was hospitalized due to a stroke and his mother was suffering from a brain tumor, so his teammate and friend, Johnathan McCarty, offered his place for him to stay.

On June 11, Greg moved back to his place, but more than a month later, a woman came forward and told the authorities that her son said that “Greg” had assaulted him. Based on the boy’s outcry, the police suspected that the incident occurred on July 12. Because the child was so small, they moved forwarded immediately and arrested Greg Kelley, the only known Greg who had been at that house. A few days after the arrest, another child came forward and said that he too was forced to indulge in sexual acts, however, he later recanted.

In July 2014, Greg went to trial on two counts of indecency with a child and two counts of super aggravated sexual assault. During it, the prosecution got an indictment that pushed back the date of the assault from July 12, 2013, to as on or about April 15, 2013, a time period wherein Greg was physically present as a resident of the McCarty house and was around the daycare. The children gave testimonies from a closed-circuit television, but every attempt that was done to make them positively identify Greg failed.

Therefore, even though there was no concrete evidence, apart from his name, and that there was another probable suspect, Jonathan McCarty, Greg was sentenced to 25 years in prison without parole and with only the right to file for a new trial. He always maintained his innocence, though, never once wavering from it. And so, in 2017, he filed for a re-trial and was released from prison in August on bond. Two years later, in late 2019, Greg was finally exonerated with the belief “that he is actually innocent of committing the offense.”

“I have fought the good fight, I have finished the race, I have kept the faith.” ‭‭2 Timothy‬ ‭4:7‬ ‭ Words can not describe the plethora of emotions that took over me yesterday. I am officially part of the 200+ people to be exonerated by the state of Texas. IM FREE, I as well as thousands of others who fought long and hard for this day. I have always believed faith without actions is dead. God met us in our time of need. He called and knocked and we answered. James tells us in the Bible that many will see your faith by your actions and not by faith alone. Faith without actions is dead. It was a fight, battle and war but truth, consistency and grit will always win. I want to say thank you to the fighters who have saved my life. ❤️ This could not have been done without you. As my new chapter starts and the old one shuts. 5 “Fs” remain. Faith. Family. Freedom. Football and #FightForGKs #exonerated #imfree

Where Is Greg Kelley Today?

In 2017, Greg Kelley was free, yes, but somehow, it felt the opposite for him. “There were still chains hanging off of me. I was still convicted. These past two years have been a struggle,” he said after his official exoneration. “It’s been hard for me to hold a job, pass a background check. It’s been hard to just even live everyday life with the fear of being torn away from my family. Well, I don’t have that fear anymore.”

And so, finally unafraid and willing to move on in life, he enrolled in UT Austin, a public university in Austin, Texas, where he is majoring in Kinesiology and Health Education. He lived in New York City for a little while before that. Greg plans on following his dreams of getting back into playing football with the hopes that one day he can have the opportunity to play for other teams. Before he was incarcerated, he was verbally committed to play safety for the University of Texas at San Antonio’s football team, which meant that he had to have been really good.

coachgregkelley.com 🤘🏼👊🏼 it’s finally up! —————————————————— I am ridiculously blessed to do what I love to do. since I was a little kid growing up playing football I knew I always had a passion for simply just moving around. I remember I would always get in trouble because I couldn’t sit still and unless I was injured or grounded, I wouldn’t just let anybody beat me in anything. If I lost I would come back for a rematch every time and if I lost again I would be reminded that I’m not the best and that’s okay. I thank God he made me this way because I couldn’t see a life other than the one I have right now. Hard times, good times, tragedies and triumphs… I will never lose a smile on my face and a passion for helping people in my heart. 🙏🏻

Gregory has since also founded a company by the name of Tomahawk Targets, which makes custom axe throwing boards and corn hole sets, and has filed a civil rights lawsuit against the City of Cedar Park and several of its officers for his wrongful conviction. The lawsuit states that the investigation for his case was “incompetent, in bad faith and fundamentally flawed” and that he is seeking monetary damages for mental anguish, emotional distress, and the impairment of his reputation, among other things.

Fortunately, Greg has been able to look forward in life. He recently married his long term girlfriend, the “love of his life,” Gaebri Anderson, who stuck by him all these years. She is a former NFL cheerleader who currently works as a professional Dancer & Choreographer. Together the couple resides in Texas, but they also move around to New York and Los Angeles from time to time. (Featured Image Credit: Showtime)

“The Lord God said, “It is not good for the man to be alone. I will make a helper suitable for him.”” ‭‭Genesis‬ ‭2:18‬ ——————————————— 1-19-20 marks the day I married the love of my life. Being called a husband sounds amazing. I can’t wait to see where God takes us. I love [email protected] ❤️💍👫 #keepingupwiththekelleys 📸 @knocktwicephotography