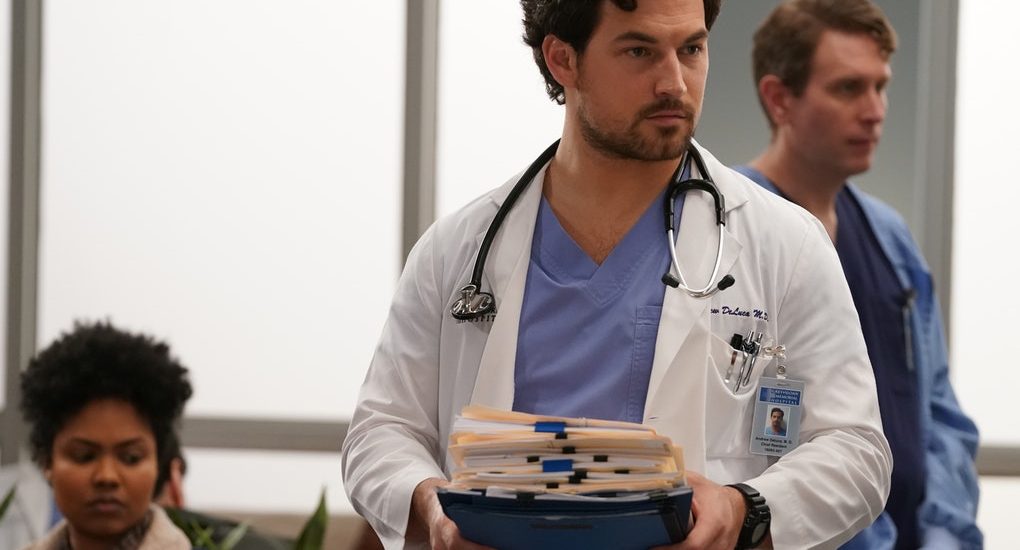 Last week in Grey’s Anatomy, we witnessed a bevy of the craziest cases. There is a couple, attacked by a bear during a camping trip, and Suzanne, who is suffering from a rare disorder. And amidst all the chaos, DeLuca loses his sanity — something that is explored further in this week’s episode, i.e. episode 15.

Now, if you are already done with the last episode, let’s focus on the next week. When, how, and where can you watch ‘Grey’s Anatomy’ season 16 episode 16? Read on to know.

The 16th episode of the 16th season of ‘Grey’s Anatomy’ is scheduled to premiere on March 5, 2020, at 9 p.m ET/8 p.m CT on ABC. The episode is titled ‘Leave a Light On’ and returns one week after the 15th episode of the season was aired. The show follows a weekly format with a new episode being released every Thursday.

Its official synopsis goes as follows: “Bailey and Ben face a huge, life-altering decision, while Meredith and several of the doctors reflect on the past.”

You can watch ‘Grey’s Anatomy’ season 16 episode 16 by tuning in to ABC at the timeslot mentioned above. Other than that, you can also catch the episode live on ABC’s official website or mobile app if you have a valid cable provider’s login.

The episode begins with Dr. Cormac becoming frantic since due to the bad weather, he cannot get the liver, which is three miles away and is vital for saving the life of a young patient. DeLuca volunteers to walk to Seattle Presbyterian Hospital in order to get the job done.

In the ER, one woman brings in another pregnant woman, saying that she hit the latter because of visibility issues due to the constant snowfall. Maggie works on her heart while Owen delivers the baby. The mother also makes it toward the end. That’s a happy ending.

Coming back to DeLuca. Well, he manages to get the liver and delivers it to Cormac and Meredith, who is waiting for him in the OR. On the other hand, DeLuca’s hands are frozen because he did not remember to carry gloves. Meredith asks the nurse to summon Avery and this causes DeLuca to go livid, although he stands the chance of losing both his hands to frostbite.

Luckily the surgery is successful and the girl survives. Meredith then delivers the news to an angry DeLuca, who is with his sister Karina. When the two try to calm him down, the situation just worsens. He shouts, ‘I AM NOT HIM’ – referring to his father who had been diagnosed with a kind of mental disorder.