Growing Up Hip Hop S5 E8: Everything We Know 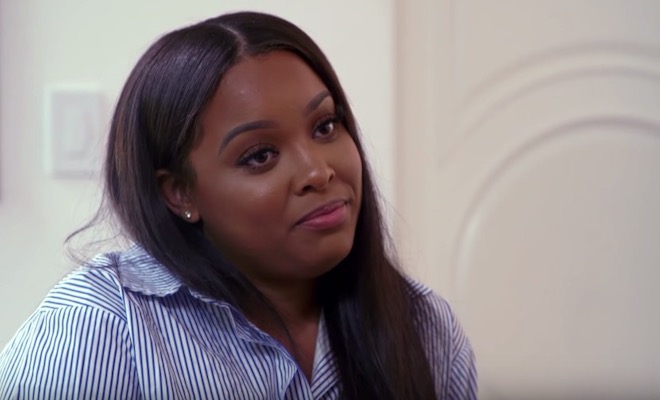 ‘Growing Up Hip Hop’, which is currently in its fifth season, recently wrapped up with its seventh episode this week. We witnessed a jittery Sam gathering courage to talk to Treach and Tee Tee going ahead with her plan of foiling Sam’s wedding plans with Egypt. Even JoJo and Tanice have their own issues before tying the knot.

Now if you are done with episode 7, you might be wondering where and when you can catch episode 8 of ‘Growing Up Hip Hop’ Season 5. Scroll down and you will get to know every detail.

The official description for episode 8 goes like this — “Sam’s proposal goes off without a hitch and triggers a further investigation. Angela bursts into tears when she faces tragedy and heartbreak. Vanessa meets with Master P and is caught back in the middle of a major rivalry between Angela and Romeo.”

You can check out a sneak peek here.

Where to Watch Growing Up Hip Hop Season 5 Episode 8 Online?

If you have a cable connection, simply tune in to We TV at 9 PM ET every Thursday and you can watch all the latest episodes of ‘Growing Up Hip Hop’ season 5. In case you don’t have cable, you can head to the We TV online platform, and stream the episodes.

Cord cutters are undeniably on the rise, and accordingly, options are being made available to them including to live-stream the season on Sling, Fubo, Philo, DirecTV, and YouTubeTV. Episodes are additionally available for purchase on Amazon Prime Video.

JoJo and Tanice are all set for their upcoming nuptials. They head to a luxe boutique where they are seen sorting out wedding knick-knacks when Tanice finalizes the menu without consulting JoJo. JoJo is surprised that macaroni and cheese are not included among the dishes. He also confides to Tanice that he wants a son, with Tanice replying that even if they have a boy, she won’t name him after JoJo.

At that moment, Angela drops by and advises Tanice to hire a wedding planner. Tanice reveals that she would be attending premarital counseling with Rev Run to calm her nerves. Meanwhile, Sam has a discussion with Treach, where he asks Egypt’s hand in marriage. Treach agrees, provided Sam vows to always respect Egypt and her family.

Angela and Rev Run discuss JoJo’s marriage and Angela’s love life. Angela replies that she is still single and all of her romantic ventures have backfired. Briana and Tee Tee are seen plotting their own agenda against Sam. While Briana claims Sam keeps on approaching her, Tee Tee decides to prevent Egypt from attending Sam’s show.

In another scene, Treach converses with Pepa about Sam, with Treach asking her to support the relationship. He also reminds her that she should prevent Tee Tee and Tyran from interfering. JoJo and Tanice meet Rev Run for their counseling session. Rev Run explains that they will do well and won’t end up in divorce.

On Sam’s proposal day, Tee Tee arrives and whisks away Egypt. When the driver takes them elsewhere, Egypt goes all panicky as she realizes she will be late for Sam’s show. Briana and Twist arrive with Tyran while Egypt is stuck in traffic with Tee Tee.