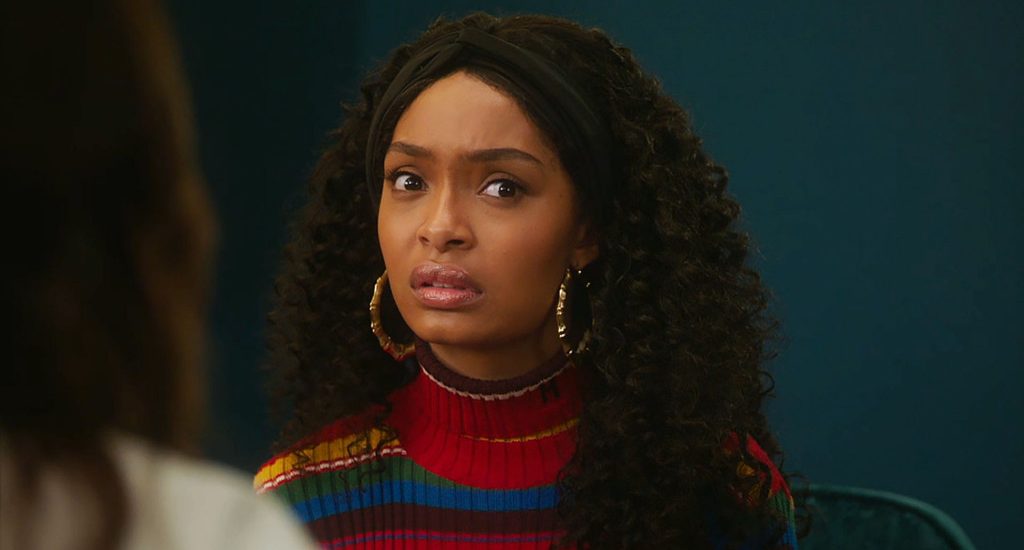 ‘Grown-ish’ kicked off its third season this month on January 16, 2020. The Freeform sitcom is a spin-off of ABC’s ‘Black-ish’ which is notable for its representation of African-American identity.

‘Grown-ish’ takes this theme one step further, and more importantly, into a different territory: college! The single-camera comedy follows the Johnson family’s eldest daughter, Zoey going off to college. She meets and befriends new people, while experiencing living alone, without her family for the first time.

The series was conceived in the form of a backdoor pilot: the twenty-third episode of the third season of ‘Black-ish,’ titled ‘College-ish.’ It stars Yara Shahidi as Zoey and the series tends to focus a lot on her character’s romantic relationships.

The second episode of the third season of ‘Grown-ish’ is scheduled to premiere on January 23, 2020 at 8/7c on Freeform. The episode is titled ‘Damn’ and returns one week after the first episode of the season was aired. The show follows a weekly format and each new episode is slated to be aired every Thursday.

You can watch the second episode of the third season of ‘Grown-ish’ by tuning into Freeform on the timeslot given above. Moreover, the episode can also be streamed online using a cable provider’s login on Freeform’s website or mobile app.

Furthermore, you can also watch the episode live if you have a subscription for Hulu With Live TV, Direct TV, Sling TV or YouTube TV.

‘Grown-ish’ returned to its third season with a major question looming in viewers’ minds: who in Zoey’s group of friends is pregnant?

The episode started out with Zoey inspecting her house for junior year. She attempts to sort Aaron’s and Luca’s situation but ends up misunderstanding both. She seems to have misjudged the goodbye kiss from Aaron for whom it didn’t mean anything. Luca, on the other hand tells Zoey that he chased her to the airport. This makes Zoey wonder if he is still in love with her.

However, one good thing does happen for Zoey: Anna tells her that she is fine with her having kissed Aaron. Then, Zoey decides to spend the rest of her night partying. At the end of the episode, a large brick is dropped on the viewers’ heads though. Nomi is the one who is pregnant!