Is Gunjan Saxena: The Kargil Girl a True Story? 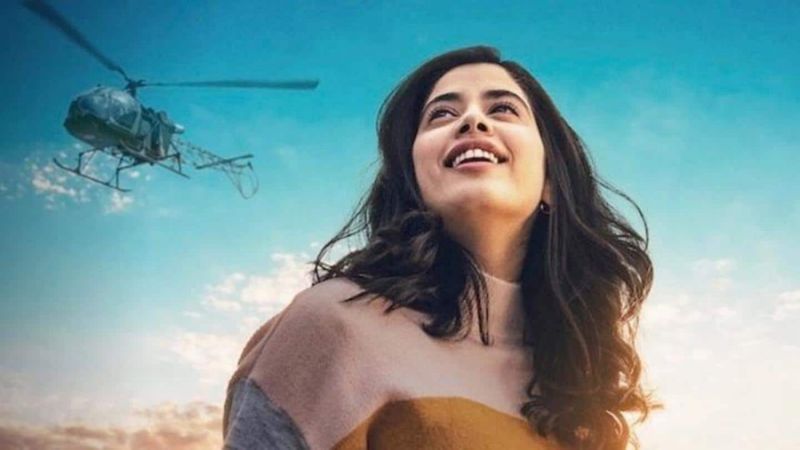 Karan Johar’s movie, ‘Gunjan Saxena: The Kargil Girl,’ stars Jahnvi Kapoor as the titular character, with the supporting cast as Pankaj Tripathi, Angad Bedi, and Manav Vij. The movie tells us the story of Gunjan Saxena, the first woman Shaurya Chakra awardee who is also a Kargil war veteran. Facing many odds in an India that had just allowed women to enlist in the forces, we see her breaking the glass ceiling at every step.

Is Gunjan Saxena: The Kargil Girl Based on a True Story?

Yes! ‘Gunjan Saxena: The Kargil Girl’ is a true story and is based on the life of the ever daring and brave Indian Air Force officer Gunjan Saxena. It explores many facets of her life, including her achievement of being one of the only two women to fly helicopters into the Kargil war zone.

Gunjan Saxena was born in 1975 in Lucknow and wanted to join the forces from a young age. Her father, Lt Col (retired) Ashok Kumar Saxena, and her older brother, Anshuman, also served in the Indian Army. In an interview, she said that she was only 5-years old when she saw a cockpit for the first time, and this only solidified her beliefs further.

This dream was accomplished once Gunjan finished college, and she obtained a Bachelor’s degree in physics from Hansraj College in Delhi University. She then proceeded to join the Delhi Flying Club at Safdarjung Airport. She applied to be a part of the first batch of women trainee pilots in the Air Force, and she soon became Flight Lieutenant Gunjan Saxena.  Udhampur was Gunjan’s first posting, and she was a part of the 132 Forward Area Control. It is reported that she had to face many struggles like using makeshift changing rooms until they set up permanent ones for women.

During the Kargil War, she was posted in Srinagar and was only 25-years old. As a part of Operation Vijay, she evacuated over 900 soldiers, transported supplies to the troops, and was also assigned many surveillance roles. Along with her colleague Flight Lieutenant Srividya Rajan (who is also a woman), she flew the Cheetah helicopters fearlessly in the war zone.

Apart from this, Gunjan also had to deal with difficult terrain conditions in the mountainous region. She had to make use of makeshift landing grounds that ranged between 13,000 feet and 18,000 feet. She, additionally, faced enemy fire at times. In fact, one of the missiles barely missed her helicopter, but she did not waver in her convictions and continued flying. She overcame all these obstacles and the mission was eventually a success.

In the wake of the victory, she earned the nickname ‘The Kargil Girl.’ Gunjan’s accomplishments were further cemented when she was awarded the Shaurya Chakra. It is the nation’s third-highest military decoration. It is awarded for displaying courage and valor when not facing the enemy directly in combat. Owing to the Air Force not providing permanent commission for women, Flight Lieutenant Gunjan Saxena ended her career as a war-time pilot after 7 years in 2004. She is married to a fellow Indian Air Force Pilot, Wing Commander Gautam Narain. The couple also gave birth to their daughter Pragya the same year.

Gunjan Saxena has broken many stereotypes, especially as a part of the defense forces, and countless people will continue to look up to her as an inspiration. Indian Express reports her sentiments towards the film and her success— “I wasn’t really convinced as to why someone would want to do a movie on my life. You have lived your life so you don’t find it exciting. It’s exciting only when someone else looks at it.”