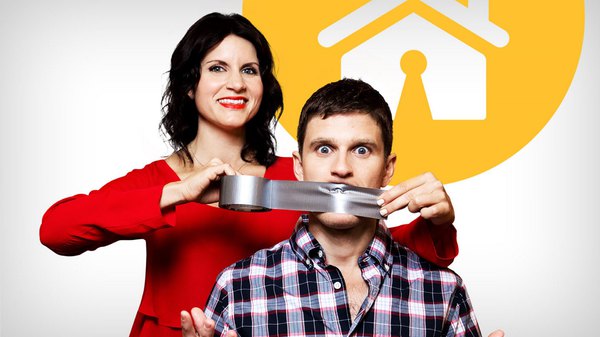 Hack My Life is a comedy weekly how-to or DIY series presented by Kevin Pereira and Brooke Van Poppelen. It is also known as Hack My Life Inside Hacks. The enhanced version of this series features on-screen analysis and commentary of the cast and the host. The U.S. cable network has formed a team with a blogging site named as Tumblr to create this show where they invite people to test the hacks and DIYs on their channel. The participants demonstrate life hacks which can save time as well as money. At the end of each episode, the hosts decide which how-to or DIY hack was one of the best time as well as the money saver. The hack also gains the title of the hack of the week. In the second season, Brooke and Kevin test the solutions and hacks posted on their Tumblr page. “I don’t think it’s a show that helps one person out with all their problems,” she explained. “I think it’s really fun that everyone can watch and identify with one segment or another…I don’t think it’s a show you watch and go ‘I’m applying all of this to my life every day.’ I think it gives you a couple more options to think critically for yourself. It gives you permission to be a little bit more of a MacGyver before you go buy a new item [to replace one] that maybe you felt like was broken or unusable” she said

Hack My Life Season 6 Cast: Who is in it?

The main host of this series is Brooke Van Poppelen and Kevin Pereira. The list of participants of the upcoming season is not disclosed.

Hack My Life Season 6 Plot: What is it about?

The participants use their everyday items to make something innovate and create. The show also features various hacks texted by the hosts. In Hack or Wack, Brooke and Kevin test the hacks which are found on the internet. They have to examine whether the DIY is hack or wack. The hosts also invite people to give their own opinions about the DIYs. In Hack vs Hack, the host tries both the hacks and determines which one is more productive. Many times, people are invited to test these hacks. In Re-Hack, the failed DIYs are given a second chance where it is improvised and revamped. Hacked or Fiction is one of the people’s favorites where the hosts try DIYs from the TV shows and movies and see if they are really useful in real life or not. In previous season various hacks were used such as testing a MacGyver hack, making bread out of melted ice creams, testing a leaf blower hack, testing old banana in the tailpipe hack which is taken from a 1980s movie, making a fancy chandelier out of plastic spoons and creating a gas mask which can be used during a zombie apocalypse. We will update the plot when we get any new updates about this series.

Hack My Life Season 6 Release Date: When will it premiere?

Hack My Life Season 6 is still not renewed yet. We will not know the air date until the announcement is made by truTV. We will update this section when we find any information.

Hack my life season 6 is not renewed yet. For now, you can watch the this clip from one of the previous seasons.