Creating a sports-centric anime might sound quite easy but if you consider the success rate of many of these shows, you will realize that one can either go completely overboard with it or make it worth the hype. Only a few anime shows are able to hit the right spot with all of its aspects. A sports anime should always be created in such a way that even the newcomers to the sports genre or the ones with no previous knowledge about it should be able to get a fair bit idea about the rules of the sport while watching the show. Rules, if thrown away in abundance, can really impact the ones who are watching it for the first time, in a negative way. Similarly, if the rules are not introduced at all, non-experienced viewers will find themselves in a clueless situation.

Even the protagonists of a sports anime should be making some sort of progress all the time because if he/she remains the “I’ll try my best type” till the very end, then the whole thing turns out to be quite disappointing. Take ‘Megalo Box‘ for example: while I personally loved it and also enjoyed its not-so-typical ending, many fans complained about how it ended by just downplaying the conclusion of a whole boxing match. Only a few sports-based anime like ‘Slam Dunk‘ or ‘Hajime no Ippo’ are able to shine above the rest because they focus on balancing out each and every element of the anime instead of emphasizing too much on one. Though the two are based on two very different sports, they are both long-running series and are also very much driven by their characters.

Being a big boxing fan myself, I personally loved ‘Hajime no Ippo’. But I’m pretty sure that even if I was not into boxing at all, I would still enjoy it. There are only a few anime where you’ll actually find yourself rooting for the main characters and screaming on top of your voice while throwing punches in the air. Every fight scene in ‘Hajime no Ippo’ is brilliantly captivating and is backed up with solid stories and build-ups. Every episode also ends with a cliffhanger that keeps you glued on to your screen. Another thing that sets the entire mood for the show and its intense boxing matches is its sound. The OSTs and background scores are so inspiring that you yourself feel motivated to take up boxing lessons.

Overall, ‘Hajime no Ippo’ is a well-rounded anime that has a combination of some epic fight scenes that will get you all hyped up, heart-touching moments that will make you sad for a while and most of all, a very motivating overarching plot that’ll make your heart swell with joy. This anime is for everyone and I am pretty sure that the majority of people who will start watching it, will definitely finish it.

Hajime no Ippo Season 4 Release Date: When will it premiere?

Now coming to Season 4 of the anime, to date, only close 560 chapters of the manga have been covered out of the 1225 chapters that came out in Japan. So there are more than 650 chapters worth of source material available to be covered by the anime. Even the finale of season 3 shows no signs of the series coming to an end so soon unless the director decides to skip a major part of the material and just conclude it with a final OVA or movie. Throughout the years though, ‘Hajime no Ippo’ has lost its popularity and from what it looks like, Studio Madhouse already has a lot on its plate right now. Our best guess is that ‘Hajime no Ippo’ season 4 release date could fall sometime in 2020 or 2021 or even later. However, the list of sports anime is endless and till the time we get any updates on a new season of the series, you can always catch up with the other good ones in this genre.

You can watch ‘Hajime no Ippo’ on Crunchyroll with its original Japanese audio and English subtitles.

The story of ‘Hajime no Ippo’ revolves around a school kid named Makunouchi Ippo, who has been bullied his entire life. He never really fights back and gives in every time his seniors come around to walk over him. He does dream of turning his life around every single day but never gets around to take action. One day, when some of his seniors try to bully him again, a boxer named Takamura Mamoru comes to his rescue and teaches those seniors a lesson. But from all the beating he gets before being saved, Ippo faints and when he wakes up, he finds himself in the Kamogawa boxing gym.

He soon regains his consciousness and notices his surroundings with amazement filled in his eyes. He looks at all the boxers around him training with deep admiration but does not attempt to do anything himself because of his lack of confidence. Takamura comes up to him and asks him to punch a sandbag with all his strength to let out all the anger that he holds against the bullies. He asks him to imagine the bullies’ face on the bag and punch it like he truly means it. This is when something stirs up inside him and Ippo channels all his anger on to the sandbag which, to everyone’s surprise, turns out to be a very strong punch. From this moment on, Ippo feels something click inside him and he decides to learn boxing.

But before he learns how to box, he must first convince Takamura that he actually has what it takes to train like one. Takamura does not take his request seriously and assigns him a nearly impossible test which will determine whether or not he is worthy of being a boxer. To Takamura’s surprise, Ippo actually manages to do the impossible task after training really hard for a whole week. He then starts seeing Ippo’s true potential and decides to give him a shot at his gym. Soon, Ippo starts training at the Kamogawa boxing gym, where initially, everyone doubts his capabilities because of his tiny build and sensitive looking face. But as soon as he steps into the ring for his first match, everyone realizes that he has the true spirit of a fighter.

Now under the guidance of the best coach in the town, Ippo must prove that he has what it takes to be a champion. Along the way, he faces many opponents, each with unique strengths of their own. In order to defeat each one of them, he must now find his own way and use his undying spirit to his advantage. 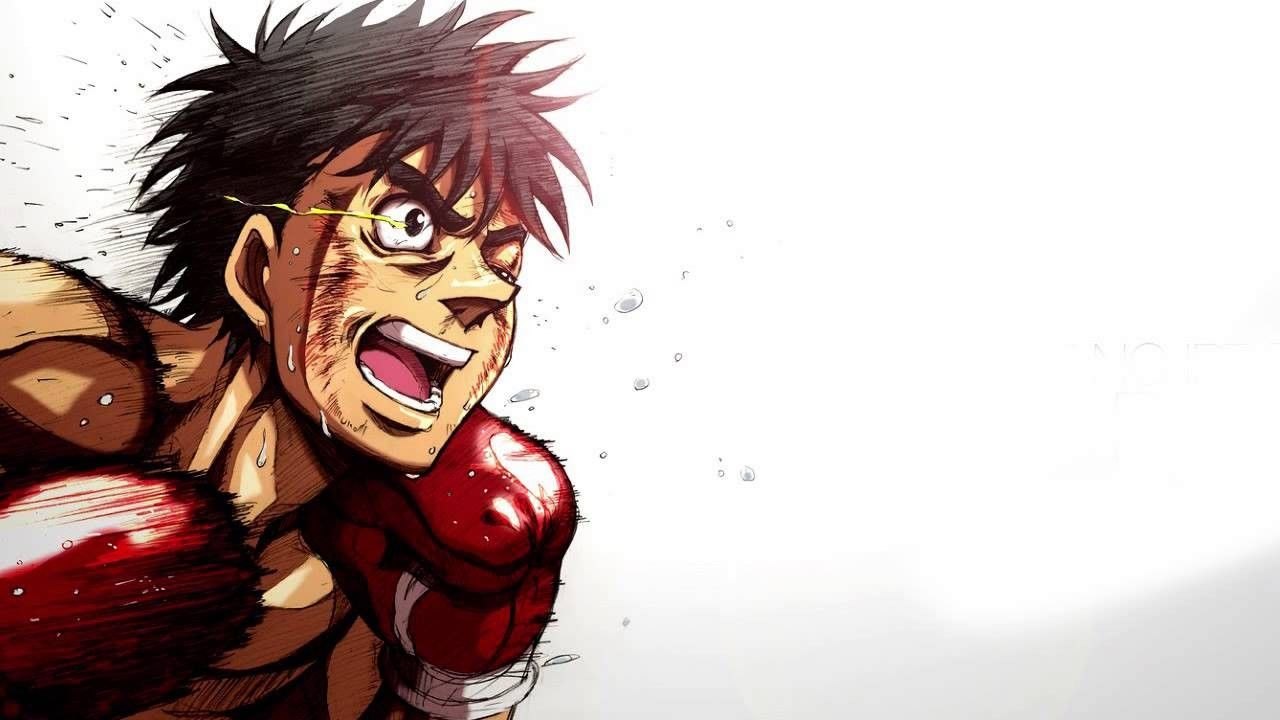 Ippo is the main protagonist of the show, who lives with his mother and often helps her out with their family’s charter boat fishing business. His boxing style heavily relies on high strength peak-a-boo punches that come out of nowhere and knock out his opponents. Speed isn’t really his strong suit and that’s why he tries to work his way around through his strength. When he initially starts off as boxer, he lacks even the most basic boxing skills but there’s one thing about him that gets everyone’s attention at the gym and that is his undying fighting spirit. No matter how many times he got knocked down, he would somehow gather all his strength and fight back with what is left in him. This fighting spirit of his later allows him to excel at his training at the gym and also helps him win many fights where the odds are completely against him. 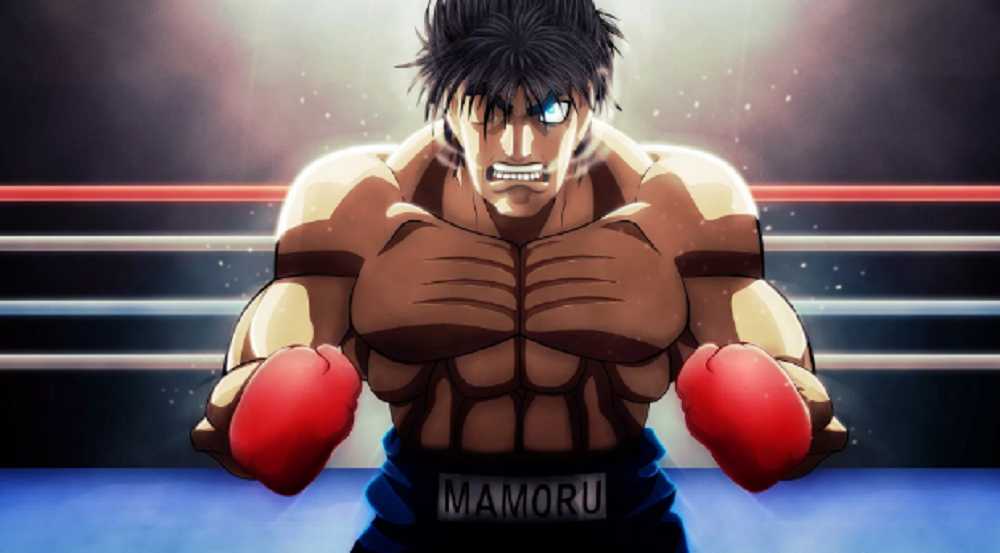 Takamura is a Multi-Weight Class professional boxer who is affiliated with the Kamogawa Boxing Gym. He is a rude, vulgar and self-centered boxer who never shows any concerns for his opponents. He often boasts about himself and preaches about being the greatest boxer of all time. But when it comes down to actually proving who he is on and off the ring, his hard work and dedication towards the sport do all the talking. He may have a big mouth but everything he preaches about is actually put into action when he steps in the ring and literally devours all his opponents.