When Does Halo Infinite Come Out?

Sony and its PS4 exclusives may be killing it in the market with every new release, as they will with their upcoming ‘The Last of Us: Part II’, but if XBox and Microsoft ever had an ace in the hole, it would be the Halo games, beginning for 2011, and lasting well into the second decade of this century. After the massive success of ‘Halo 5: Guardians’, the sixth canonical entry in the main game series, titled ‘Halo: Infinite’ comes out next year, and the excitement for it seems like at an all-time high.

As of late, even as the games are selling well, subsequent games in the franchise have been noted to have diminishing storylines, all the while maintaining the giddy excitement of Master Chief’s exploits against the Covenants. Hopefully, ‘Infinite’ can fix that and deliver exactly what the franchise promises and has come to be known for. Read on to find out everything that we know about the upcoming, much awaited Xbox feature, ‘Halo: Infinite’.

Halo Infinite Plot: What Is It About? 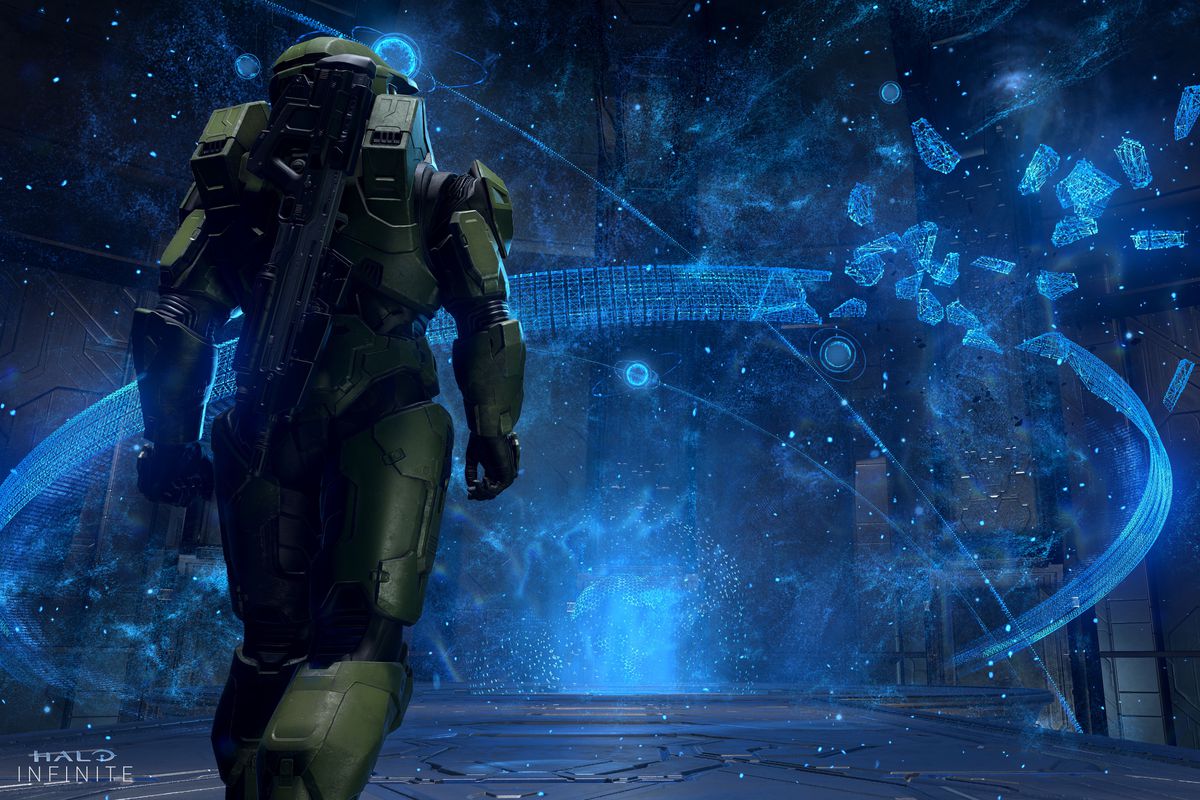 ‘Halo: Infinite’ is all set to serve as a “spiritual reboot” of the franchise, and yet still, it will pick up directly after the events of the fifth one. “There has been a lot of introspective time to really reflect on what we have done as 343,” said Bonnie Ross, the head of 343 Industries. “Maybe it took us two games to get there, and I think we’ve done good things and bad things, but what does Halo mean to us? It is about hope, and wonder, and heroism, and humanity, and community, and bringing a community together. That’s what that trailer is, and that’s what we want to do”, she stated about the game and the relevant amount of course correction that the studio has undertaken with the game.

It also dearly seems that the feedback to the fifth game, ‘Guardians’, has been heard loud and clear, and while the fifth one split the story and screentime into two: that of Master Chief and that of Spartan Locke, something that received imminent backlash, the studio would be reverting solely to the Master Chief as the primary and only player in the game, stating that the game would be “much more human”, and that it would follow “his greatest adventure yet to save humanity”. 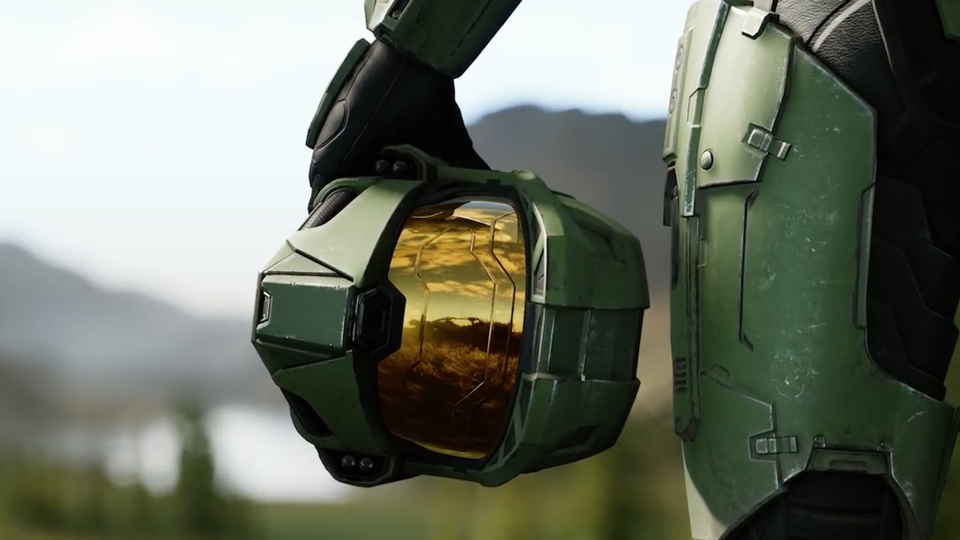 To add to the course correction, the sixth outing in the franchise seems to have found its footing with the classics and what they got right, iconically so. The trailer of the game premiered at E3 2018 indicated that the game would be set on another Halo ring, and would feature the Master Chief donning a new armour, heavily inspired from and resembling his older MJOLNIR Mark VI and Mark IV from Halo 2, 3, 4 and Halo Legends.

Even I have to admit, seeing the Master Chief in his iconic looking green exo-armour did get me giddy with excitement, as he simply just and is ready to battle in the face of peril. If ever Chief and Doom Slayer from the ‘Doom’ series of games were to team up, safe to say the frequency of alien attacks upon us would be straight out nullified. 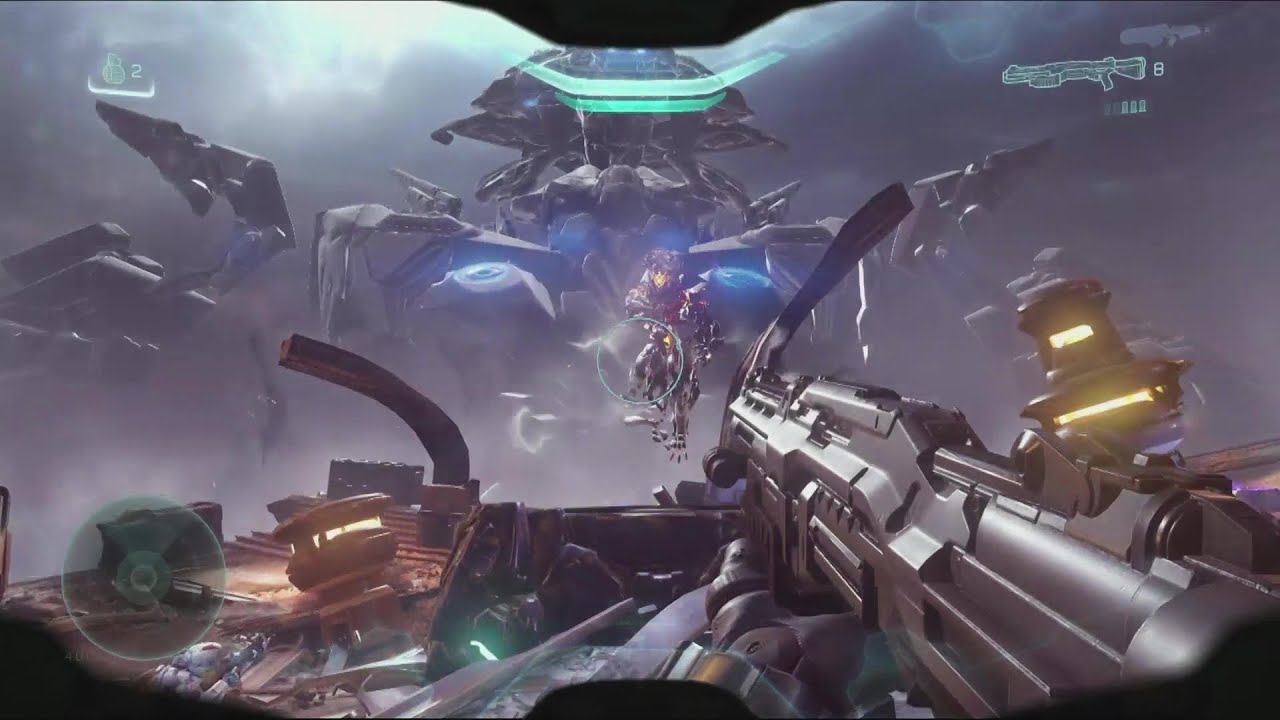 As with the other games in this franchise, ‘Halo 6’ will feature a single person shooter format that players have been ordained with over the games of the franchise and many, many more games from the genre. As with the other games in the Halo franchise, the gameplay mechanics of ‘Infinite’ would also mostly draw in from the previous game, while attempting to improve upon them. It would be fair to presume that akin to the fifth, players would be required to step in a highly powered armour with various abilities, allowing the players to use deflector shields that diminish and recharge with attacks and time, apart from the ability to carry a maximum of two personal weapons, a crew weapon, and hand grenades and other explosives.

Halo 5 also saw a jump in the number of objects in the game’s environment one could interact with, especially vehicles and their mounted weaponry, something that should transport over to the sixth one as well. At this point, I must state that since the engine powering the game is still undergoing some behind the scenes works, a gameplay trailer hasn’t released and we aren’t sure whether all of the armour features from ‘Guardians’ will make their return in the sixth one or not.

In consonance with that, there is still no saying whether Spartan Abilities from the MJOLNIR armour, including flight thrusters allowing greater mobility, and the accompaniment of both human and non-human allies, including other Spartans on the missions would be incorporated in the fifth game or not. However, since they massively improved gameplay mechanics, I don’t see a reason why they, or refined versions of them thereafter may not return. However, what has been confirmed is that due to the severe backlash faced by the absence of a splitscreen in ‘Guardians’ in multiplayer mode, the makers over at 343 industries have ensured that Halo 6 would feature a splitscreen mode in its extensive multiplayer.

Halo Infinite Crew: Who Is Behind It?

As with the other main games in the franchise, ‘Halo 6’ has been developed by 343 Industries and would be published by Xbox game studios of which 343 is a subsidiary company. Curtis Schweitzer has worked as the composer on the game, bringing back a number of the classic tunes as can be heard from the trailer itself, while Nicolas Bouvier would be heading the team of Artists extensively working on the game’s graphic content.

Halo Infinite Release Date: When Will It Premiere?

Sorry, PS4 users, you will have to sit this one out. ‘Halo: Infinite’ will be available for release exclusively for Windows PC, Xbox One and a new upcoming Xbox console in “Holiday 2020”, which is to say presumably the fourth quarter of next year, with no definite date yet. The exciting news here of course is that ‘Halo: Infinite’ would be the launch title for the next-gen Xbox console titled “Project Scarlett” that will be pioneer in hosting the all new Slipspace engine powering the game. All the graphics shown in the E3 trailer (shared below) have been rendered on the same, so you already know how powerful it is, and how minimal you can expect the trailer to game visual quality loss to be. Fingers crossed for this one though.

Check out the second trailer for ‘Halo Infinite’ that premiered at this year’s E3.