Hannah Teter From The Titan Games: Everything We Know 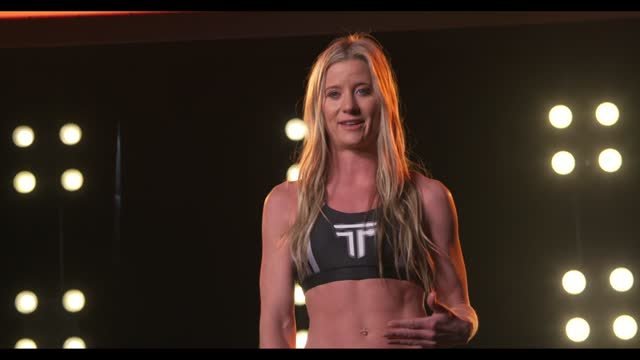 The second outing of ‘The Titan Games’ has taken all steps possible to keep the competition as tough as it can get. You might already know its format. Extremely resilient participants battle it out to outdo each other in a series of difficult obstacle-based challenges. The contest culminates with a race up Mount Olympus but this time, the challengers need to compete against hand-picked Pro Titans, personally chosen by Dwayne Johnson. One of these super-fit and strong athletes + contestants is Hannah Teter.

Hannah Teter: Where is She From?

Born in Belmont, Vermont, Hannah is the only daughter of Jeff and Pat Teter. She is the youngest of the five siblings. Her brothers Abe, Elijah, and Amen are also snowboarders while Josh (the last brother) is a snow-blader. Teter’s parents were skiers but currently, they also are into snowboarding. After being influenced by her fam, Hannah started snowboarding at the age of 8 on the mountain of Okemo. She passed out from Okemo Mountain School and was professionally coached in the game by Elijah. She is a vegetarian and sticks to a completely plant-based diet.

It’s time to get fit!

Born on January 27, 1987, Hannah is currently 33 years old. She is a professional snowboarder and an Olympic champion, having bagged a gold medal in halfpipe at the 2006 Winter Olympic Games, held in Torino, Italy. She then won a silver medal at the 2010 Winter Olympic Games in Vancouver. Subsequently, Hannah was honored with a bronze medal in the 2005 FIS World Championships at Whistler, British Columbia. With six World Cup victories in her resume, Hannah was picked for the US Team to participate in the 2010 Winter Olympics in Vancouver. Here, she won a silver medal in women’s halfpipe at the Vancouver Games. She bagged the fourth position at the 2014 Winter Olympics in Sochi. Apart from her professional achievements, Hannah is a philanthropist and is the founder of Hannah’s Gold.

Pumped to be joining @therock and a talented crew of athletes in a return of titanic proportions! Titan Games is back May 25 on @nbc #TitanGames

Hannah Teter The Titan Games Prediction: How Far Will She Go?

Hannah is one of the Pro Titans selected by host Dwayne Johnson, to challenge the contestants in the Mount Olympus race. If any of the contenders defeats the Pro Titan, s/he takes their place as the Titan of their gender and region. The winners get the chance to defend their title in the subsequent Mount Olympus race, held in the next episodes. In the eighth episode of the second season of ‘The Titan Games’, the Eastern region kicked off their game, with Hannah as the Pro Titan.

The hype is real! It’s time to get wild:) Check out the #TitanGames airing tonight at 8/7c on @nbc !

However, the gold medalist snowboarder was defeated by Haley Johnson. Hannah could not keep up her pace toward the end although she had a fast start. But Hannah will get another chance to redeem herself in the Eastern regional finals. If she wins, she also has an option to compete in the finale. Noting Hannah’s resilience and a knack for winning, we bet she won’t go easy on her competitor this time!

Read More: The JD Marching Band From AGT: Everything We Know