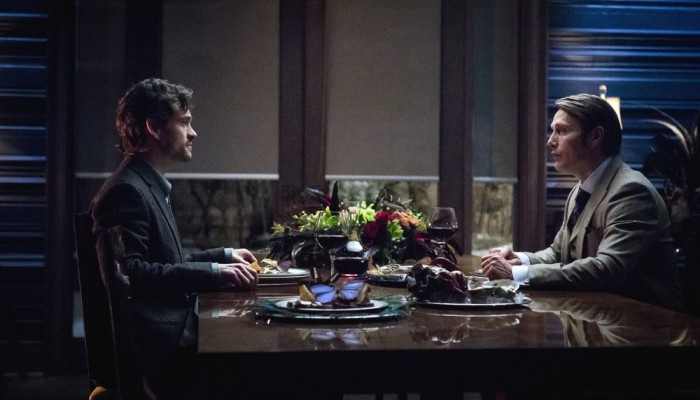 When you ask any psychological thriller addict about a movie that managed to strike a chord in their brains, almost everyone will say, ‘Hannibal’. Featuring forensic psychiatrist Dr. Hannibal Lecter (also a secret cannibalistic serial killer), Thomas Harris’ novels, ‘The Silence of the Lambs’, ‘Red Dragon’, ‘Hannibal’ and ‘Hannibal Rising’ have been adapted into some of the best, widely acclaimed, and fan-favorite films ever.

And based on the very characters appearing in these books is the tv series, ‘Hannibal’, which revolves around two characters — FBI special investigator Will Graham (Hugh Dancy) and Dr. Hannibal Lecter (Mads Mikkelsen).

When Graham investigates the twisted case of a gifted serial killer, he is advised by his boss Jack Crawford to seek the help of Lecter. Although Lecter initially uses this collaboration to manipulate the FBI, later, he develops a relationship with Graham since the latter harbors a kind of empathy for psychopathic murderers. Hannibal starts using his mind-tricking abilities to coerce Graham into becoming a killer himself.

The series was lauded by critics for its visual style and the performance of the lead actors. As a result, it soon became a cult hit and was renewed three times, with the third season, ending in August 2015. Although it has been several years now, we have not heard about another season but that has not stopped fans from speculating about a potential fourth installment. In short, the question that still remains is: will there be a ‘Hannibal’ season 4? Well, let’s find out.

Since its premiere in 2013 and its run for three years, ‘Hannibal’ might have developed a loyal, small fan-base but its ratings were never impressive. On June 22, 2015, NBC released an official statement, saying:

“We have been tremendously proud of ‘Hannibal’ over its three seasons. Bryan and his team of writers and producers, as well as our incredible actors, have brought a visual palette of storytelling that has been second to none in all of television — broadcast or cable. We thank Gaumont and everyone involved in the show for their tireless efforts that have made ‘Hannibal’ an incredible experience for audiences around the world.”

To summarize, NBC will not be ordering a fourth season of the show. The announcement came when the series had just started its third season. And the only reason behind this decision was its consistently low ratings. So, yes, ‘Hannibal’ season 4 officially stands canceled on NBC.

However, fans cannot still help but expect that their favorite characters will make a comeback, somehow. Even creator Bryan Fuller and the cast have been dropping hints about a return across the years. And with the conclusion of season 3, there is plenty of scope for the series to go on.

Fuller even discussed with Amazon Prime Video and Netflix about a possible renewal, but the team’s exclusive deal with Amazon and the platform not giving enough time to Fuller to develop a full-fledged story made this an unsuccessful attempt. Later, Fuller said that he was planning on making a movie based on ‘The Silence of the Lambs’ plot.  In 2016, he stated that he would develop a miniseries instead but would have to wait for two years after Hannibal’s last episode due to legal reasons.

In January 2019, Mads Mikkelsen confirmed that Fuller was working on securing the rights for ‘Silence of the Lambs’, which was followed by Fuller’s confirmation, who stated that he was finalizing a network to launch the miniseries. Although this would not be a continuation of the original show, it would still feature all the lead cast members and will most probably take inspiration from the ‘Silence of the Lambs’ storyline. And according to us, this is a good decision, considering the fact that considerable time has passed since the finale last aired on tv screens.

We have already seen the positive responses from fans for revivals like ‘Twin Peaks‘ and ‘The X-Files‘. Hence, there’s indeed a good chance for ‘Hannibal’ to make its way to a streaming platform in the next couple of years. Until then, stay tuned for more updates.