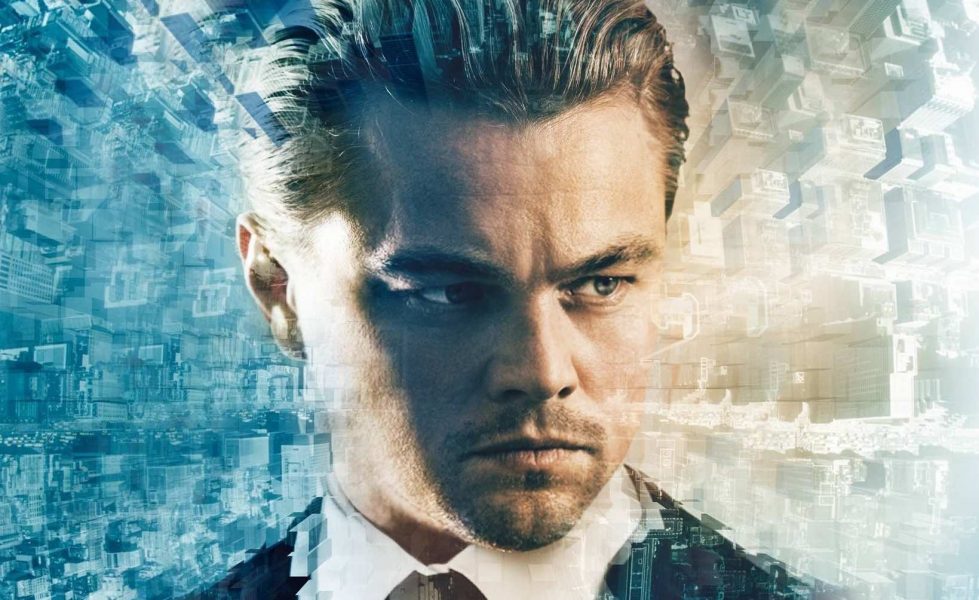 A movie’s soundtrack is as important as the script, dialogue, acting, direction and cinematography. To realise the importance of the score of a movie, one must watch a particular scene with and without the background track. One will immediately realise the complete transformation of that scene from average to exceptional. Hans Zimmer is a modern legend. The German is considered one of the greatest movie score composer and record producer around. He began his career in early 1980’s. His breakthrough came with ‘Rain Main’ (1998) for which he received recognition and critical acclaim. Hans Zimmer has composed and produced over hundred soundtracks and film scores. He has won one Academy Award, four Grammy Awards, four Satellite Awards, two Golden Globes and three Saturn Awards. He also has a star on the Hollywood Walk of Fame.

Zimmer has been known for his several collaborations with acclaimed film director Christopher Nolan, giving some memorable and epic scores. Here is the list of best Hans Zimmer movie albums:

Hans Zimmer collaborated with Dutch DJ and composer Junkie XL for the soundtrack of ‘Batman V Superman: Dawn of Justice’. Zimmer had stated that it was a challenge composing for this film as he had earlier worked on the ‘The Dark Knight Trilogy’ and had to make sure none of that work was repeated. The movie had audiences divided but one thing everyone agreed upon one that it had an amazing soundtrack. The movie had some great tracks like “Beautiful Lie”, “The Red Capes Are Coming”, “Do You Bleed?” and “Is She with You?”. Special mention to “Is She with You?” which plays as an introduction to Wonder Woman in the movie and DCEU. It’s fresh and energetic and one theme you would love to hear again and again.

The movie was an out and out success. A period drama showing the life of an African-American man sold into slavery. The movie is emotional and with a powerful story. For such a story, a soundtrack and score of equal magnitude is required. Hans Zimmer provides us just that. Unlike his heavy heart thumping soundtracks. The score of the movie ‘12 Years a Slave’ is more sober and subtle which goes perfectly with the movie. The main theme “Solomon” is soothing and powerful at the same time. Zimmer was deservedly nominated for a BAFTA Award for Best Film Music and a Golden Globe Award for Best Original Score.

Tom Cruise starrer ‘The Last Samurai’ was a movie which had a pretty good background score. The film had some really soft tracks but also had some tracks during the fight scenes were chest thumping. There were two stand out tracks out of the entire soundtrack- “A Way of Life” and “The Way of the Sword”. Zimmer was nominated for the Golden Globe Award for Best Original Score for his work on “The Last Samurai”.

Ron Howard’s thriller based on Dan Brown’s bestseller of the same name had Hans Zimmer giving us one of his excellent thrilling background score. Going perfectly with the film’s mysterious and dark theme. The soundtrack is a perfect match to the visuals and Howard’s excellent direction. Tom Hanks in one of his iconic roles as Prof. Robert Langdon, Zimmer’s score enhanced his brilliant acting. Zimmer was again nominated for the Golden Globe Award for Best Original Score and Grammy Award for Best Score Soundtrack for Visual Media. It certainly is a beautiful soundtrack. Do not miss “Fructus Gravis” and the main theme “Chevaliers de Sangreal”.

The thing about Hans Zimmer and his soundtracks is that they rarely fail to give you goosebumps. Directed Ron Howard, ‘Rush’ was biographical sports film based on the life of F1 drivers Niki Lauda and James Hunt, looking at their relationships on and off the race track. There are cold conversations, adrenaline pumped races and Zimmer gives us a perfect background score for each and every occasion. Each and every track is excellent but there is one that you can’t miss at any cost and that’s “Lost but Won”. It begins slow but picks up and is one of the best piece you are likely to hear. A personal favourite!

Yes, one must be surprised as to why the second film is there on the list and not the first one ‘Pirates of the Caribbean: Curse of the Black Pearl (2003). For one simple reason, Hans Zimmer was credited only as a music producer in the first film. The main composer for the film was Klaus Badelt. Though the main theme was co-created by both Badelt and Zimmer. Zimmer took over the composition of the entire soundtrack for the second, third and fourth ‘Pirates’ film. In the second one, ‘Pirates of the Caribbean: Dead Man’s Chest’, it was once again Zimmer doing what he does best, great tracks for excellent movies. The soundtrack matched the craziness of Depp’s Jack Sparrow. Must hear tracks from the film’s soundtrack are “Jack Sparrow”, “The Kraken”, “Davy Jones” and “He’s a Pirate”.

We are entering a territory of Hans Zimmer soundtracks and background score where it stops being just great but becomes legendary. The first of the ‘The Dark Knight Trilogy’. Nolan was bringing Batman to the big screen after a long break. The score needed to be exceptional and so it was. Heart throbbing, goosebump-inducing and fast paced when it needed to be. It began a set of similar themes. Tracks like “Vespertilio”, “Barbastella”, “Antrozous”, “Corynorhinus” and “Molossus” are excellent. Zimmer collaborated with James Newton Howard for the score. Trivia- The titles of tracks 4 through 9 form an acrostic: Barbastella, Artibeus, Tadarida, Macrotus, Antrozous, and Nycterus all come together to spell “BATMAN”.

One of the more recent works of Zimmer. Collaborating with English director Christopher Nolan, Zimmer gave a haunting and pumping soundtrack for ‘Dunkirk’. Imagining the director relying heavily on background score and minimal dialogues in a movie. Imagine how important music becomes in such a movie. Hans Zimmer delivers what is expected of him and gives an amazing score. The entire movie works on it and the brilliant direction of Nolan. There is an urgency, there is anticipation and there is hope. It’s a beautiful soundtrack. The best of the list are “The Mole”, “Home” “The Oil”, “We need our Army Back” and “End Titles”. It won’t be surprising if Zimmer is nominated and even wins multiple awards for his effort.

Hans Zimmer provides us one of the most eccentric yet recognisable soundtrack in recent times. Guy Ritchie’s ‘Sherlock Holmes’ starring Robert Downey Jr. in the titular role has amazing score throughout the film. The theme “Discombobulate” is a well-recognised piece of music over the world. But some tracks such as “My Mind Rebels at Stagnation”, “Panic, Shear Bloody Panic” and “Psychological Recovery… 6 Months” which plays during the famous fight scene is exceptional. The entire soundtrack has a lot of use of Banjo, cimbalom, violins and many unconventional instruments. Zimmer was nominated for Academy Award for Best Original Score, Grammy Award for Best Score Soundtrack for Visual Media and a Saturn Award for Best Music.

Another Nolan movie, the third and final one in ‘The Dark Knight’ trilogy, Hans Zimmer returned to gives us another adrenaline rushing soundtrack. It was Zimmer’s score that gave Bane his identity. His terrifying and mysterious persona was defined by Zimmer’s “Gotham’s Reckoning” track. With tracks like “Rise”, “Underground Army” and “Born in Darkness” the heart of the movie was its score. It was praised worldwide.

Like ‘Batman Begins’, ‘The Dark Knight’ was also composed by Zimmer in collaboration with James Newton Howard. The very first scene of the movie has an extremely powerful score “Why So Serious” which introduces us to the Joker. It’s chilling and sharp, defining the Clown Prince of Gotham perfectly. Then there is the famous and most recognisable “Aggressive Expansion” which plays at the end and lot of times during the movie. Other excellent tracks include “A Dark Knight”, “Watch the world burn”, “Agent of Chaos”, “I am the Batman” etc. You can’t imaging the movie without the music because it wouldn’t be the same. Zimmer received a Grammy Award for Best Score Soundtrack for Visual Media.

Yet another soundtrack for director Christopher Nolan by Hans Zimmer. It’s like this pair have been born to give us a great combination of great film and an amazing soundtrack. To give a background score to a sci-fi space film like ‘Interstellar’ a lot of research and work is required. But with 2 geniuses working with each other, the results can only be good. The entire soundtrack was beautiful, matching each frame perfectly. The music blends excellently with the emotion of the film. Hans Zimmer received nominations for awards like Academy Award for Best Original Score, BAFTA Award for Best Film Music, Golden Globe Award for Best Original Score and Grammy Award for Best Score Soundtrack for Visual Media for his work on ‘Interstellar’. Do not miss a single track of this movie.

There has to be a reason why directors like to work with specific music composers on their film. The case may be that the director knows that the composer understands his/her needs. That must be the case with Nolan-Zimmer. This is the 6th film on the Top 8 on the list that has a Nolan-Zimmer collaboration. Inception was a complex movie but the score wasn’t complex. The score was loved by the critics and audiences. It is one of the best soundtracks of recent times. Many have been influenced by Zimmer’s ‘Inception’ score and try to create such a score. Tracks like “Time”, “Waiting for a Train”, “Half Remembered Dream’, “We built our own world” and “Paradox” come once in a lifetime!