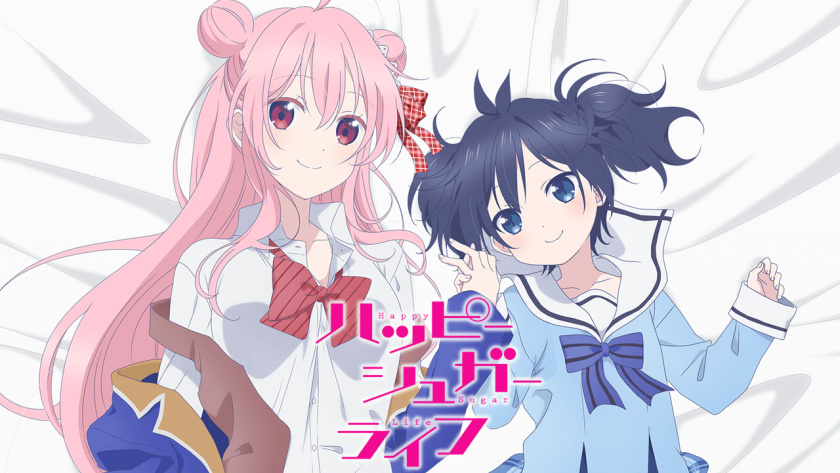 Happy Sugar Life (also known as Happī Shugā Raifu in Japanese) is a psychological thriller anime television series which is based on a manga series of the same name. Written and illustrated by Tomiyaki Kagisora, the manga series was first published in the Gangan Joker magazine on May 22, 2015, and new chapters are being published to this day. Three years after the initial publication of the manga series, a Japanese anime studio called Ezo’la announced plans to adapt it into an anime television series and Season 1 of Happy Sugar Life subsequently made its way to viewers’ screens on July 14, 2018. It was deemed a success by fans of the manga series and new viewers alike, and since then, fans have been waiting to hear news on a second season. Here’s everything we know about the prospects of Season 2 thus far.

Happy Sugar Life Season 2 Release Date: When will it premiere?

Happy Sugar Life season 1, consisting of 12 episodes, premiered on July 14, 2018 and ran till September 29 of the same year. However, in spite of its popularity, a second season has not been confirmed yet.

That being said, there’s no reason to get worried just yet. Anime shows sometimes take five years to renew, and hence, there’s plenty of time for Ezo’la to announce a second season. Further, since new chapters of the manga series are still being published, there’s no dearth of source material for a second season. Given these facts, we think there’s a decent chance of Happy Sugar Life being renewed for Season 2. If that happens, our best guess is that Happy Sugar Life season 2 release date could be sometime in 2020 or 2021. We will update this section as soon as we hear more.. We’re keeping our ears open for news on Season 2 of Happy Sugar Life and we’ll update this section as soon as we hear more.

Although many anime shows which have an international following receive English dubs, that has not been the case with Happy Sugar Life thus far. While that’s unfortunate for those who like watching anime shows in English, the good news is that the original Japanese version has been praised far and wide. If you want to watch the show, you can find the original Japanese version with English subtitles on Amazon Prime Video.

Happy Sugar Life is a psychological thriller which has horror elements.

The show revolves around a high schooler called Satō Matsuzaka and her relationship with an eight-year-old girl called Shio Kōbe. While this relationship is pure and not sexual, there’s a sinister side to it.

Satō appears to be a normal high schooler. She is approachable and pretty, and has a reputation for being very popular among the boys, so much so that she is known as “New Guy Every Three Days” Satō. However, beneath this seemingly cute and flirty personality is a psychopath who doesn’t see much value in human life and has almost no empathy. However, Satō’s life takes a sudden unexpected turn when she meets eight-year-old Shio, and realizes that she is in love with Shio’s innocence. In order to realize the love she feels for Shio, Satō kidnaps the eight-year-old and hides her in her apartment so that the two of them can live their happy lives together away from the prying eyes of society.

While the going is smooth initially, and Shio also shows a lot of affection for Satō, things take a sinister turn when Satō starts committing crimes, including murder, to ensure that she and Shio can continue to live in what she perceives as paradise.

Although Happy Sugar Life has a limited number of characters, there are several main characters in the show. Below, we’ve provided you with brief backgrounds on each of the main characters.

Satō Matsuzaka: The main protagonist of the show, Satō is an anti-hero. She is a first year high school student at the Makiko High School, and appears to be an approachable, kind, and attractive person. However, underneath her facade of kindness is a cold, calculating, and emotionless psychopath who is adept at manipulating people. While Satō is shown to be mostly emotionless, her life takes a drastic turn when she meets eight-year-old Shio and falls in love with her. While this love is not sexual but pure, Satō’s desire to actualize this pure love that she feels leads her to kidnap Shio and keep her at her apartment. While Satō continues to maintain her kind facade in public, she is willing to go any lengths to ensure that nothing ruins her relationship with Shio, and is even willing to kill others for it. In order to support herself and Shio, Satō works as a waitress at a cosplay restaurant called Cure á Cute.

Shio Kōbe: The second main protagonist of the show, Shio is an eight-year-old girl who serves as the embodiment of innocence in the show. Although Satō kidnaps Shio, the eight-year-old remains unaware of the true nature of her relationship with Satō, and believes that Satō cares for her like an older sibling or parent. However, Shio starts to see past the superficiality of their relationship later in the show. In the final episode of the anime, Shio hugs Satō and the two fall off the roof of their apartment. While Satō is killed in the fall, Shio survives sustaining only minor injuries. In the aftermath of Satō’s death, Shio keeps Satō’s wedding ring and ribbon as mementos of their relationship. Shio even starts to claim that she has been reborn as Satō, and she also believes that Satō herself will be reborn in the future.

Asahi Kōbe: Asahi is another main character in the show, and for the most part, spends the show searching for Shio. It is later revealed that he is Shio’s older brother, and had saved her from their abusive father.

Shōko Hida: Satō’s best-friend and co-worker at Cure á Cute, Shōko hails from a rich family. Later in the show, she finds out about Satō’s relationship with Shio, at which point Satō murders her. In the final episode, police manage to identify her body, and arrests Satō’s aunt as part of the investigation.

Taiyō Mitsuboshi: The final main character in the show, Taiyō is Satō’s co-worker. As the show progresses, it is revealed that Taiyō was held captive and raped by his former boss, making him develop a fear of older women. When Taiyō sees flyers on Shio’s disappearance, he becomes obsessed with her appearance as he perceives her to be the embodiment of innocence. In the final episode, Taiyō is raped by Satō’s aunt.