All You Need to Know About Hard Knocks: Los Angeles 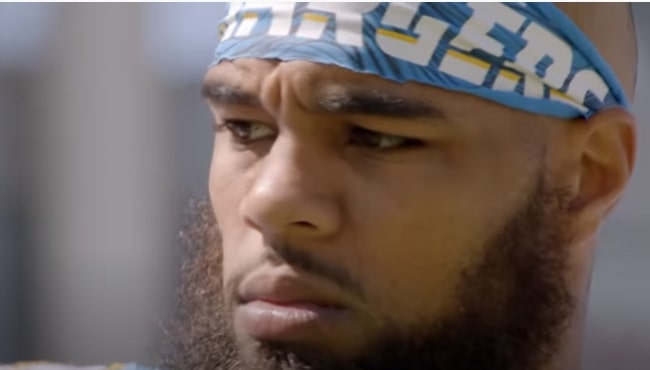 Considering the NFL has enough twists and turns to be as exciting as any television show, it is no surprise that ‘Hard Knocks,’ a reality sports documentary, has gained immense popularity among spectators. Following the professional lives of coaches, players, and staff, ‘Hard Knocks’ tracks one team through its time in training as it prepares for the upcoming season. The show takes us inside NFL like never before, as we learn from the players’ families and become familiar with the inside jokes and pranks within a team.

Hard Knocks: Los Angeles Release Date: When Will It Premiere?

‘Hard Knocks: Los Angeles’ is slated to release on August 11, 2020, at 10 PM ET. Episodes are supposed to drop at weekly intervals with the season wrapping up on September 8, 2020.

Since ‘Hard Knocks’ is co-produced by HBO and NFL Films, you can watch the reality series on HBO, with a cable subscription. If you’re a cord-cutter, you can head to HBO Max, HBO Go, and HBO Now.

Who is in Hard Knocks: Los Angeles?

As we detailed, ‘Hard Knocks: Los Angeles’ is about the two teams in focus. Thus, we can expect to see their head coaches, taking up quite a bit of camera time. Since the new season focuses on the Los Angeles Rams and Los Angeles Chargers, we get to see Anthony Lynn of the Chargers and Sean McVay of the Rams. Apart from that, Liev Schreiber is back as the narrator.

What is Hard Knocks: Los Angeles About?

The Rams and Chargers are at the focus of the new season. The crews have around 2,300 hours of footage, which promises unparalleled access during their training season. We are made privy to board meetings, involving members of the team, the coach, and even meetings among players. There’s focus on roster cuts and battles about positions. Ultimately, the inside look at the California training camps will tell us how well the teams are prepared for the upcoming football season. Notably, both sides will start their campaigns five days after the season wraps up. The Chargers face the Bengals at Cincinnati, and the Rams go up against the Dallas Cowboys.

Apart from the teams themselves, we see how the move to the new stadium affects the training practices. An essential aspect of ‘Hard Knocks: Los Angeles’ is the COVID-19 pandemic and how each time has worked around the various restrictions and safeguards in place.

Before ‘Hard Knocks: Los Angeles’ takes us on the fantastic journey once again, with all the anticipation that comes before a new season, here’s the trailer to give you a taste of what lies in store.