Harley Quinn Season 2: What to Expect? 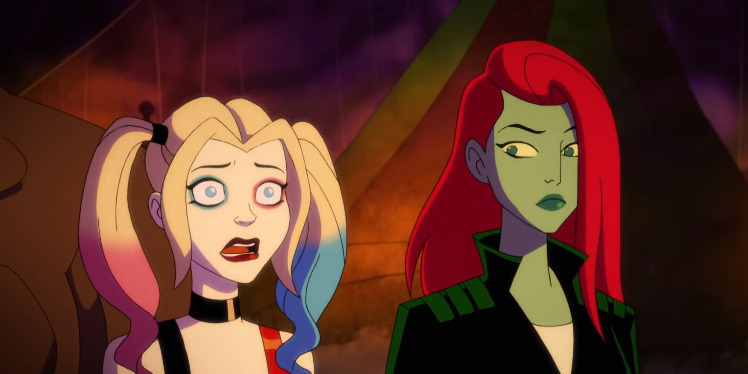 In November 2019, DC Universe aired its adult animated comedy ‘Harley Quinn,’ and the critics and fans of the character were quick to shower heaps of praises on the superhero action series. Based on the eponymous DC Comics character, created by Paul Dini and Bruce Timm, the show showcases the adventures of Harley Quinn, who is one of the most mischievous super-villains in the DC Universe.

The first season received rave reviews for its vibrant animation, accurate depiction of popular comic characters, violence, and foul-mouthed comedy. Season 1 concluded in February 2020, and since then, fans are desperately waiting for an update on the show’s renewal. Well, here’s everything we know about ‘Harley Quinn’ season 2!

DC Universe had given a 26 episodes order to the creators of the show – Justin Halpern, Patrick Schumacker, and Dean Lorey, on November 20, 2017. Following the success of the first season, the network has decided to drop the second season sooner than expected. Therefore, fans might not have to wait for long for the return of the Cupid of Crime.

‘Harley Quinn’ season 2 is slated for a release on Friday, April 3, 2020, on DC Universe. It will consist of the remaining 13 episodes of 30 minutes each.

Did you hear the f*cking good news? #DCUHARLEYQUINN returns in April with Season 2! pic.twitter.com/79T32jljQl

Harley Quinn Season 2 Cast: Who is in it?

‘The Big Bang Theory’ alum Kaley Cuoco will undoubtedly return to lend her voice to the titular character, Dr. Harleen Quinzel / Harley Quinn. ‘Bojack Horseman,’ voice-star ’Lake Bell will re-join Kaley Cuoco for another round to voice the character of Poison Ivy, while Ron Funches will lend his voice to King Shark. ‘Doom Patrol’ actor Alan Tudyk will also come back to voice multiple characters like The Joker, Basil Karlo / Clayface, and Julian Day / Calendar Man.

The returning voice ensemble might also include talented stars like Tony Hale as Dr. Psycho, Diedrich Bader as Bruce Wayne / Batman, Jason Alexander as Sy Borgman, J. B. Smoove as Frank the Plant, and Christopher Meloni as Commissioner Gordon.

Sanaa Lathan, best known for voicing Donna Tubbs in ‘Family Guy,’ is all set to lend her voice to the popular DC Comics character, Catwoman, in season 2, while Alfred Molina will voice the character of Dr. Victor Fries / Mr. Freeze.

Harley Quinn Season 2 Plot: What can it be about?

Following her breakup with the Joker, Harley embarks on a mission to put together her own team comprising Clayface, Doctor Psycho, King Shark, Frank, and Kite Man to secure a place in the Legion of Doom. She also bags the support of her sharp-witted and sour-tongued best friend Ivy, who is killed by the Joker. Interestingly, she gets resurrected as Poison Ivy, just in time to save her best friend from the Joker, who almost pushes Harley into the acid. Ivy pushes Joker in the acid instead, as he destroys Gotham. Batman comes to their rescue and vanishes into the darkness after saving the two women. The season ends with the Joker’s hand emerging from the ruins.

Season 2 picks up from the cliffhanger ending of season 1. The second season might feature Harley and her crew celebrating their win after allegedly defeating the Joker. The Justice League is trapped in the Queen of Fables book, Batman is missing, and Gotham is in flames, literally, after getting hit by the massive earthquake generated by Joker before falling into acid in the first season. With no one left to oppose, Harley might prepare herself to rule Gotham only to be interrupted by her adversaries Penguin, Bane, Mr. Freeze, The Riddler and Two Face who might band together to re-establish the criminal underworld to its original form by overthrowing her claim to the city of Gotham.

The season will also highlight the queer romantic relationship between Poison Ivy and Harley. Season 2 is going to be a wild ride for the fan-favorite characters as the makers have teased the inclusion of some fascinating characters like DC Comics super-villain Doctor Trapp, Mr. Freeze, Batgirl and Catwoman, among many others.

Check out the trailer for ‘Harley Quinn’ season 2!