All 8 Harry Potter Movies, Ranked From Worst to Best 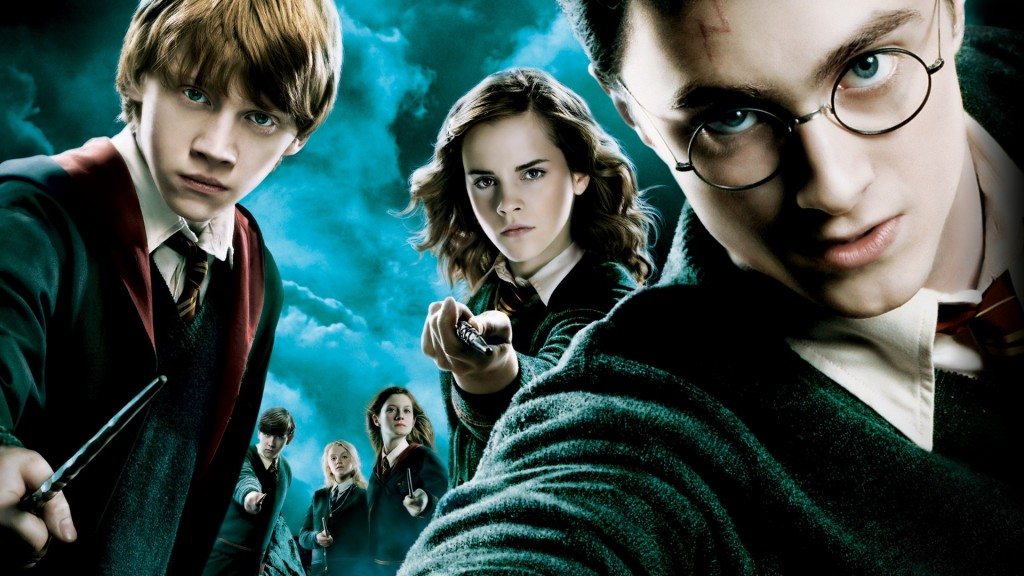 By now, you already know how many Harry Potter movies are there. Today, we are going to rank all Harry Potter films. For as long as there have been movies there have been those adapted from books. But what usually bothered most fans of the books was that the movies strayed from their source material or did not live up to the books. There were quite a few movies that were exceptions too like ‘Gone with the Wind’, ‘To kill a mockingbird’, ‘The Godfather’, ‘The Silence of the Lambs’, and ‘Lolita’ but the large number of movies that weren’t very good made it a popular notion that, “The book is better than the movie.” All of these were also usually based on books with deep subject matter with a very serious tone. But in 2001, to the delight of bibliophiles as well as cinephiles, two incredible movies were made based on widely popular books; J.R.R. Tolkien’s ‘Lord of the Rings’ and J.K. Rowling’s ‘Harry Potter’.

While LOTR was a massive book with complex characters and a word count so large it had to be divided into three volumes, ‘Harry Potter and the Sorcerer’s Stone’ was truly a children’s book. It was a hugely successful franchise with every book besting its predecessor’s record. In 1998, riding on the immense success of her first two books Rowling sold the movie rights for her books. And under Chris Columbus, we got the movie everyone was waiting for. In 2011, the series came to an end with ‘Harry Potter and the Deathly Hallows: Part 2’ which became one of 28 movies to earn more than a billion dollars. Here is the list of all Harry Potter movies, ranked from worst to best. 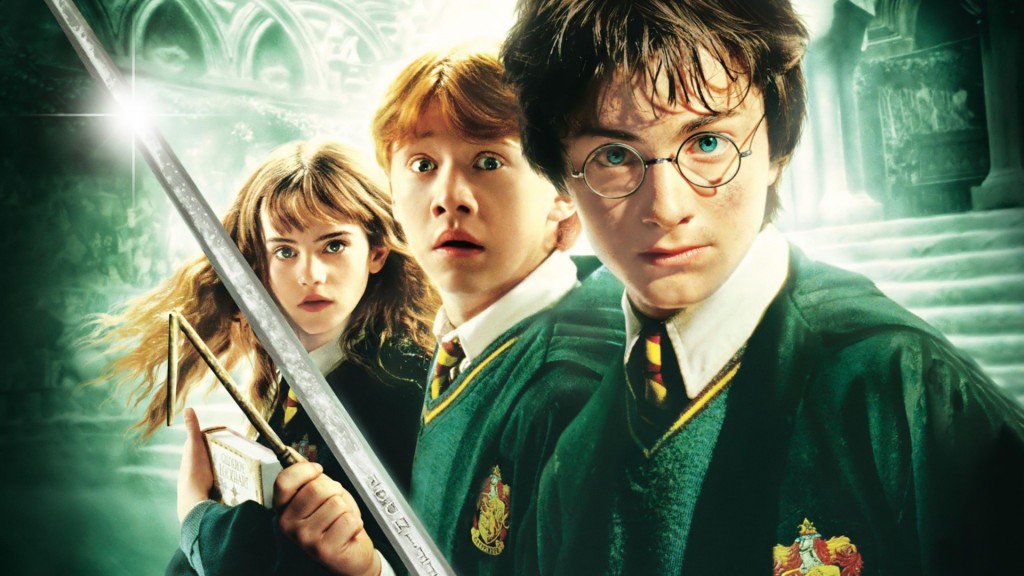 The second movie in the franchise, Chamber of Secrets had to take a darker turn, closely following the book, which alienated a portion of the young audience. While it was directed by the same director, they started work on it just three days after the release of the ‘Sorcerer’s Stone’ and with a smaller budget than before. The movie suffered having a weak ending but it portrayed new characters like Gilderoy Lockhart very well. It was a good movie in most regards especially staying true to the books. But it’s a good movie in a series of much better ones.

As the first movie in a very popular series, it had a tough job to establish itself as not just a faithful adaptation but also as an entertaining movie. It did the job very well indeed. The casting was impressive given that the protagonists were children and had to be cast for a role they would embody for a decade, growing up. The movie had really good special effects that don’t feel dated even after 16 years in the 21st century. In staying faithful to the book, it had a very simple story to work with whereas the later movies had complex, deeply layered stories to tell. The performances by Tom Felton and Emma Watson overshadowed the title character, played by Daniel Radcliffe which is a little absurd. Nevertheless, Chris Columbus did a great job in making a strong first impression and made every child wish to attend Hogwarts. 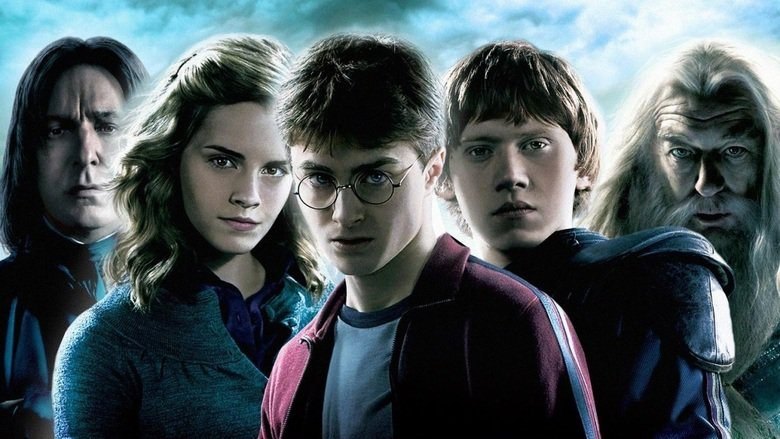 This movie had a lot of elements of the story to put in place for the final part to run with. The concept of Horcruxes, that would be at the heart of the overall story had to be explained as well as the background of Lord Voldemort as a young Tom Riddle. The movie grappled with concepts of ego and enmity while showing the coming-of-age of the lead characters as they dealt with love and jealousy. Alan Rickman was it his best as the movie set up Severus Snape as the eponymous Half-Blood Prince and a cruel antagonist. The movie culminates in one of the most heart-wrenching character deaths in movies which is a testament to the aura the movie builds around itself. 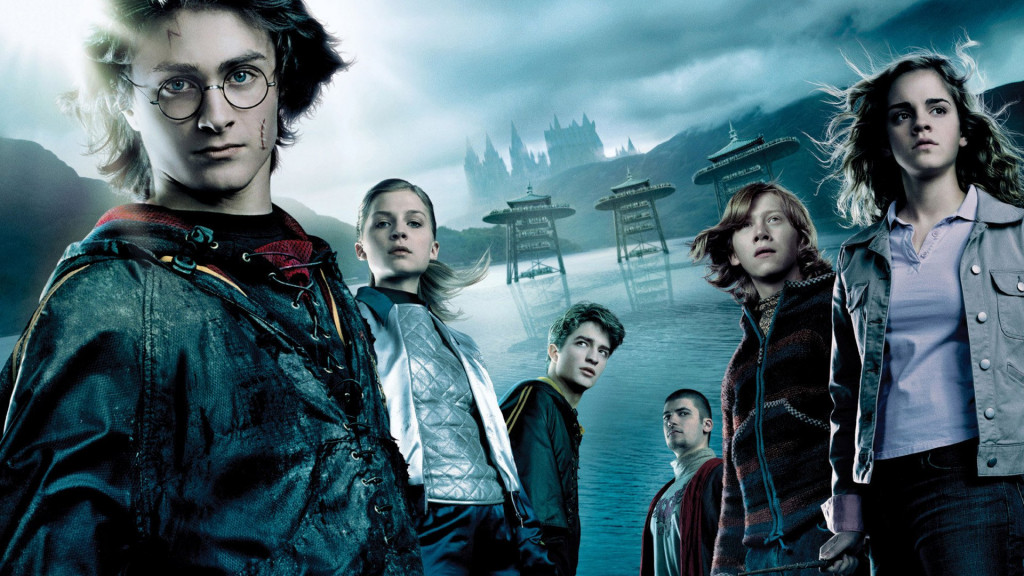 The fourth book in the series was much bigger than its predecessors, which meant that the movie had to include a lot of content without being completely cramped with exposition. This meant that the movie had to omit parts of the book but Mike Newell and Steve Kloves handled it skilfully. They did not shy away from delving into complex characters like Victor Krum, and Mad-Eye Moody as well as fleshing the protagonists out more. Daniel Radcliffe gave a great performance battling it out in a deadly competition he shouldn’t have been a part of while dealing with darker going-ons in the underbelly of the magical world. This was also the first time that we came face-to-face with You-Know-Who who had grown stronger. The portrayal of He-Who-Must-Not-Be-Named by Ralph Fiennes was scarier than anybody could have imagined. The movie for the first time made us feel relieved that we weren’t attending Hogwarts School of Witchcraft and Wizardry. 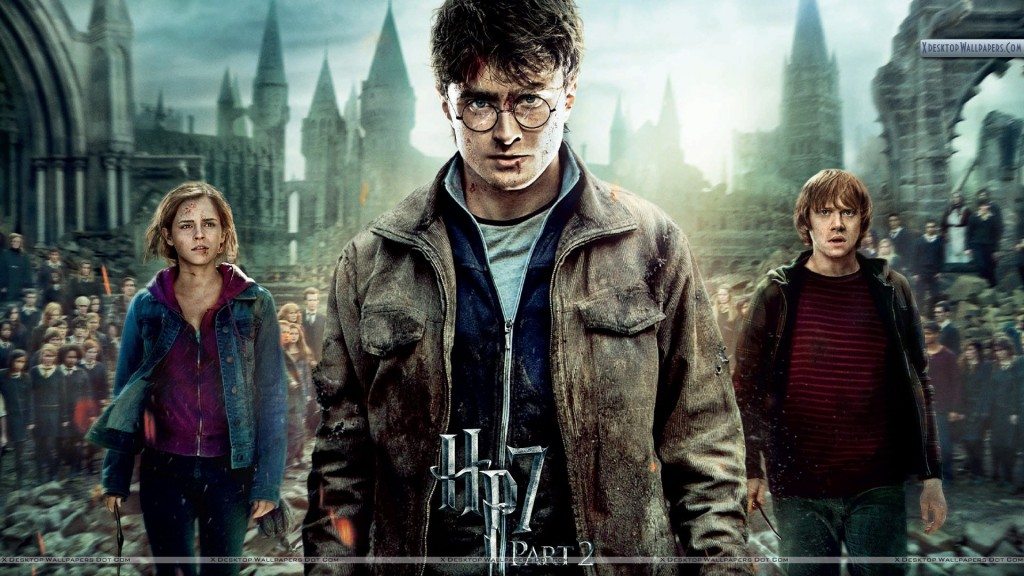 This was the first time that a movie had to be split into two which has become a trend these days. Unlike the others, ‘Deathly Hallows’ was split not only as a cash-grab but because a lot of the elements of the story had to be told well. There was not a lot of material that could be removed from a huge book which meant that two long movies had to be made. The first half of it was mainly the trio of Harry, Ron and Hermione trying to find and destroy as many Horcruxes as they could while Voldemort was growing stronger and building his army. We get the story behind the Deathly Hallows and learn the importance of the Elder wand which Voldemort finally gets his hands on. The movie ends with the death of another beloved character warning us of what is in store for the ultimate end of the journey in the second part. 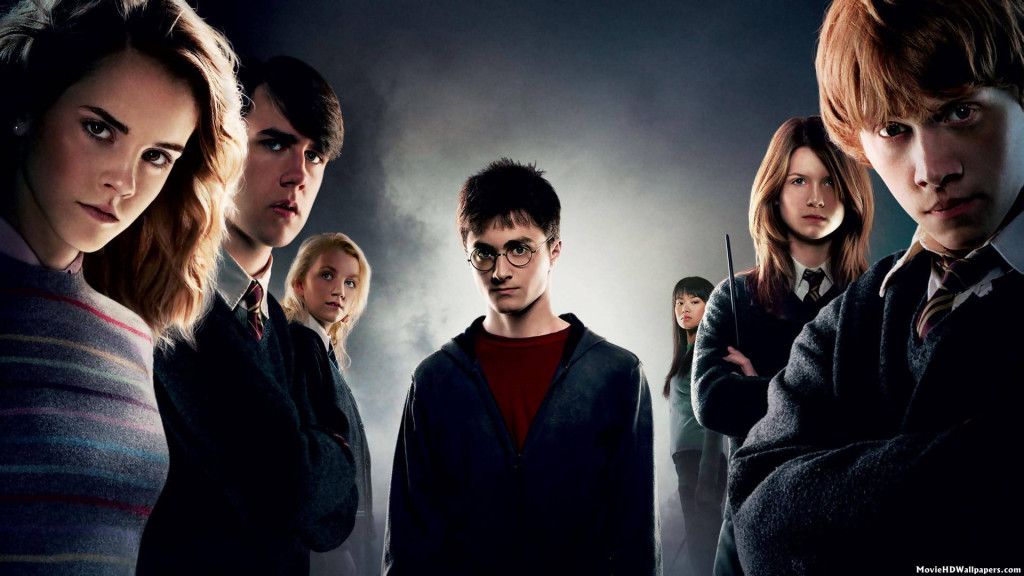 ‘The Order of Phoenix’ is when the series comes into a stride of its own. It sets a ball rolling that crescendos till the final Battle of Hogwarts. The Headmaster of the school has been suspended which means that the students and teachers are left vulnerable to the full wrath of the Ministry of Magic. The movie gives us a character so purely evil that Voldemort fades in comparison. Dolores Umbridge is the personification of an authority that indulges in thwarting any unorthodox thinking from the students, delivering us a metaphorical ruler as infuriating as Big Brother from Orwell’s 1984. But the film ends up pushing in a lot of scenes into a montage and does omit a lot of material. That was justified though being made on the longest book in the series. 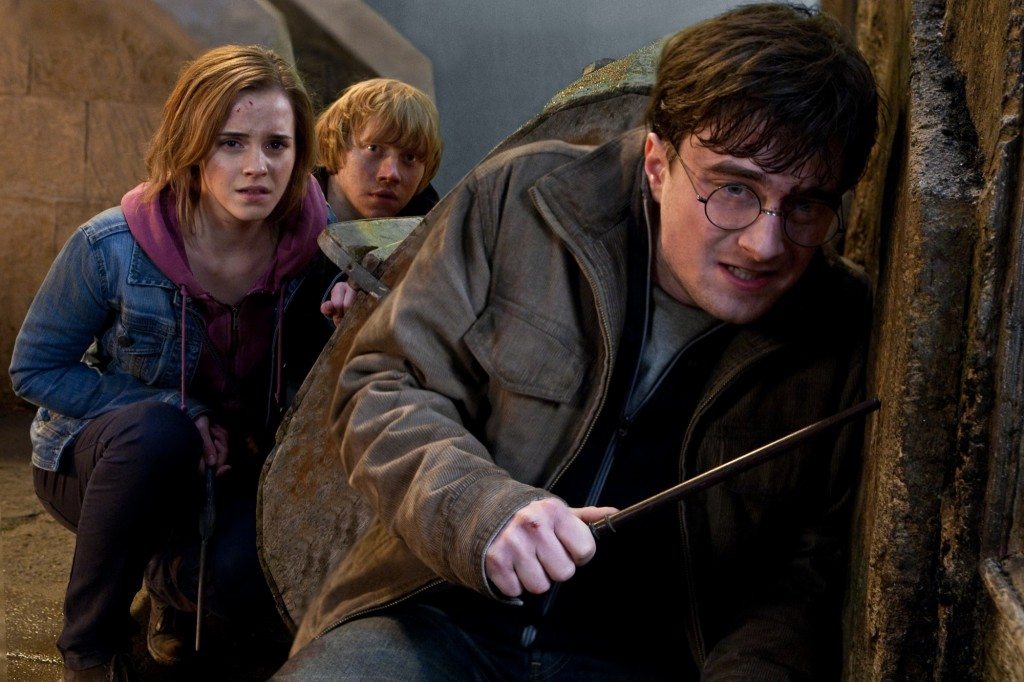 The final chapter in the series starts with a melancholy tone set by the death of Dobby but the pace grows exponentially up to the Battle that takes place. The movie holds onto the themes of good versus evil and brings them to the forefront. The revelation that Harry contains a bit of Voldemort’s soul brings forth the idea that maybe the struggle between good and bad is an introspective one. Many characters grow stronger in the dark atmosphere. In a brilliant portrayal by Mathew Lewis, the frail Neville Longbottom who received lesser appreciation in the movies than in the books leads the battle by leading his fellow students. The movie ended the series very strongly with great storytelling and conflict resolution which earned the movie great acclaim and love from fans. 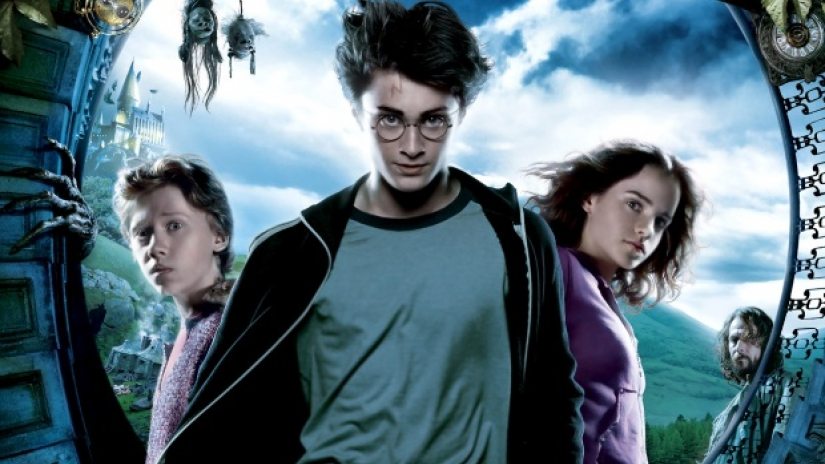 Similar to the book, this movie marked a transition from a lighter children’s entertainment to a deeper story with complex motivations for characters. Maybe the transition is what lost some viewers for this phase in the franchise making this the lowest earning movie in the series. But the movie was made under dire circumstances. Chris Columbus who had directed the first two parts cited his exhaustion as the reason to step down from the director’s position leaving a vacuum that needed to be filled. The studio gave the reins of the third film to Alfonso Cuaron a director who at the time was famous for his ‘Y Mama Tu Tambien’ which was an unconventional coming-of-age movie which dealt with sexual empowerment.

This made him quite unsuitable to make a children’s movie but the leap of faith paid off. Cuaron brought to the series, a maturity that was needed for it to succeed. The dark tone of the movie was complimented by the darker colour grading for it. The movie also utilizes a constantly moving camera which amplifies the terror looming in the background. The time traveling portions of the book also translated very well into the movie, ending in a great performance by Daniel Radcliffe alongside the legend, Gary Oldman. The CGI used for the majestic hippogriff, Buckbeak as well as the soul-sucking Dementors is incredible and will certainly age well. Let’s hope we get visited by Buckbeak in our dreams and not the terrifying Dementors.