When Will Harvey Girls Forever! Season 4 Premiere on Netflix? 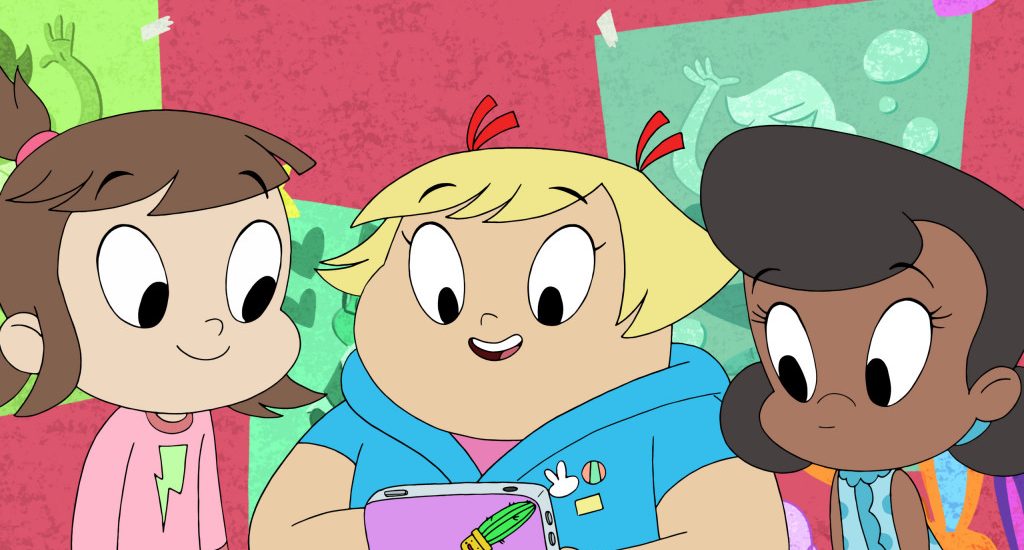 Netflix is always looking for a chance to expand their horizons, and children’s television is a field where they are trying very hard, and have already established themselves as quite a force to reckon with.

‘Harvey Girls Forever!’, originally titled ‘Harvey Street Kids’, is a Netflix original animated show for children created by Emily Brundige, Aliki Theofilopoulos and Brendan Hay. Interestingly, the main characters in the series are famous names that have been around for long, and they are brought together as a nostalgic throwback to make the show attractive to certain sections of the older audiences as well. These characters are part of the now-defunct Harvey Comics’ repertoire.

The show has had 3 successful seasons so far. Now the question is: when will ‘Harvey Girls Forever!’ season 4 make a comeback on the streaming giant? We will delve into that question, but first, let’s quickly look into the details of the series.

The Story of Harvey Girls Forever! centers around a group of girls who live on Harvey Street. They are Audrey, Lotta, and Dot, the three closest best friends. Audrey is voiced by Stephanie Lemelin and Lauren Lapkus voices the character of Lotta in the series. We know Lapkus from her work in the hit Netflix show ‘Orange Is The New Black‘. Dot is voiced by Kelly McCreary, whom we know from ‘Grey’s Anatomy‘.

All these three characters have comics series of their own. Audrey is the oldest of the three in terms of publication history and was in print from sometime around the early twentieth century. The Harvey Comics version of the character has three ponytails and reddish-brown hair. In ‘Harvey Girls Forever!’, Audrey is seen wearing jeans and a pink shirt.

The character of Little Dot was first published way back in 1949, and she has a peculiar obsession with round or dotted patterns. When the character first began to have her comics series, the humor was mainly based on domestic and slapstick comedy. Little Lotta is the third famous member of the trio and her comics were published from 1953 to 1972. The character is seen as abnormally large for her age and possesses super-strength. In the version that we see in ‘Harvey Girls Forever!’, Lotta is not that big but still retains her powers. She has a boyfriend called Gerald (Jamaal Hepburn) who appears both in the comics and the TV show.

In season 4, almost the entire lead cast will be reprising their original roles.

Harvey Girls Forever Plot: What is it about?

‘Harvey Girls Forever!’ does not follow a strict plotline and each episode is devoted to one adventure the three best friends have every afternoon on Harvey Street. Every story has some sort of moral lesson which can be taken from it.

Here is the official description of the show: “The girls of Harvey Street are back with more awesome adventures in their never-ending quest for fun on the best block in the world. Even when their pesky older siblings try to take over, best friends Audrey, Lotta and Dot are there to keep the neighborhood kid-ruled and adult-free. And when the girls come face-to-face with their all-time favorite boy band, Crush 4 U, Harvey Street may never be the same!”

To get an idea of how each episode works, let us look at some examples: In the very first episode, we see the Bloogey Boys bullying the young kid called Tiny for being too short. They decide to not allow him inside their treehouse because of his height. The three friends come to his rescue and help him get access to the treehouse. In another episode, we see Dot overcoming her fear of a strange creature in the locality and helping it find a proper place to live in.

Season 3 starts off with the arrival of the adorable Richie Rich, but then things go for a toss when a game goes wrong. Next is a murder mystery that arrives with its own teachings of friendships and values. The tales go on and there is never a moment of monotony for our kids on Harvey Street.

All these stories teach lessons of inclusivity and not ‘bothering’ someone just because he/she does not look or behave like us. The show has done a fantastic job of retelling the story of Lotta, Audrey, and Dot while including almost every other character on Harvey Street. Bringing in a huge dose of fun, fantasy, and imagination, season 4 expands to chronicle the various adventures of the lead trio — which also get a bit spooky along the way!

Harvey Girls Forever Season 4 Release Date: When will it premiere?

Netflix has been investing to build a repository of children-focused shows and Harvey Girls Forever! happens to be one of them. So, it did not come as a surprise when the show received yet another renewal and a much earlier release date. ‘Harvey Girls Forever’ season 4 is slated to release on January 10, 2020. It will consist of 13 episodes (26 segments).

However, on a sadder note, let’s also reveal that season 4 is the last and final season from the series. Netflix has finally decided to wrap up the show, but we do expect that the franchise will continue in some other form.

Below is the season 4 trailer of the show. If you haven’t seen the show yet head over to Netflix to catch all the episodes of the previous seasons.