When Will Hasmukh Season 2 Release? 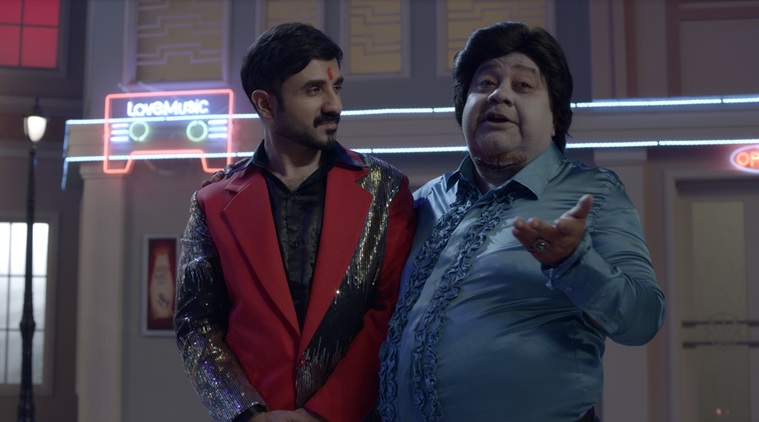 What happens when someone’s inspiration for creativity is derived from murder? Well, this is the premise of the Indian Netflix original, ‘Hasmukh’. Directed by Nikhil Gonsalves and created and written by Nikkhil Advani and Vir Das, the dark comedy follows a small-town stand-up comedian whose passion is serial killing.

With solid, well-etched characters and lofty ambitions, the series draws on the answer to the simple question: “Why are not you laughing? Has someone died?” However, the underlying answer has a deadly meaning with fatal consequences. As you can expect, because of its sinister yet humorous concept, season 1 opened to a warm response. If you are wondering when will ‘Hasmukh’ season 2 release, here’s everything we know.

Hasmukh Season 2 Release Date: When Will It Premiere?

Season 1 of ‘Hasmukh’ ends on a bit of a cliffhanger, which is a clear indication that the makers had planned it to span more than one season. However, whether Netflix wants to take it ahead or not will depend on the ratings. We should expect confirmation in the coming months. If renewed, our best guess is that ‘Hasmukh’ season 2 should release sometime in 2021.

Hasmukh Season 2 Cast: Who Can Be In It?

The cast of ‘Hasmukh’ is led by Vir Das as Hasmukh, Ranvir Shorey as Jimmy, Ravi Kishan, Manoj Pahwa as Gulati, Raza Murad, and Suhail Nayyar as KK. Will all of the characters well and alive by the end of season 1, we expect the entire lead cast to make their respective comebacks in season 2.

Hasmukh Season 2 Plot: What Can It Be About?

Hasmukh is a small-town comedian, working as an assistant to Saharanpur’s comedy star Gulati. Although Hasmukh has been requesting his boss to give him at least a chance to perform once, Gulati does not agree. The latter has no faith in the former’s skills. Finally, Hasmukh loses his patience and teams up with Jimmy to leave for Mumbai. Our protagonist wants to make it big by winning the television talent hunt show, Comedy Badshaho.

However, in the meantime, Hasmukh also realizes that his inspiration for comedy comes only after he has killed someone. Each murder leads him one step toward glory and in turn, transforms him into a serial killer. But his problems have just started. Comedy Badshaho’s showrunner Promila, lead contender KK, and Ajinkya create obstacles to slow down Hasmukh’s progress. On the other hand, two cops are hot on the chase of the serial killer, when dead bodies start emerging one after the other.

Season 1 ends with KK winning the contest after he blackmails its host. Gulati taunts Hasmukh on how his path toward defeat has only started. Season 2, if renewed, should pick up the story from here, chronicling Hasmukh’s journey as he attempts to seal his fate while allowing murder to act as his tonic.

Watch the trailer for season 1 below: