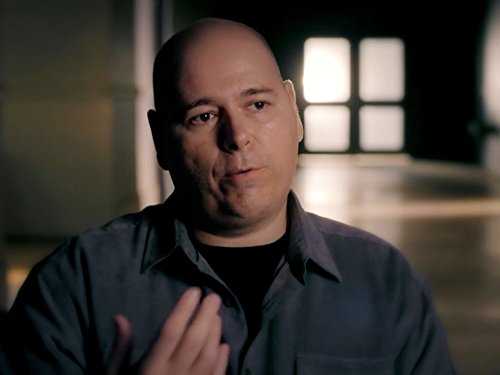 Ever had the feeling that you are not alone? Unexplained sounds, movement? Was it something you just imagined or something more? Well, these folks have lived through it and ready to tell the tale too. Grab some popcorn, switch off your lights and don’t forget your blankets so that you can cover your eyes with it because the production “Our House Media” has come up with a spine-chilling series which left us breathless. Haunted Case Files is a series that gives you the chills from the very first episode and keeps the audience at the edge of their seats. The show features ghost hunters and has us re-live their experiences with their most horrible real encounters with the supernatural world. From demons to spirits, you name it, they witness it all. The show first premiered on June 18, 2016.

The first season of show has 13 terrifying episodes with the blood-curdling season finale that aired on September 10, 2016. The production returned with the second season on July 13, 2018, and it became a 16-episode affair with the conclusion airing on October 26, 2018. Season 3 of the show premiered on Monday, March 3, 2019.

Robert Wilson, Tim Wolochatiuk and John Griffith direct the show, while it is written by Michelle Alexander, Debra Felstead and Ross McKie. Haunted Case Files has a strong sound department consisting of Colin Caddies and Steven Loewen who perfectly put together the jump scares and the screams along with the music directors, Joel S. Silver, Sean James Boyer and Christian Szczesniak. The producers Samantha De France, Joe Houlihan, Simon Lloyd and Tom Adams, compiled the footage- audio and video which they received from the ghost hunters and starting weaving together what became the essence of Haunted Case Files.

Haunted Case Files is a re-enactment of the real events of paranormal activity that occurs in the lives of ghost hunters like Jay Yates, his wife Marie Yates and paranormal investigators like Jack Kenna. Most of the scenes have them, but others have actors who enact the actual incidents. Some of those actors are Michael Coughlan who plays Jack Kenna, Shane J. Gramlich who plays the chart tee of Joe Cetrone. Jessica Danov plays the role of Marie Yates for four episodes. Michelle’s role is played by Lisa Moule, and Sebastian Deery plays Jay Yates for three episodes in season 1.

Other than the clips of the actual ghosts, demons and spirits, there are actors like Sean Meldrum who plays the role of a plumber who turns ghost and a male spirit. Alex Kotsyk and Michael Masurkevitch play demons in the first and second seasons, respectively. Matthew Sears plays the role of our main investigator Jay Yeats in season 2. Farah Foster- Manning is in the role of Commissioner and David Parisian as a paranormal investigator. Along with some great camera work, the actors do a great job in bringing the characters to life.

Haunted Case Files Plot: What is it about?

Haunted Case Files is a horror series reality drama which features the story of paranormal investigators and ghost hunters who come face to face with the most terrifying creatures and near death experiences. Destination America is known for its supernatural-themed series, and Haunted Case Files is another great addition to its list of such shows. From dark demons, evil spirits, scary ghosts, satanic rituals, and haunted houses, there is something for all you horror fans out there. “My house is literally filled with crosses,” said Yates in an ABC interview. He also explained how they investigate almost everywhere in the state of Arizona and provide tools like cameras, thermal imaging and voice recorders of high and low frequency to capture every last piece of evidence they can get to prove the presence of paranormal activity.

In an interview with KLEW, Jay Yates revealed “99.9% of the time, its a very mild haunting but the other 1% really takes up most of our time” This series is a reminder that there exists a world outside of our own and that people are willing to give anything to get rid of the horrors that lie beyond. Jack Kenna, when asked why he chose to become a Paranormal Investigator, replied, “ Mostly because my mother used to tell me her experiences with paranormal activities, and I had a few as well so I thought I found myself leaning towards this and just to help people figure out what was going on and help them.”

Haunted Case Files Season 4: When will it premiere?

Season 3 of the show premiered on Monday, March 3, 2019. As far as the next season goes, we don’t have an official announcement yet. Though considering the popularity of the show, we would be surprised if it doesn’t get another season. The last two seasons came within six months of each other, so our best guess is that if the show does get renewed, Haunted Case Files season 4 can release sometime in October 2019. We will update this section as soon as we hear more.

While there is no trailer of the show, you can watch all the episodes of first three seasons on Destination America’s official website.