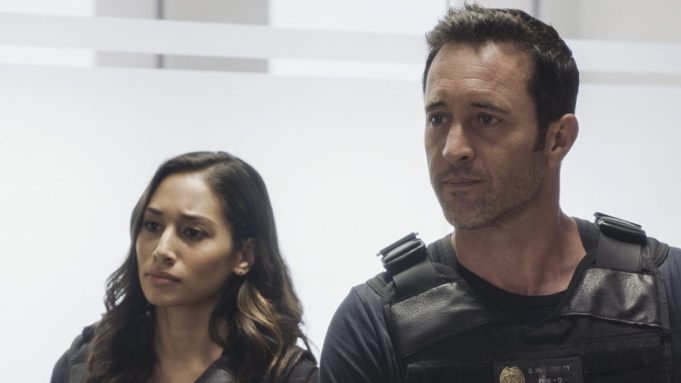 The 15th episode aired this week. Let us now guide you through where and how you can watch the next part, i.e episode 16 of ‘Hawaii Five-0’ season 10.

Hawaii Five-0 Season 10 Episode 16 Release Date: When Will It Premiere?

The official synopsis for the upcoming episode goes as follows: “On Valentine’s Day, Tani and Noelani are held hostage during a convenience store robbery; the team investigates the murder of a Thai diplomat whose wife confesses to the crime, but Danny suspects she’s covering for the real killer.”

If you have a cable subscription, you can watch full episodes of ‘Hawaii Five-0’ by tuning in to CBS at the designated time slot.

The second option is to live-stream the episodes online on CBS All Access. There’s a free trial after which you need to opt for a paid subscription. Otherwise, you can log in to CBS’s official website and catch up on the already-released episodes.

Now, if you don’t have access to either of the above options, you can subscribe to and watch the show on Fubo TV, DirecTV or YouTube TV. The last resort is to wait for episodes of ‘Hawaii Five-0’ to become available on iTunes or Amazon Prime.

In episode 15, which aired this week, the primary focus is on Adam who is in a complicated situation. We have already seen him acting as a double agent for Yakuza. On the other hand, he is still trying to carry out his duties toward Five-0. He is walking on thin ice and it’s apparent that he is heading for some big trouble.

When Grover’s niece Siobhan is kidnapped by the Yakuza, Adam needs to ensure that she is safe while also making sure that he does not reveal his actual identity. The Yakuza also has a condition in order to release Siobhan. Adam will have to return Siobhan’s new boyfriend and fellow police academy student. He hatches a plan, takes Endo out of the Five-O office, and transports him to an exchange point. At this moment, Adam is exposed before his crew but he tries to cover up saying that this was a rogue operation.

Although, Danny is now willing to trust Adam, Mc Garrett still has his suspicions. It is quite easy now to put the blame of the Yakuza problems on Siobhan’s boyfriend. But we know that the story does not end here. In the long run, there’s a huge confrontation in store — something which will be revealed in the upcoming episodes.