Who Is Heather Young’s Boyfriend? What is Tarek El Moussa’s Net Worth? 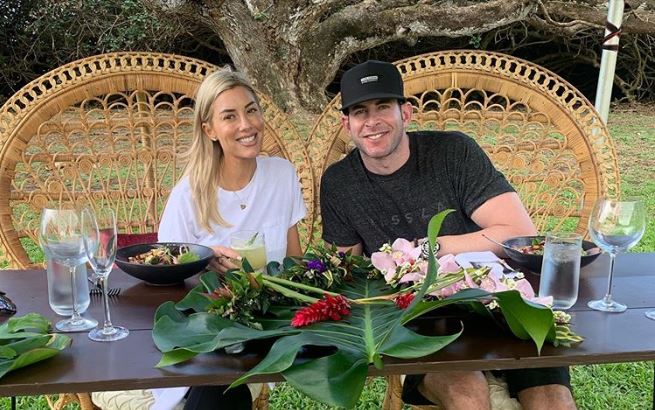 Heather Young has been the star of ‘Selling Sunset’ since its premiere in March 2019. The Netflix series is a blend of ‘The Real Housewives of Beverly Hills‘ and ‘Million Dollar Listing‘ and follows the fierce employees of The Oppenheim Group, as they try to find a balance between their job as high-end realtors and their personal lives and relationships.

We have gotten to see every aspect of the cast members’ lives on the show and watch all the drama they find bring upon themselves as well as how each of their romantic relationships plays out. In season one, we were introduced to Heather and her relationship with hockey player boyfriend, Nick. Their long-distance relationship was a tumultuous one and had even created problems for her in her job, so it was no surprise when in season two, we found out that the couple had broken up. Now, we see that she has already moved on with Tarek El Moussa and has had quite a romance with him. So, who exactly is he?

Who Is Heather Young’s Boyfriend?

Born August 21, 1981, Tarek El Moussa, like his girlfriend, is also a California native, realtor, and a reality television star. The Arab/European descendant got his real estate license when he was just 21-years-old and quickly made a name for himself in Orange County, California, selling multi-million dollar mansions. After that, he found a niche in the real estate world and began flipping properties.

Through the flipping business, Tarek was introduced to his future wife, Christina, and he quickly teamed up with her to work together. While she handled the designs, he managed the renovations. They saw many ups and downs in the industry, but in 2011 they got their big break. On a whim, Tarek had asked a friend to film him and Christina renovating a house from start to finish. That tape ended up being their audition and caught the eye of HGTV.

The real estate market is changing right now…what are you going to do about it!?⁣ ⁣ I started Flipping houses in 2010, after selling homes through the worst parts of the recession. I’ve been in this game a long time…⁣ ⁣ On Thursday, we are going to talk about the market, how I plan to make money in the upcoming market, and how times like this can actually be great if you’re looking to get into real estate investing. ⁣ ⁣ Have you ever thought, maybe real estate? Have you ever thought, Maybe there is more? If so, I want to see you on my webinar this Thursday at 9AM PST. ⁣ ⁣ And don’t worry!! If you can’t make it LIVE, be sure that you still register, as we will be recording it for anyone that cant make it!

In 2012, the couple signed a deal with them to star in their own reality series ‘Flip or Flop,‘ that documented their work of bidding on a property, renovating it, restoring it, and then, finally, reselling it. Even though the couple split up in 2016 and finalized their divorce in early 2018, they still managed to work together and filmed an eighth season of the show. Christina is now re-married, and Tarek is happily living with his girlfriend Heather, dreaming of a bright future ahead. The ex-couple co-parent their two kids, and Heather is now also a part of their family.

Tarek also stars in the HGTV series ‘Flipping 101 With Tarek El Moussa,’ where he talks about his experience of flipping homes and helps amateur renovators understand the do’s and don’ts and guides them about how to get into the business successfully. Unfortunately for ‘Selling Sunset’ fans, although Tarek will be a major part of the show as Heather’s boyfriend and will be part of discussions, he won’t be seen on the screen because of his contractual obligations with HGTV.

So I’ve talked a little bit about my upcoming course that I’ve been working on to teach those of you who want to learn how to flip houses… and well, I can’t tell you TOO much about it yet, but I can tell you… it’s coming very soon! ⁣ ⁣ One of the first things we talk about inside is something I always say…  Before you invest in anything, you have to invest in yourself.⁣ ⁣ This is true for everything, taking care of yourself, learning, growing and understanding your WHY is the first key step to any new venture, particularly a successful one! ⁣ ⁣ What is the last thing that you did to invest in yourself?

When ‘Flip or Flop’ initially started, Tarek was earning just $10,000 per episode, but by the time season 3 came around, his income per episode was at $40,000. This, coupled with his assets and all his other work, makes Tarek El Moussa’s estimated net worth, as of 2020, to be $10 million.

Read More: How Much Is Christine Quinn’s Husband Worth?