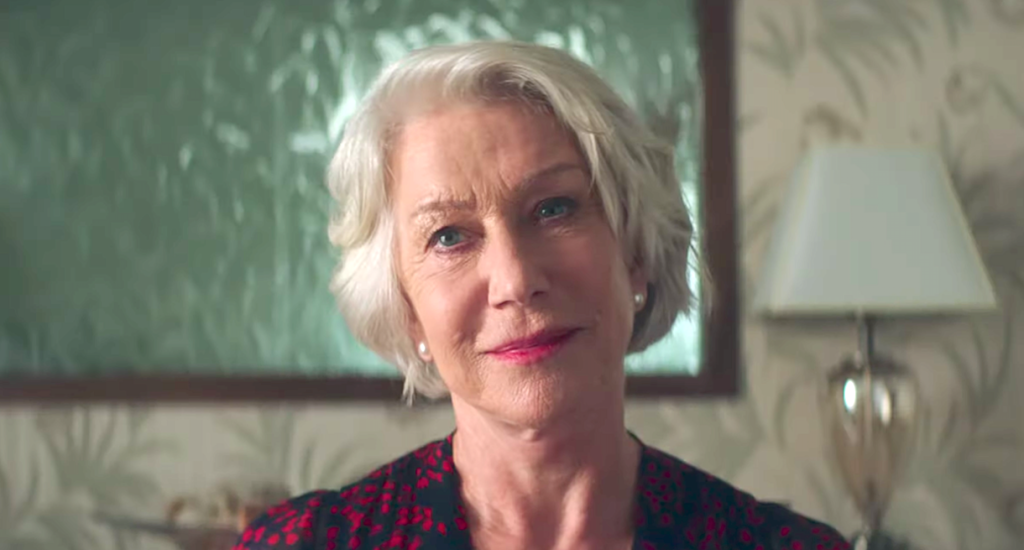 London born actress Helen Mirren grew up in a modest household in Leigh-on-Sea, Essex. Her family didn’t own a television. So, an amateur theater production of ‘Hamlet’ made a far-reaching impact on the 13-year-old Helen. Despite her parents urging her to pursue a stable profession, she went on to join the National Youth Theatre at the age of 18. Her performance as the legendary Cleopatra in a 1965 production of ‘Antony and Cleopatra’ launched her acting career with the Royal Shakespeare Company. During the late 60s, she became popular as a bold and beautiful powerhouse of talent, portraying explicit characters with sexual exuberance. By the mid-70s, Mirren was crowned as “The Sex Queen of Stratford”. Though she loved her roles during that time, the actress disliked the title of the sex queen.

However, the popularity helped Helen to land her first major film role in the controversial 1980 flick ‘Caligula.’ Though the movie was mercilessly panned by critics for its explicit sex scenes and violence, Helen eventually earned critical praise and attention with movies like ‘The Long Good Friday’ and ‘Excalibur’. In 1984, she won two major awards—Best Actress prize at Cannes Film Festival and a British Academy of Film and Television Arts Award—for her performance in the movie ‘Cal.’ Her career was elevated to new heights with the 1992 murder mystery series ‘Prime Suspect.’ The hit series ran from 1991 to 2006 and earned a slew of awards and nominations for her role as Detective Inspector Jane Tennison.

Mirren won an Oscar for Best Actress for her stunning portrayal of Queen Elizabeth II in the 2007 film ‘The Queen.’ Her other works include ‘Calendar Girls’ (2003), ‘Hitchcock’ (2012), ‘The Hundred-Foot Journey’ (2014), ‘Woman in Gold’ (2015), ‘Trumbo‘ (2015), and ‘The Leisure Seeker’ (2017). Mirren has also played legendary characters in television in shows like ‘Shadowboxer’ and ‘Elizabeth I.’ So now you might be wondering what is the next Helen Mirren movie or TV show? Well, here’s the list of upcoming Helen Mirren films and TV shows scheduled to release in the near future. We can only hope that the latest Helen Mirren projects would be as good as some of her recent ones. 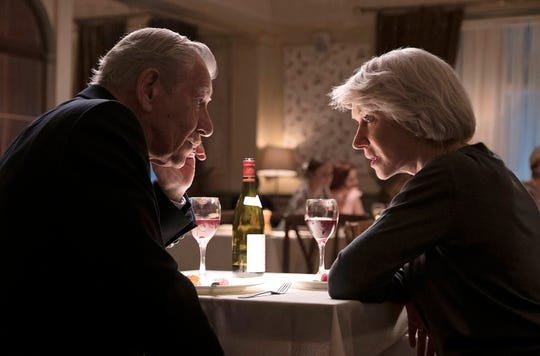 Helen Mirren teams up with Ian McKellen for ‘The Good Liar,’ which is the movie adaptation of the novel of the same name by Nicholas Searle. The plot follows Roy (McKellen), a seasoned conman and a skilled liar who schemes to lure a wealthy widow (Mirren) he met online into his con game. While Roy braces up for one final loot to settle life forever with Betty’s fortune, their present lives get entangled in a complex mess of past secrets. Before Roy makes his last move, they have to come to terms with their past.

Russell Tovey, Jim Carter, Mark Lewis Jones, and Laurie Davidson round out the cast. Directed by Bill Condon and written by Jeffrey Hatcher, ‘The Good Liar’ is set to release on November 15, 2019. 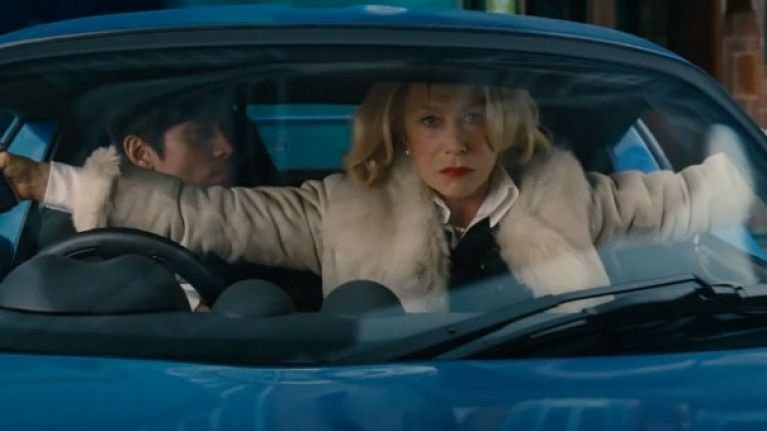 ‘Fast & Furious 9’ is the upcoming installment in the popular universe and the second last film. While the lot of the movie itself remains unknown, we know that we can gear up for a lot more action, high-speed chases and higher stakes than ever before. It is not just about street racing anymore, as most encounters escalate to vehicular warfare. The favorite tough street racer crew that we were introduced to, are now regular heroes who save the world from an assortment of villains.

The team has only grown over time with valuable additions being made. ‘Fast & Furious 9’ will definitely see them facing a new villain, trying to save the world again. However, old villains like Cipher might pop their heads up, since the crew could not stop the character in the previous movie. Mirren will be reprising her role as Magdalene Shaw, who seems to have a lot of power and sway. She was instrumental in helping stop Cipher’s plans in the previous movie. ‘Hobbs & Shaw’ saw her breaking out prison, meaning the formidable woman could be playing a larger part in ‘Fast & Furious 9’, once it releases on May 22, 2020. 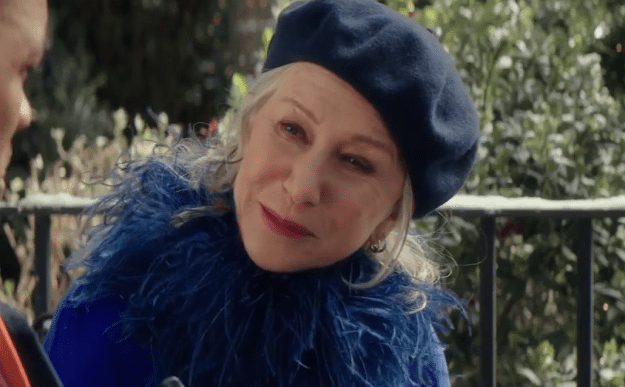 ‘The One and Only Ivan’ is an upcoming live-action/CG hybrid feature from Disney which is based on the Newbery Medal-winning book written by Katherine Applegate. The plot centers on the Big Shop Mall where a gorilla named Ivan lives with an aging elephant named Stella and a dog named Bob. They don’t remember how they ended up there. But their life takes a turn when an abused baby elephant, Ruby, turns up. Ivan develops parental feelings for Ruby and he starts taking care of her with the help of the janitor’s daughter Julia. As his bonding with Ruby goes deeper, Ivan starts to regenerate his past memories one by one. Eventually, he decides that Rudy deserves a better home.

Sam Rockwell lends his voice to Ivan while Brooklynn Prince voices Ruby. Angelina Jolie joins the cast, giving her voice to Stella’s character. Danny DeVito voices Bob, the dog. Bryan Cranston, Ariana Greenblatt, Ramon Rodriguez, Indira Varma, and Eleanor Matsuura play major roles in the live-action part. Helen Mirren’s part in the voice cast hasn’t been revealed yet. ‘The One and Only Ivan’ is directed by Thea Sharrock from a script by Mike White. The movie is scheduled to hit theaters on August 14, 2020. 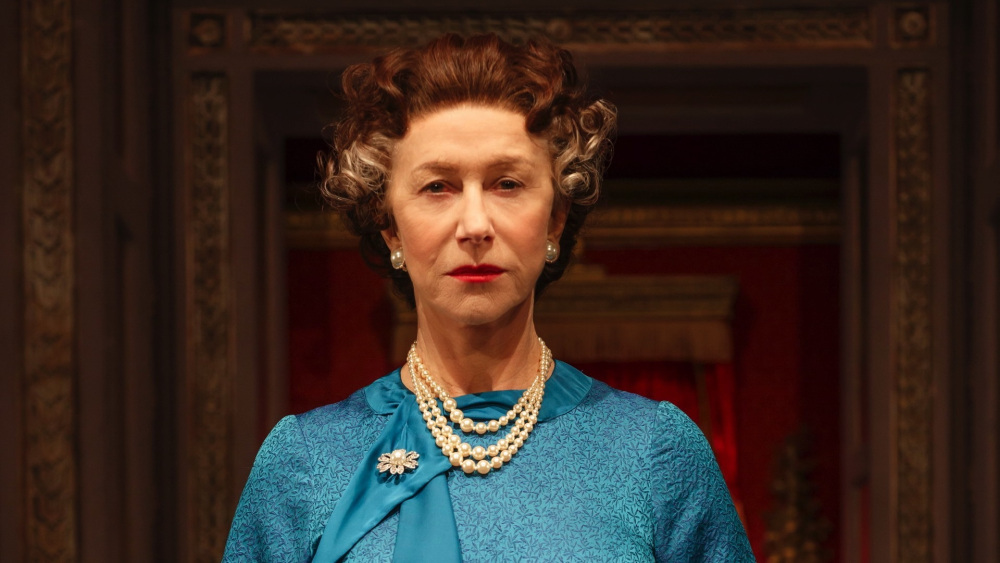 ‘The Duke’ is an upcoming comedy-drama that tells the story of a man who commits a robbery, in order to get the government to pay attention to his demands. The plot follows Kempton Bunton, a 60-year-old London cab driver, who robs the National Gallery in 1961, stealing Goya’s painting of the Duke of Wellington. It became the only robbery in the museum’s history.

The cabbie’s complete story did not emerge till 50 years later, but we have come to understand that he sent out several ransom notes at the time of the theft. They stated that the painting would be returned if the British government dedicated more of their resources to taking care of the elderly. Rather than a robbery, this was a cry for help and attention.

Mirren appears in the role of Bunton’s wife. The plot will definitely benefit from such talented performances and the veteran actress will be looking to stand out in the upcoming movie, once it hits the theaters. 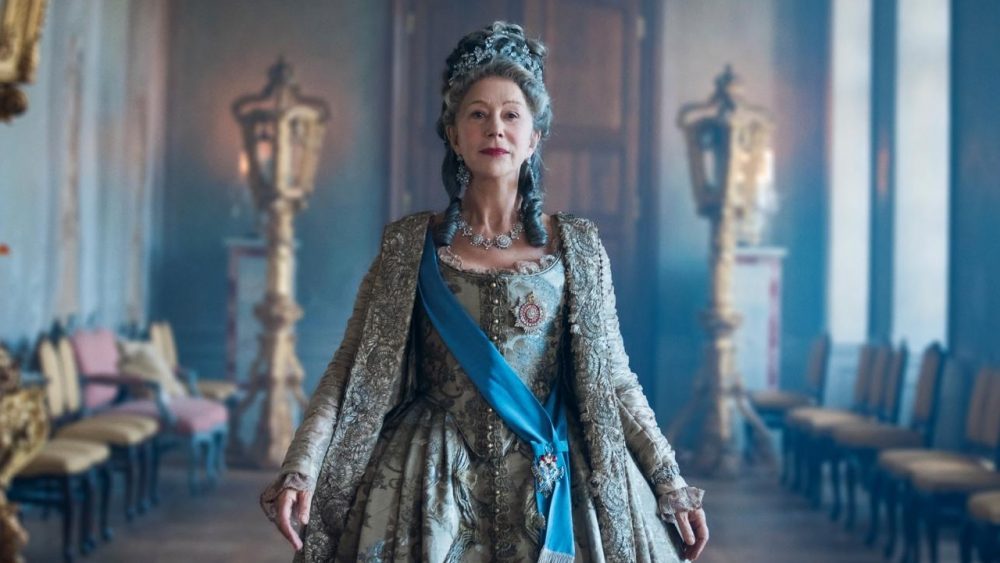 Sky network teams up with HBO for the historical drama series ‘Catherine the Great,’ which features Helen Mirren as the formidable and eponymous Russian Empress. Mirren can be seen alongside Jason Clarke, Gina McKee and Rory Kinnear in the series. We are offered a glimpse into the inside story that chronicles the life and love affairs of one of the most influential female monarchs in history.

The show sheds light on the empress’ scandalous affair with general Grigory Potemkin. Nigel Williams wrote the script for the series, which is helmed by BAFTA and Emmy winner Philip Martin, known for ‘The Crown.’ The first season of the show premiered on October 21, 2019, in the USA, and on October 3, 2019, in the UK. 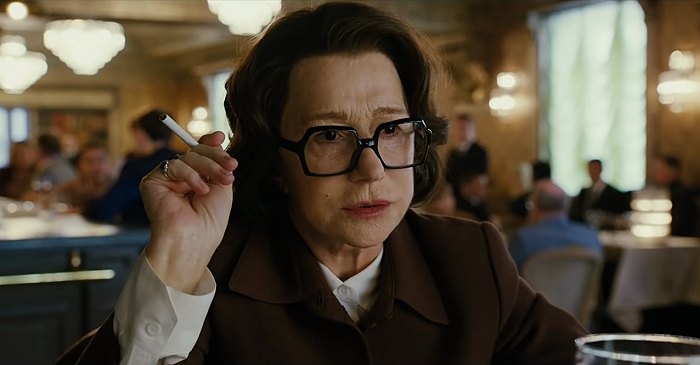 ‘Anna’ is a spy action thriller from director Luc Besson, who is known for movies like ‘Subway’ and ‘Leon: The Professional.’ The plot follows a beautiful fashion model who turns into one of the deadliest assassins in the world. She uses her deceptive charm as a mask to hide her murderous skills. But her life as a secret agent turns upside down when she is sent to Paris for a highly confidential assignment.

Soon, she finds herself at the center of a dark world of international conspiracy and cutthroat deception. Russian supermodel Sasha Luss plays the titular role of the spy while Helen Mirren plays Olga, her superior who sends Anna to Paris. Cillian Murphy is also part of the cast as Lenny Miller. Luke Evans and Lera Abova play other major roles in the movie, which is written, directed and produced by Besson. ‘Anna’ released on June 21, 2019. 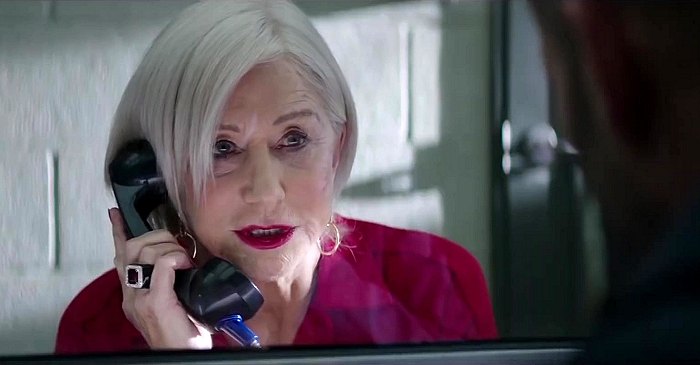 ‘Fast & Furious: Hobbs & Shaw’ is the spin-off the ‘The Fast and the Furious’ franchise featuring two iconic characters Luke Hobbs (Dwayne Johnson) and Deckard Shaw (Jason Statham). The plot follows Hobbs, an American DSS agent, and Shaw, an ex-Britsh spy, and outlaw, who continue their attempts to pin each other down as they used to do in the 2015 movie ‘Furious 7.’ Both the men are known for smack talk, body blows and unpredictable outbursts. But when a villainous anarchist leader Brixton (Idris Elba) possesses a lethal biological weapon that could wipe out humanity from the face of the Earth forever, Hobbs and Shaw form an unlikely partnership to save the world. Soon they realize that they are locking horns with one the most dangerous nemesis ever.