Where To Stream Henchmen? 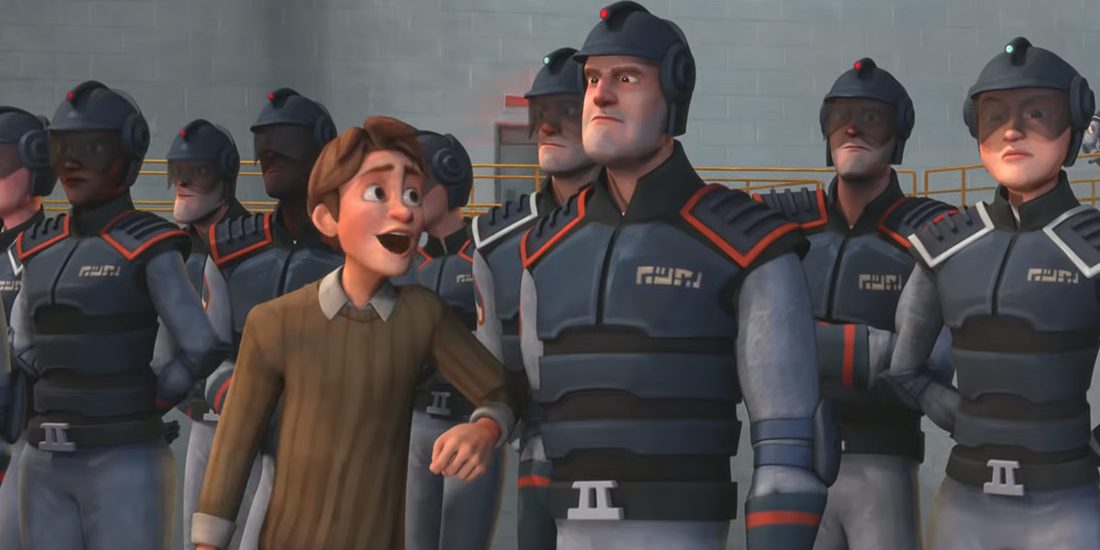 Remember when DreamWorks Studios decided to tell the story of the generally-ignored lackeys of evil supervillains? With ‘Minions,’ the stooge community members, people who work tirelessly to aid the supervillains in their diabolical plans of world domination, were finally put on the map and got the recognition they deserve. Adam Wood’s 2018 animated comedy film, ‘Henchmen,’ aims to do the same.

It puts the spotlight on the team of dedicated evil workers who just want to do a dishonest day’s work and help bring down half-wit heroes. However, as it progresses, our protagonists in the movie find out that it’s not that easy being “bad” when you’re inherently “good” on the inside. Curious to know where you can stream ‘Henchmen’ or watch it online for free? We’ve got all the details right here.

What is Henchmen About?

‘Henchmen’ follows the story of a fresh-faced young comic-book fanboy who dreams of becoming the greatest supervillain and rule the world as he joins the Union of Evil and gets a starter job as janitorial staff, cleaning up after the evil villains. His mentor is a fallen henchman, Hank, who lives by a code – never risk it. When the new kid, Lester, mistakenly steals the supervillain’s deadliest weapon, Hank must break his code and get involved to save the life of the boy, whom he has come to think of as a friend. Along the way, Hank, Lester, and their crew of henchmen-in-training find out that they are not as “bad” as they thought or aspire to be. Let’s find out where you can watch this delightful movie!

Is Henchmen on Netflix?

‘Henchmen’ is not available on Netflix. However, a similar engaging watch that you can try is ‘Ralph Breaks The Internet: Wreck-It Ralph 2,‘ which follows the adventures of video game baddie Ralph and his adorable friend Vanellope.

Is Henchmen on Hulu?

‘Henchmen’ is not streaming on Hulu as of right now, but another heartwarming movie about a misunderstood monster is ‘Abominable‘, and you can watch that on Hulu instead.

Is Henchmen on Amazon Prime?

While ‘Henchmen’ is not part of Amazon Prime Video’s subscription roster, viewers can watch similar films like ‘Megamind‘ and ‘How To Train Your Dragon‘.

Where To Watch Henchmen Online?

Currently, ‘Henchmen’ is only available to buy or rent as video-on-demand on these VOD platforms – iTunes, Google Play,  Vudu, Cineplex Store.

How To Stream Henchmen For Free?

As of right now, ‘Henchmen’ is only being released as video-on-demand and is not available for free streaming on any of the online platforms. We always recommend that our readers pay for the content they consume.