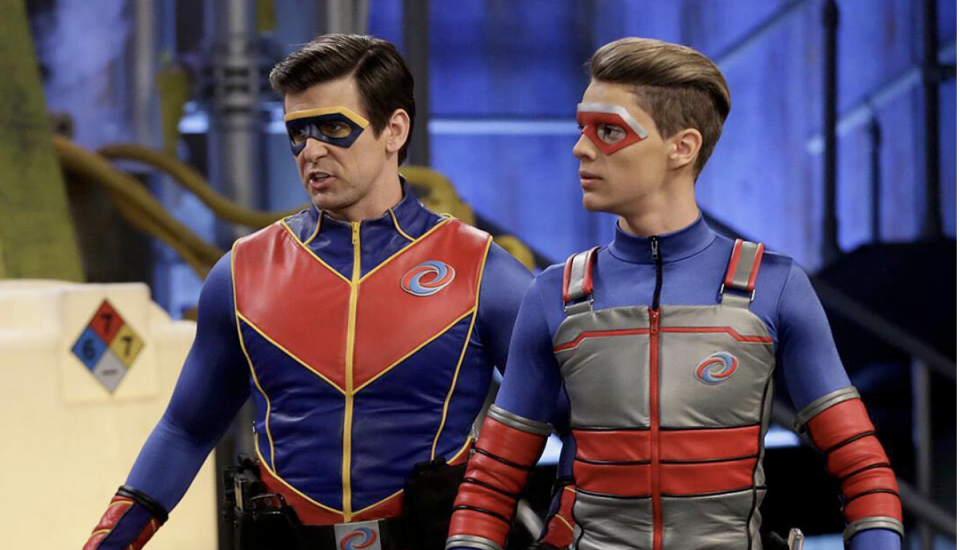 ‘Henry Danger’ is one of the longest-running, fan-favorite Nickelodeon shows that is created by Dan Schneider and Dana Olsen. The comedy television series credits Schneider as one of the executive producers alongside Christopher J. Nowak and Jake Farrow. It originally premiered on July 26, 2014. After running for four successful seasons, on July 27, 2018, the series was renewed for a fifth season. Here is all we know about Henry Danger season 5.

Henry Danger Cast: Who is in it?

Jace Norman leads the cast in the titular role of Henry Hart aka Kid Danger. Henry, a 13-year-old teen, is the sidekick of Captain Man. Endowed with super-mobility and hyper-reflexive powers, he is extremely skilled with gadgets. He spends most of the time with his friends but is always there when it comes to save the world. Henry gains super-quick reflexes after he breathes the fumes of a tarantula combined with those of a brown and yellow lizard.

Cooper Barnes plays Ray Manchester aka Captain Man, a superhero and Henry’s mentor. Ray was transformed into Captain Man when his scientist dad accidentally pulled a lever on his Trans-Molecular Densitizer and Ray crashed into it. Since then, he is indestructible and later, picks Henry as his right-hand man. Captain Man harbors a crush for Henry’s mom, which often irritates the latter. Ray lives in his Man-Cave, located below “Junk ‘n’ Stuff”.

Riele Downs portrays Charlotte, one of Henry’s closest buddies. Sassy, witty, and smart, she is the sole person who does not hesitate when it comes to bringing her friends back to reality. She adores Captain Man and later discovers his secret of Henry being his sidekick. She then takes up the role of his manager.

Jasper Dunlop (Sean Ryan Fox) is another of Henry’s best friends. Extremely innovative with a lot of crazy ideas up his sleeves, he has a strange habit of collecting buckets –which often embarrasses Henry and Charlotte. Even he discovers in latter episodes that Henry is Captain Man’s partner and joins the business.

Piper Hart (Ella Anderson), Henry’s younger sister, is a devotee of Captain Man. She and Henry harbor that typical sibling rivalry, with Piper often claiming that she is unhappy with her life. Schwoz (Michael D. Cohen) is an employee under Captain Man, who builds and operates the multiple high-tech equipment in Man Cave.

Henry Danger Plot: What is it about?

‘Henry Danger’ takes us to the fictional town of Swellview and follows the various antics of its titular character, ‘Henry Hart’, who does an after-school, part-time job as Kid Danger, Captain Man’s sidekick. Captain Man is the primary superhero in the neighborhood, who protects and looks after the citizens of the town. When Henry joins him, Captain Man requests the former to keep his second identity a secret. Henry obeys and does not reveal about his job to his best friends or family. He regularly visits a shop named “Junk ‘n’ Stuff” that leads to the concealed entrance of the Man Cave, Captain Man’s covert lair. Captain Man mentors Henry as he needs help with his multiple tasks and requires someone to take his place when he leaves the town for good.

‘Henry Danger’ primarily chronicles the multiple misadventures of Henry as he teams up with Captain Man to protect Swellview from mad scientists and giant toddlers. But while he does all these, he needs to keep his identity a secret. Additionally, he also needs to keep up with homework while battling super villains. On season 5, we witness Captain Man revealing a “Superheroes Only” room within the Man Cave that’s just meant for him and Henry, when they need peace and quiet. Hit with jealousy, Charlotte, Jasper and Schwoz start building a cooler room. The crew competes against each other to prove who has the better room and it’s not long that matters get out of hand pretty quick.

This superhero-themed show on Nickelodeon is yet another title from the channel that has crossed its mark of 100 episodes after ‘The Thundermans’ and ‘iCarly’. It is branded as tv’s no.1 live-action show within kids aged between 2-11 and 6-11 years.

Henry Danger Season 5 Release Date: When does it premiere?

‘Henry Danger’ season 4 premiered on Nickelodeon on October 21, 2017. It wrapped up after spanning 20 episodes on October 20, 2018. On July 27, 2018 Nickelodeon officially renewed the series for a fifth season comprising 20 episodes. ‘Henry Danger’ Season 5 released on November 3, 2018. Owing to its extremely positive reaction, it was later renewed for an additional 10 episodes and then again for 10 more episodes. This brings the count of season 5’s episodes to 40 and it also makes it the longest-running installment from the series. The season should end sometime in the beginning of 2020.

On Aug 31, 2019, star Jace Norman revealed in an interview that season 5 would be the final season of the series. So, yes, for fans, this comes as a sad bit of news — since this is the last time that we will see Henry and his crazy team of friends embarking on multiple save-the-world adventures.

Nickelodeon has not released a full-fledged trailer for season 5 of ‘Henry Danger’. However, you can head to their official website if you wish to catch up on the latest clips and previous episodes from the show.