Will There be a Henry Danger Season 6 or is it Cancelled? 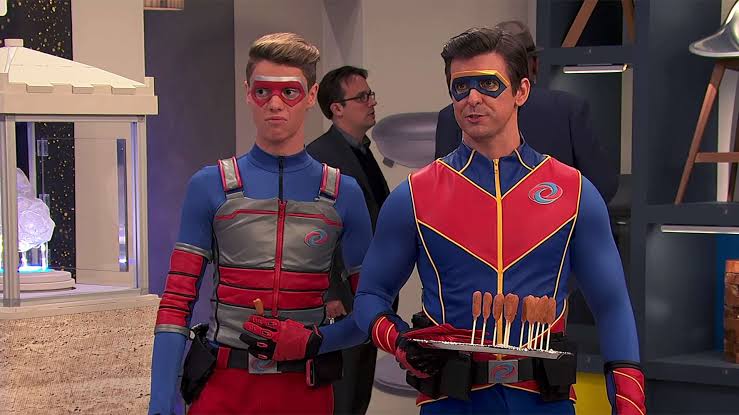 ‘Henry Danger’, Nickelodeon’s superhero-centric comedy-drama, credits Dan Schneider and Dana Olsen as its creators. The story is about a 13-year-old young boy, Henry Hart, who finds himself assuming the important role of serving as the sidekick for Swellview’s superhero, Captain Man.

Under the orders of Captain Man, Henry cannot tell anyone about his dual identity and tries to conceal his secret from his best friends, Charlotte and Jasper, as well as his younger sis, Piper, alongside his parents. Henry accompanies Captain Man in the latter’s secret hideout, Man Cave, located beneath “Junk ‘n’ Stuff”. Captain Man recruits Henry for this job since he believes he needs someone to take over the responsibility of protecting the city when he is no more.

The story chronicles the multiple adventures of Henry Hart and Captain Man. Its major chunk of comic moments comes from the scenes where Henry juggles his double life while balancing the grueling regime of high school, coupled with the crazy events while acting as a crime-fighting vigilante in secret.

‘Henry Danger’ originally premiered on July 26, 2014. And since then, it has been renewed for four additional, extremely successful seasons. Now the question is: will there be a ‘Henry Danger’ Season 6? Well, let’s find out.

Although season 5 was first commissioned for 20 episodes, it was renewed for an extra 10 episodes in December 2018 and then again for 10 additional episodes in April 2019, resulting in a total series episode count of 127 — making it one of the longest-running live-action sitcoms on Nickelodeon.

Now, as far as a sixth season goes, on December 4th, 2018, star Jace Norman revealed in an interview that season five would probably be the final season of the super-hit Nickelodeon series with the fifth season “wrapping the whole thing up”. In yet another statement he said, “Doing a series finale…I’ve never experienced that yet. I don’t want to say it out loud but…I kind of want somebody to die!” He also added, “That would be so cool though. It would be like a nice, tasteful way of making them die and then everyone would be sad.”

When asked by the paparazzi if Norman would want ‘Henry Danger’ to end, he replied: “I’d love if Henry and his friends “save the world” and become superheroes like Captain Man. Charlotte and Jasper are both huge fans of what Captain Man does, and I think it would be super cool for all of us to be a superhero just like him. I’m imagining all of the scenarios we would find ourselves in, it would be awesome.”

Bringing all speculations to end, on August 31, 2019, Jace Norman finally confirmed that season 5 is the last and final installment from the show. This bit of news was confirmed by several stars and crew on their social media handles and the series officially wrapped up production on November 22, 2019.

Well, all good things must come to an end. And this is no different for one of our favorite shows on TV. Well, enjoy the show while it’s still running — since as of now, ‘Henry Danger’ Season 6 stands cancelled.

Henry Danger Cast: Who Is In It?

The lead cast of ‘Henry Danger’ consists of Jace Norman as Henry Hart aka Kid Danger, the central protagonist and Captain Man’s apprentice. Cooper Barnes stars as Ray Manchester aka Captain Man, Swellview’s superhero who is indestructible and yet can feel pain up to a short span.

Nickelodeon has not released a full-fledged trailer for season 5 of ‘Henry Danger’. However, you can head to their official website if you wish to catch up on the latest clips and previous episodes from the show.