Who is Hero Fiennes-Tiffin Dating? Who is His Girlfriend?

The Teen Choice Award winner, Hero Fiennes-Tiffin, has earned great success at a young age. He possesses an acute insight that his character demands, and belonging from a showbiz family is like a cherry on the cake. His burgeoning career rocketed sky-high after his steamy portrayal of Hardin Scott, the male lead in Jenny Gage’s ‘After.’ Released in 2018, it is an American romantic drama film based on Anna Todd’s eponymous New York Times bestselling novel.

Fiennes-Tiffin has also been signed for the sequels titled ‘After We Collided’ (2020), ‘After We Fell’ (2021), and ‘After Ever Happy’ (2022). But it looks like, amidst all the work and forthcoming projects, his love life has taken a back-seat. Either that or the English movie star has chosen to remain tight-lipped about it. We have scoured the internet to find out the truth!

The London born actor belongs from a family well-rooted in Hollywood. His mother, Martha Fiennes, is an English director and his father, George Tiffin, a cinematographer. Fiennes-Tiffin’s excellent understanding of the craft goes well beyond his immediate family. His extended family members and friends practice vocations such as photography and acting like his maternal uncles Joseph and Ralph Fiennes (known for playing Voldemort). In 2020, he revealed in an interview that his name carries a hyphenated surname since his parents were never married.

The ‘After’ fame actor started quite early, making his first film appearance at the age of 11 as Spartak in Suzie Halewood’s British black comedy ‘Bigga than Ben.’ Fiennes-Tiffin amassed millions of fans after he was cast in the blockbuster movie ‘Harry Potter and the Half-Blood Prince‘ for the role of Tom Riddle (the young Voldemort). But it was not something that had just happened to him. 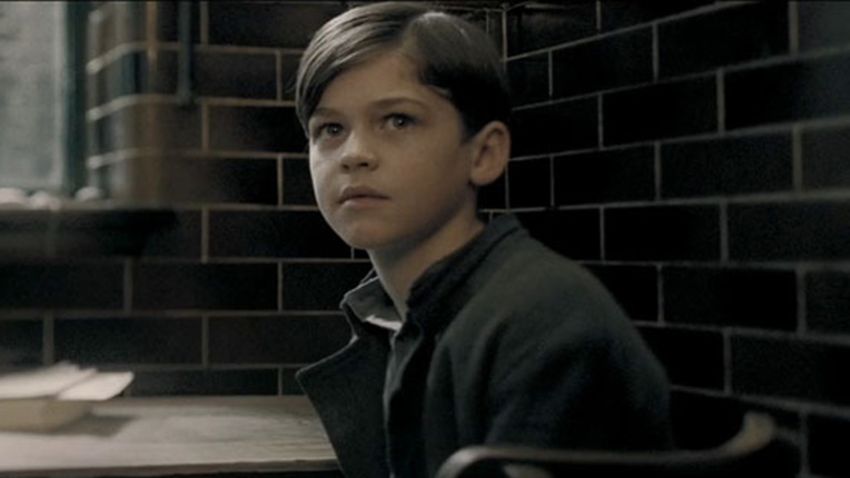 He had auditioned for the part, like thousands other, and got selected for his ability to sense the darker connotations of the lines he was given to read. After signing the modeling agency ‘Storm Management,’ the talented actor has had the opportunity to work with global brands like Dolce & Gabbana, Dior, H&M, and Superdry.

Becoming the face of such prestigious labels must bring with it, a crazy amount of female attention and fan following. The undeniable chemistry Fiennes-Tiffin shares with his ‘After’ movie-franchise co-star, Josephine Langford, made the audiences “ship” the two in real life. They share a very comfortable equation on and off-screen and also seem to know each other quite well. The dating rumors reignited after they were spotted together celebrating his birthday back in November 2018. The pair exhibited a distinct sexual tension on all red carpet events while they were touring in Mexico in 2019.

Here’s a little something to hold you over for now 💜 📸: Selfie #awcbts

The same year, Fiennes-Tiffin, in his interview with Elle U.S., cleared the air by stating that he has never developed romantic feelings for anyone to date. He also mentioned that to him, Josephine is nothing more than a close friend. He has shared a couple of cozy and cuddly pictures with his female friends on Instagram (the only social media account he uses). But Fiennes-Tiffin cannot stamp anyone of them as his “girlfriend” and, in fact, addresses some of them as his “sis.”

While playing the ultimate “Bad Boyfriend” character in ‘After,’ his brooding eyes and sweet smile has grabbed countless eyeballs. His fans have been fervently wishing to see him walking hand in hand with his love-interest, whoever it may be. But if it somehow turns out to be Josephine, it would definitely be a dream come true for all of them!