When Does Hi, Bye Mama! Episode 15 Come Out? 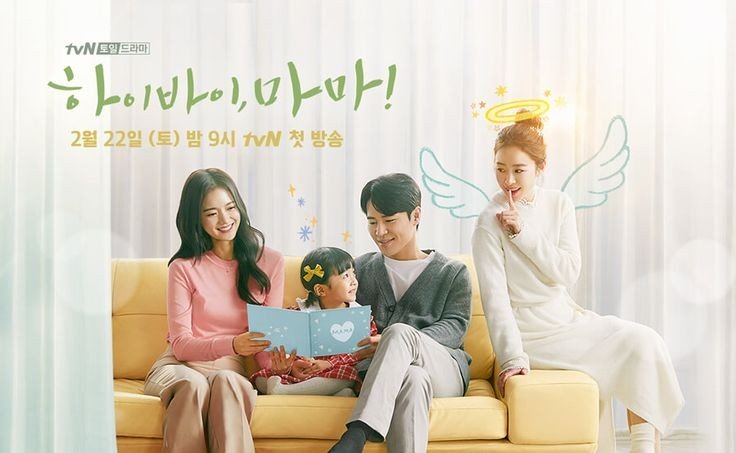 ‘Hi Bye, Mama!’ is a Korean drama directed by Yoo Je-Won, that has done a fantastic job in keeping fans invested ever since its premiere in February. The basic premise of the show revolves around Cha Yu-Ri, a ghost, who desires to go back to her husband, Jo Kang-Hwa, and their daughter, Jo Seo-Woo. After five years, the chance to be a human again is here now, but Cha Yu-ri only has 49 days to go back to exactly where she was before she died, or lose the opportunity and her family forever.

In the previous episodes, we saw how everything had changed after Cha Yu-Ri’s death, especially her husband. Joo Kang-Hwa, who once used to be loving, caring, and full of life, lost his spark after his wife’s death and was only surviving to take care of their daughter. Now though, with him having moved on and remarried, Cha Yu-Ri realizes that coming back might not have been as easy as she thought.

After learning that she was watching over him and See-Woo all this time, Kang-Hwa breaks down and lets his now-wife, Oh Min-Jung, know the truth about how Cha Yu-Ri came back from the dead and has been with them for a while. The last episode showed us that Yu-Ri, though desperate to stay alive, knows that the possibilities of her dying again soon are high. So, with that, ‘Hi, Bye Mama!’ is all geared up to come to a conclusion next week.

Hi, Bye Mama Episode 15 Release Date: When Does it Premiere?

Every single episode is released on Netflix after it has premiered in Korea. You can binge the already released episodes with English subtitles on the platform right now before the final episodes air on the weekend. You can stream Netflix on a tablet, smartphone, gaming console, desktop, or a streaming device such as a Roku, Apple TV, Chromecast, AirTV, Amazon Fire TV, and more.

After a heartbreaking and tear-jerking couple of episodes last week, ‘Hi, Bye Mama!’ episode 15 is expected to be the same. With it being the second last installment of the series, episode 15 will take us on a roller coaster ride as Cha Yu-Ri’s 49 days near its end. We can expect the plot to involve a lot of drama, which would include exorcists, Cha Yu-Ri’s family and friends, and Kang-Hwa confronting her about her future and if it would exist.