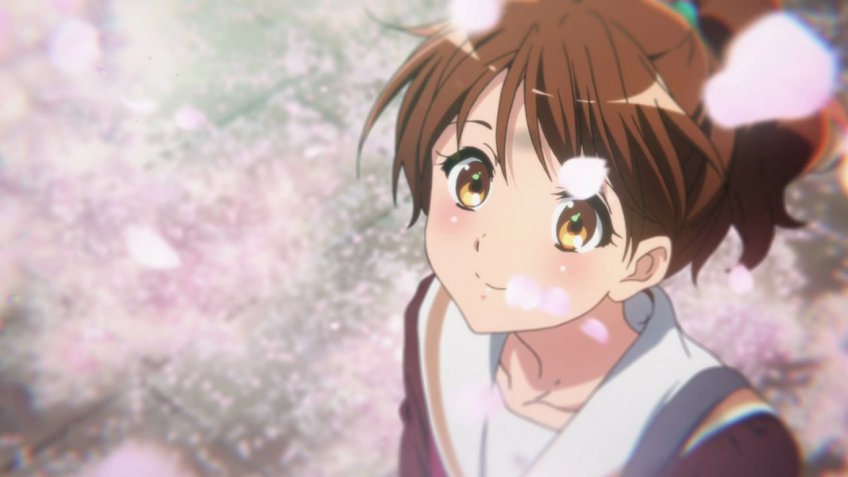 In 2015, a Japanese anime studio called Kyoto Animation announced plans to adapt the novel series into an anime television series, and Season 1 of Sound! Euphonium made its way to viewers’ screens on April 8, 2015. Season 1 was followed by the release of a bunch of special episodes in 2015 and a summary movie, and in the following year, the show returned with Season 2, which premiered on October 6, 2016. In 2017, the second season was compiled into an anime movie, and subsequently, a sequel was announced. However, this sequel did not come in the form of a series, but was a movie instead. Here’s everything you need to know about it.

Sound! Euphonium Season 3 Release Date: When will it premiere?

Sound! Euphonium season 2 released on October 6, 2016 and ran till December 29 of the same year. Starting December 21, 2016, a bunch of special episodes were also released. A year later, on September 30, 2017, a compilation movie of Season 2, titled Hibike! Euphonium Movie 2: Todoketai Melody, was released, and a year later, a sequel was announced.

You can stream ‘Sound! Euphonium’ on Crunchyroll with its original Japanese audio and English subtitles.

As the name itself suggests, Sound! Euphonium is all about music and focuses on a group of high school students and their school band.

The show starts off when euphonist Kumiko Oumae enters high school. Despite being a talented euphonist, Kumiko has sweared off music in middle school owing to an untoward incident, but her passion for music is reignited when she joins high school. Surrounded by bunch of talented but chaotic musicians who want to create a high school brass band, Kumiko decides to give music a second chance. Along with her old friends, like hornist-turned-trombonist Shuuichi Tsukamoto and trumpeter Reina Kousaka, and new ones like novice tubist Hazuki Katou, veteran contrabassist Sapphire Kawashima, and band vice president and fellow euphonist Asuka Tanaka, Kumiko thus forms a band, hoping to compete in the national school band competition.

However, Kumiko soon realizes that her bandmates are a chaotic bunch, and she finds progress to be very slow. As Kumiko’s hopes of musical glory starts to fade, she receives fresh hope when a new band advisor called Noboru Taki arrives and starts to channel the band’s energy in a productive manner.

As the show progresses, Noboru’s efforts pay off, and Kumiko and her bandmates find success in the regional competition. Following their success, they spend much of their summer break practising with Noboru and his friends, who are professional musicians. However, trouble starts when a former band member voices interest in rejoining the band and triggers unpleasant memories among the senior students. Further, Kumiko also learns more about Noboru’s past, and is surprised when she learns about his motivation to lead the high school band to victory in the national competition.

While Sound! Euphonium has quite a few characters, there are only three main characters in the show. Below, we’ve provided you with brief backgrounds on each of them.

Kumiko Oumae: The main protagonist of the show, Kumiko is a talented euphonist. After an untoward incident in middle school, she gave up her dreams of becoming a musician. However, after she joins the Kitauji High School, she finds herself surrounded by talented musicians, and decides to give music a second chance. She thus enrolls in the high school’s brass bands, and hopes to win the national high school band competition someday. Throughout the show, Kumiko faces several obstacles to her desire to pursue music, and struggles to balance studies and band practice, but she never loses the desire to improve as a musician and find musical glory. As far as Kumiko’s personality is concerned, she is shown to be someone who is not afraid speak her mind, and can often speak out with regard for what others are thinking. She is also shown to be quite a fickle person, and changes her mind often.

Reina Kousaka: Another main character in the show, Reina is a long-time friend of Kumiko, and they had both attended junior high together. The daughter of a professional musician, Reina is heavily influenced by her father, and is a talented trumpeter. She is also shown to be stoic, and takes a lot of pride her skills as a trumpeter. Reina believes that playing the trumpet sets her apart from other people, and she hates people who do not try to stand out from the crowd. Later in the show, it is revealed that Reina, Kumiko, and their band had won a band competition in junior high, but had a falling out afterwards, leading Kumiko to abandon music.

Asuka Tanaka: The final main character in the show, Asuka is senior to Kumiko and Reina, and is the vice president of the high school brass band. Distinguishable for her red-rimmed glasses, Asuka also plays the euphonium like Kumiko. However, she is rather confrontational, which makes her not well-liked. Later in the show, Asuka is abused by her mother and forced to quit the high school brass band against her will.