Is High Seas a True Story?

A classic murder mystery setting involves a bunch of eccentric strangers who are stranded on any luxurious mode of transport or trapped inside an isolated mansion. Netflix’s Spanish mystery series ‘High Seas’ AKA ‘Alta Mar’ follows the same trope, as it revolves around two sisters who get embroiled in a murder mystery on a transatlantic ship in the 1940s. Sisters Eva and Carolina Villanueva embark upon a ship that is sailing from Spain to Brazil in pursuit of a bright future. The sisters extend help to a desperate stowaway without realizing the danger that awaits them.

On a fateful night, the passengers are awoken when the woman falls off the ship and splashes into the water. In the ship of over 1600 people, everyone becomes a suspect to the mysterious murder until they discover the identity of the killer in their midst. Created by Ramón Campos and Gema R. Neira, the period crime series offers a delectable concoction of themes like romance, betrayal, lies, and intrigue, compelling the viewers to think: Is the show inspired by true events? Let’s find out!

Is High Seas Based on a True Story?

No, ‘High Seas’ is not based on a true story. However, there are several artistic and conceptual aspects of Netflix’s fourth original Spanish language series that have been derived from real life. First and foremost, set designer Regina Acuña and production designer Carlos Bodelon created the layout of the fictional ship called Barbara de Braganza by taking inspiration from two famous oceanic liners belonging to the late Art Deco era – SS Normandie and the Queen Mary.

The show features a mural of a map that depicts the route from Vigo to Rio and Buenos Aires. The aesthetic of the map, painted with warm, muted colors ranging from neutral to deep brown bears a striking resemblance to the Atlantic Map in the Royal Salon in Queen Mary. 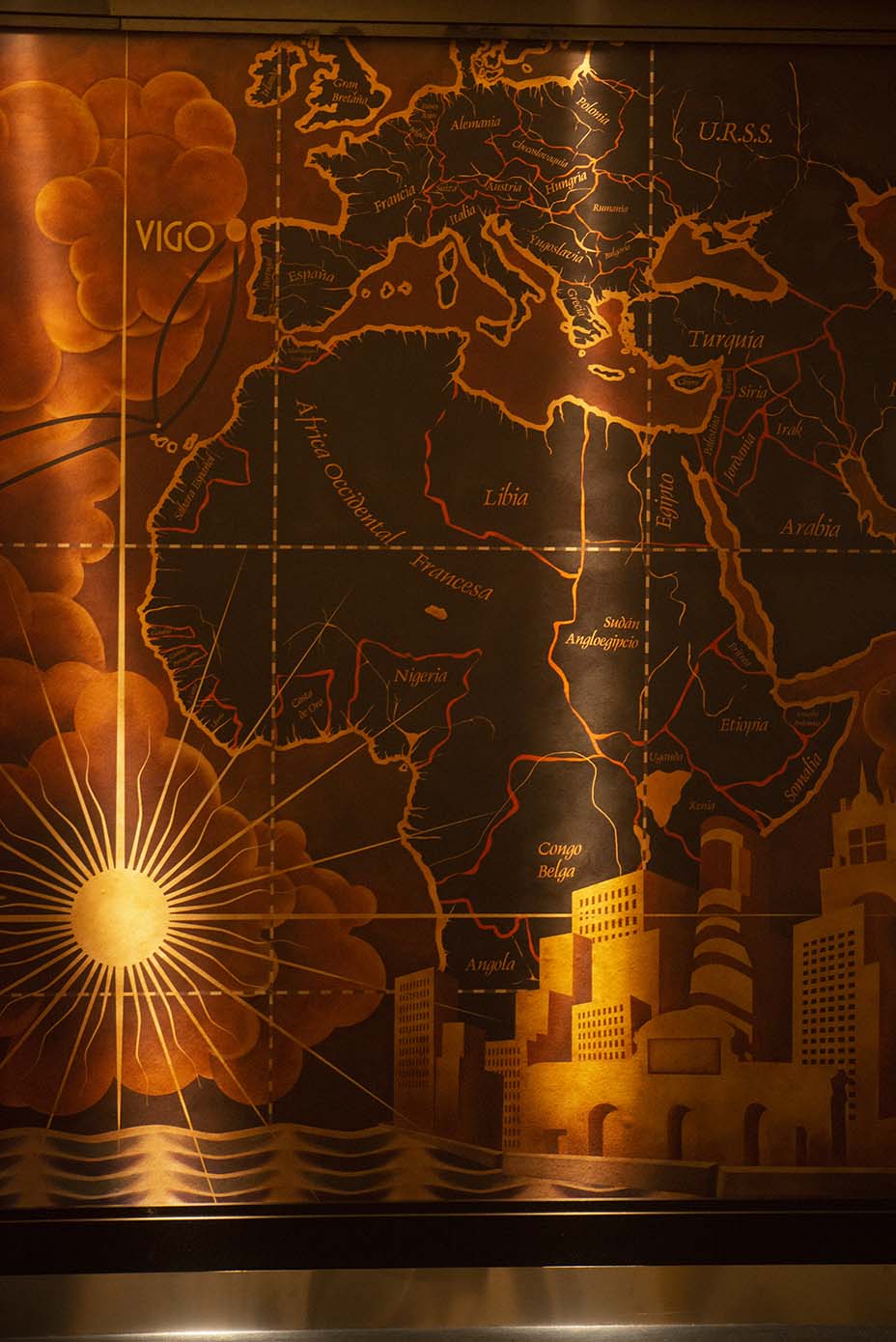 The artistic style and carpentry of the steering wheel, wooden fittings and fixtures, art pieces, and carpets were borrowed from England and Spain after conducting in-depth research on the architecture of Streamline ships from the 1930s. Acuña and Bodelon explored how the staff of the 1940s ships used to make the beds and incorporated the characteristics while designing the cabins for the show. Also, they used an old poster of the SS Normandie to compose the official poster for the show.

While talking about the implications drawn from pop-culture, the first movie that comes to mind is John Guillermin’s 1978 Oscar-winning film, ‘Death on the Nile.’ The show has all the hallmarks of the classic Agatha Christie adaptation that is set on a luxury cruise-ship traversing through the Nile River in north-eastern Africa. 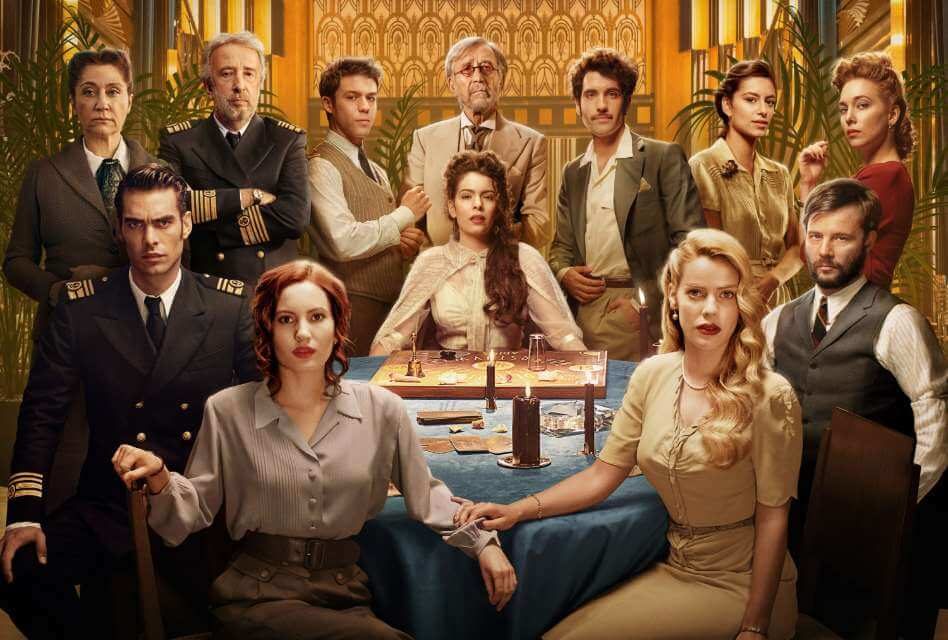 Also, it inadvertently borrows character tropes from several movies like ‘Murder on the Orient Express,’ ‘And Then There Were None,’ ‘Bad Times at the El Royale’ and other films belonging to the same genre. Notwithstanding the aforementioned points, it is evident that the show isn’t based on an actual incident but it rather falls prey to the hackneyed motifs of the genre.