Will There be a Hightown Season 2? 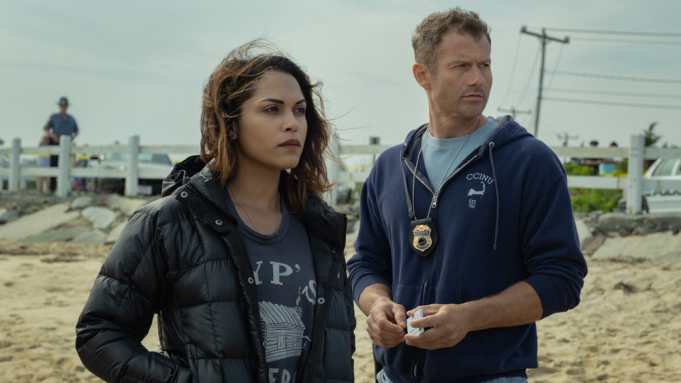 ‘Hightown‘ is an American crime drama that has gotten tongues wagging in the first season. The premise follows Jackie Quiñones, a National Marine Fisheries Service Agent in Provincetown, Massachusetts. She has an affinity for drugs and alcohol. However, when Jackie finds the body of a murdered woman, it launches an investigation that involves the Cape Cod organized crime and the local opioid epidemic. Season 1 brings a gripping tale to life, raising the question of whether ‘Hightown’ Season 2 will get made.

‘Hightown’ Season 1 started airing on May 17, 2020, with the final episode airing on July 12, 2020. There’s good news for fans. The series has already been renewed on Starz as of June 11, 2020. Upon considering the performance of the first season, it is a positive sign that the network did not wait for the end to renew the show. As of now, there’s no fixed release date. However, Season 2 is likely to release sometime in 2021, if filming can commence quickly.

Hightown Season 2 Cast: Who Can Be In It?

We are sure to see Monica Raymund as Jackie Quiñones in ‘Hightown’ Season 2. After all, the series has been about her journey to sobriety, which is shadowed by the murder investigation. Therefore, it will be fascinating to see where her character arc goes. Raymund spoke about her role to Deadline, saying, “For me to be able to play the lead, especially as a queer Latino woman, that is pretty cool.” It remains to be seen if any other characters reappear in Season 2, or if we get new cast members.

Hightown Season 2 Plot: What Can It Be About?

‘Hightown’ Season 2 is likely to investigate criminal matters, perhaps organized crime and drugs, but from a different perspective. The show is structured in a way where an isolated crime helps law enforcement officials shine a light on a bigger problem. Therefore, the separate crime might be wrapped up, but the bigger problem needs to be addressed over seasons.

At the same time, Jackie’s recovery is bound to be on everybody’s mind. It has been a slippery slope for her, and she’s been on the verge of relapsing several times. Once she finds out what happened to Junior, Jackie just might spiral to a dark place. Meanwhile, the investigative efforts were not top-notch in Season 1, showing the flaws in the law enforcement system too. However, with Jackie embracing sobriety and convincing herself to get to the bottom of things, we might see our protagonist return with a newfound zeal.

Of course, it brings us to Ray, who has been even worse as a detective. Ray has got to stop sleeping around with the confidential informants, but he doesn’t seem to learn his lesson in Season 1. Perhaps something from the past will come to bite Ray, teaching him a valuable truth about being a good detective. Overall, the tone of ‘Hightown’ has been well-loved, so the show will be looking to stick to the successful formula.