Hightown Season 2: Everything We Know 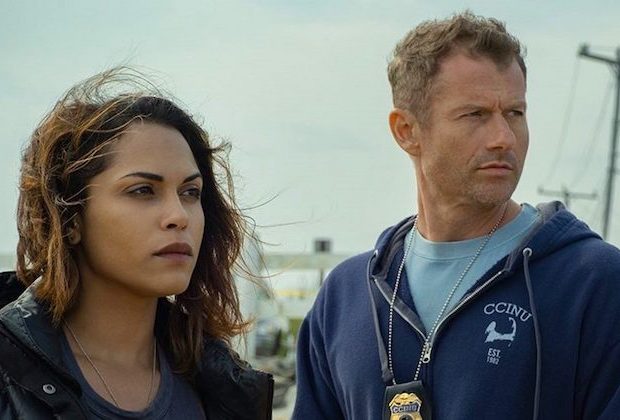 ‘Hightown’ is a crime drama tv series that is created by Rebecca Cutter. The Starz show is about Jackie Quinones, a native of Provincetown, Massachusetts. The wild, party-loving Jackie is a lesbian and works as a National Marine Fisheries Service Agent. But she uses her power and position to seduce tourists. However, things take a turn for the worst when she finds a corpse in Cape Cod Bay, which leads her to the underbelly of Cape’s dirty heroin trade. Mixing drugs, LGBTQ romance, and murder, ‘Hightown’ is a captivating drama whose first season ended with an explosive finale. Here is everything you need to know about its second edition.

‘Hightown’ season 1 released on May 17, 2020, on Starz at 8 pm ET/ 7 pm CT. It consisted of eight episodes and wrapped up with its finale on July 12, 2020. In June 2020, ahead of the first season’s finale, the show was renewed for a second season. Christina Davis, president of original programming, confirmed the news in a statement to Deadline:

“Rebecca, Gary, and Jerry delivered an elevated and well-executed drama that embodies all the hallmarks of a Starz premium series with its dynamic, edgy storytelling, multicultural cast, and female leadership both in front of and behind the camera. Audiences are already deeply engaged with these flawed and complex characters and in a second season we will continue to dive deeper into the relationships between them amidst the shifting tides on the Cape.” Although no release date has been announced yet, we expect ‘Hightown’ season 2 to premiere sometime in Summer 2021.

Hightown Season 2 Cast: Who Can be in it?

‘Hightown’ stars Monica Raymund as the protagonist, Jackie Quinones. You might recognize Raymund from her roles of Maria Torres in ‘Lie to Me’, Dana Lodge in ‘The Good Wife’, and Gabriela Dawson in ‘Chicago Fire’. Joining her in other lead roles are Riley Voelkel as Renee Shaw, Shane Harper as Junior, Atkins Estimond as Osito, Amaury Nolasco as Frankie Cuevas Sr., Dohn Norwood as Alan Saintille, and James Badge Dale as Det. Ray Abruzzo. Rumi C. Jean-Louis appears in the recurring role of Frankie Cuevas Jr. In season 2, the entire lead cast is expected to make their comebacks — barring Shane Harper whose character arc ended in season 1.

Hightown Season 2 Plot: What Can it be About?

Jackie Quinones is a party-loving lesbian who resides in Provincetown, Massachusetts. She is a federal Fishery Service Agent but all she does is seduce women using her badge and gun. She simply wishes to pass her job tenure so that she can earn a federal pension. But things get awry when a dead girl’s body is found in Cape Cod Bay. This leads Jackie to the center of the locale’s rampant heroin epidemic and dirty opioid trade.

This dark and gritty crime drama’s story takes an interesting turn after the above-mentioned incident. Jackie is shaken after the discovery and in order to come out from the trauma, she starts taking her first steps toward becoming sober. But eventually, she is led to believe that she is the one who needs to solve the murder.

Season 1 ends with Junior being pronounced dead after overdosing on carfentanil. Jackie is shocked after hearing the news and her addiction relapses. During a raid on a house of Osito’s suppliers, Jackie and Osito shoot each other. Jackie survives and even Osito is seen recovering in jail. Season 2 will pick up the story from this cliffhanger of an ending and is expected to delve deeper into the world of organized crime.