His Dark Materials Episode 3: What to Expect? 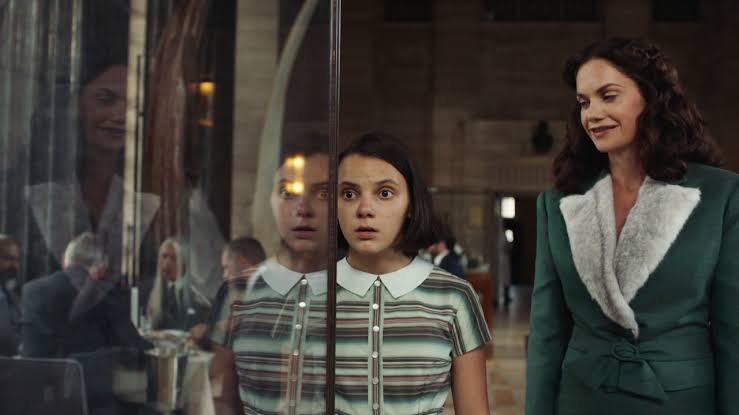 After sparking our interest with ‘Lyra’s Jordan’, ‘His Dark Materials’ takes a giant leap further with ‘The Idea of North’. Though there isn’t much of the North in this episode, the path has been paved for the journey that will take Lyra to the land of the armoured bears and the powerful witches. His Dark Materials Episode 3 is set to air on BBC One on November 17 at 8 pm in the UK, and on November 18 at 9 pm on HBO in the USA. In contrast to the previous episode, this one leaves us with a cliff-hanger, which means that we can only pray for this week to be over as swiftly as possible, so we can find out what happens to Lyra. Until then, let’s speculate.

After coming to London with Mrs Coulter, Lyra tried to adopt her lifestyle, learning “to wield power” over others. But by the end of it, she returns to her older ways, knowing that all of Mrs Coulter’s promises about finding Roger were a farce. She is the head of the General Oblation Board, aka the Gobblers, and she is the one who has Roger, who is now on his way to the North with Billy Costa and other children. In Mrs Coulter’s study, Lyra discovers the blueprints for a machine with children and their daemons imprisoned in them. She also discovers that Lord Asriel isn’t her uncle. He is her father.

As soon as the truth about the woman she admired comes out, Lyra runs away and is captured by the man with the fox daemon. There are two ways that the story could move forward from here. Either she is taken to the North along with Roger and other children. Or, she will be rescued by someone. Also, where exactly is Lord Asriel when all of this is happening to his niece? Sorry, his daughter! Perhaps, in the next episode, we’ll hear more about his exploration and what he is doing in the North while Lyra is fighting for her life.

In the third episode, we might also get to see the facility that Mrs Coulter has planned for the children. And what exactly she plans to do with them will also be acknowledged. Whether or not Lyra will be at the receiving end of this experiment is yet to be seen, but we’d love to see the look on Mrs Coulter’s face if that happens. Another thing to look forward to is the other world, and what Lord Boreal is trying to get out of it? Moreover, who else knows about these secret pathways?

Above all, the alethiometer turned a bit when Lyra tried to ask things from it. Will she finally understand how it works in the next episode?