Will There be a Hit the Road Season 2? 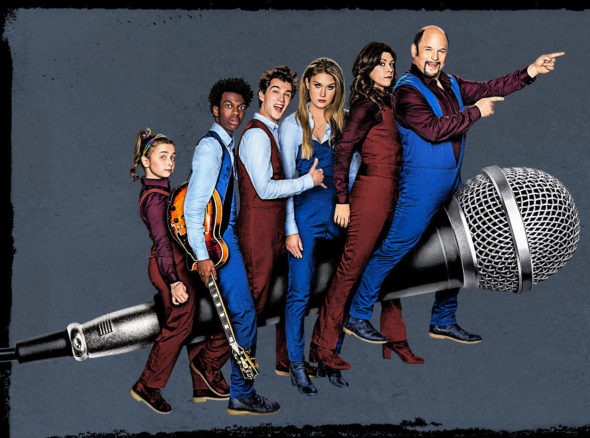 Hit The Road is a comedy television series created by Jason Alexander, Peter Tilden, and Dean Craig, best known for writing the BBC series Off the Hook. It is directed by Jerry Levine, who has previously directed episodes of The Twilight Zone, The District, Joan of Arcadia, Jonas, Life Unexpected, Raising Hope, Ringer and 90210. The score for the series is provided by Jeff Toyne. He is known for creating the music of shows like The Devil You Know, Make or Break TV and Rogue.

The show began airing on the network Audience in October 2017.
Its first season was well-received. Now, the question arises: will there be a Hit the Road season 2? We will delve into that question, but first let’s quickly look into the details of the series.

Hit the Road Cast: Who’s in it?

Jason Alexander stars in the series as Ken Swallow, who is the head of a chaotically dysfunctional family of would-be rock/pop stars. Alexander is an American actor, singer, comedian, and director, best known for starring as George Constanza in the NBC sitcom Seinfeld for which he was nominated for six consecutive Primetime Emmy Awards and three Golden Globe Awards. He also had a supporting role in Pretty Woman (1990).

Amy Pietz portrays Meg Swallow, the wife of Ken. Pietz has previously starred in The Mentalist and How to Get Away with Murder. Natalie sharp portrays Ken’s daughter Ria Swallow. Sharp is known for minor roles in Loudermilk, You Me Her and Van Helsing. She is also a singer and a songwriter.

Nick Marini plays the role of Alex Swallow. He previously starred as Danny Jones in Chicago Med. Tim Johnson Jr., who is known for a multitude of roles in TV shows like Future Man, American Koko, and Kirby Buckets, stars as Jermaine Swallow. Maddie Dixon-Poirier portrays Casey Swallow. Dixon-Poirier is a phenomenal child actor who has starred in the sci-fi Netflix series Altered Carbon.

Hit the Road Plot: What is it about?

Hit the Road focuses on Ken and Meg Swallow, and their doting kids Ria, Alex, Casey, and Jermaine. This dysfunctional group of wannabes fancies themselves as rock stars needing a major break. As the consequences of their decisions confirm, the Swallows are not too capable of thinking optimistically for either their family or their band.

Still, they are unfaltering in their quest for their “rightful place” in music history. Ken is certain about the fact that he has got a unique talent. So, the only thing greater than his goals is the plan he utilizes to accomplish them. Despite the fact that he has never been received as an outstanding artist, he is determined to achieve anything that he believes his family deserves.

Meg used to be a wild child, but now she is a devoted wife and mother, who understands when her children make terrible decisions. She stands by with Ken and his decisions. Mrs. Swallow is trying to figure out the next chapter of her life.

Ria, Ken and Meg’s teenaged little girl has numerous qualities. Additionally, she is a sexy singer, lyricist, and guitarist. However, this cheeky artist has a harsh tone and a surly frame of mind. Ria is concerned about her own career, which she tries to achieve by leaving her home. In the meantime, son Alex, who is a gentle child, agrees with his parents’ objectives. Sweet and apparently dimwitted, Alex keeps no secrecy about his inclination towards drugs.

Despite the fact that the daughter, Casey, has some charming musical skills of her own, she comes up short on her performer’s instinct. While she’s a child who has a certain sense of morality, she can be enticed to twist the rules. Clever and articulate, Casey is capable of making smart decisions. She’s about as sweet and good as the family wants her to be.

At last, there is Jermaine — the Swallows’ adopted child. In contrast to the rest of the family, he has a strong moral compass and fills in that capacity for the rest of them. Jermaine is such a gifted guitarist, that while he’s playing, nobody can ever think or guess about the hard life he’s lived, nor the stress-induced afflictions he suffers — from allergies and asthma to rashes, nose bleeds, and intestinal trouble. The whole family abandons their comfort and well-being and tours through the country to gain fame and recognition.

Hit the Road Season 2 Release Date: When will it premiere?

Soon after the first season ended, it was confirmed by Jason Alexander on December 31, 2017, on his official Twitter account that the second installment of Hit the Road will not happen. The show’s network had also confirmed this. So, it is safe to say that it won’t be returning for another part and officially, Hit the Road season 2 stands cancelled.

It was mentioned, however, that the show is on the lookout for a new “home”; so it still may not be the end for the series as we know. We shall update this section if the series again makes a comeback in another form on a different platform.

For those who haven’t watched season 1, now is the time. Here’s the trailer: