Holiday Date: Cast and Where Filmed? 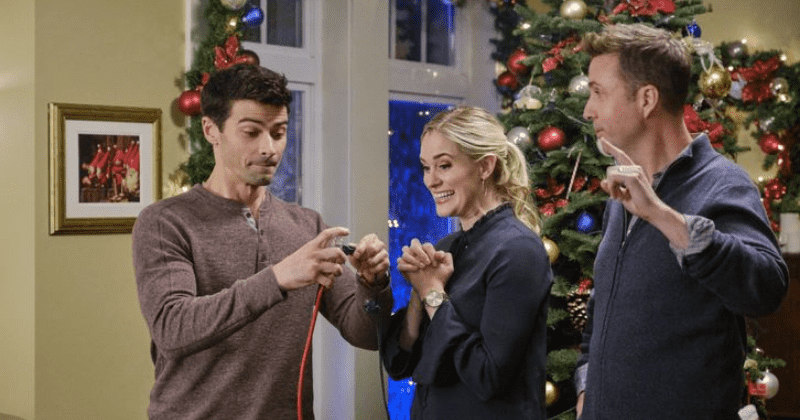 Hallmark is the main destination when it comes to enjoying some great holiday movies with our friends and families during Christmas. Over the years, Hallmark and Lifetime have been coming out with a series of holiday films for us to enjoy. These films might follow a similar structure and narrative pattern, but that does not mean we do not want to leave our critical sides aside and just enjoy a sweet story once in a while. If you are in the mood for a movie with your family this holiday season, you might want to watch the Hallmark film ‘Holiday Date’.

The central character of ‘Holiday Date’ is a woman called Brooke who gets dumped by her boyfriend right before Christmas. Brooke had earlier announced to her family that she would be bringing her boyfriend home for Christmas, but now that he is not in her life anymore, she decides to take along an actor called Joel to pretend to be her boyfriend. However, Brooke gets really worried when she comes to know that Joel is actually a Jew. When the members of Brooke’s family learn about his faith, they very sweetly incorporate the rituals of Hanukkah into their Christmas plans, thus making him feel welcome.

Brittany Bristow, a Hallmark Channel veteran, plays the character of Brooke in this film. Besides the many fictional projects that we find her in, Bristow has also worked in the National Geographic series ‘Wildlife Quest’. Matt Cohen plays the character of Joel in this film. We saw the actor in the MTV teen drama series ‘South Of Nowhere’ for the first time. You can also see him in the CW series ‘90210’.

Most of the holiday films by Hallmark and Lifetime are usually shot in Canada, specifically in Vancouver or Toronto. Canada has become the favorite destination for filming American movies mainly because of the tax incentives being offered. Vancouver has often posed as some of the most famous cities of America, both fictional and otherwise. Shows like ‘The Flash‘, ‘Lucifer‘, ‘Batwoman‘ and others are all filmed in Vancouver.

While tax benefits are definitely an important aspect of making films in Vancouver, the beautiful natural beauty of the city definitely deserves a special mention. In ‘Holiday Date’, we find Brooke taking Joel to her home to celebrate Christmas with her family, and as they travel together, we can expect to see some of the most stunning parts of the city coming alive.

We live in a time when the world is divided on the basis of religion, social class, the color of our skins, and so on. In this highly divisive atmosphere, a film like ‘Holiday Date’ can work as a breath of fresh air. This film speaks of the virtues of inclusivity and acceptance. It teaches us that spreading joy is the only way in which we can be truly happy.