When Will Holiday Gingerbread Showdown Season 2 Premiere On Food Network? 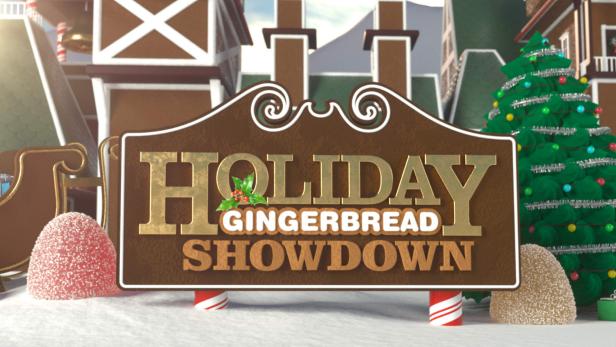 Holiday Gingerbread Showdown is a food television series that premiered on November 25, 2018, on Food Network. The television industry is filled with all kinds of cooking shows. There are shows like ‘MasterChef’ that features the theme of basic cooking competition, ‘Kitchen Nightmares’ that features real-life restaurants and their issues, ‘Restaurant Startups’ that gives an opportunity to budding restaurateurs to turn their dreams into a reality, ‘My Kitchen Rules’ that features celebrities hosting and judging each other’s dishes, and a lot more. Apart from them, there are shows that feature food travelers, different unique cuisines, and even food critics and mentors.

Basically, when it comes to food, the options for cooking shows are unlimited. These shows, most often always seem to do well. The reason is that there is no scarcity of food lovers. No matter what your profession is, you will always get appealed by good food. And this is the mantra that every good cooking show uses.

With so many options already available in the industry, to come up with even a remotely different concept for a cooking show is very difficult. But, Holiday Gingerbread Showdown seems to have done it brilliantly. The show is an amalgamation of art and food.

But, before you we tell you all about Holiday Gingerbread Showdown season 2, let us have a look at the cast and plot of the series.

Marcela Valladolid Rodriguez, a well-known television personality in the Mexican media and haute cuisine expert, hosted season 1. Ricky Webster, known for ‘We’ll Call You’ and ‘Girls Next Door’ was one of the three judges along with Kerry Vincent, host of ‘Save My Bakery’ and Molly Yeh, a popular food blogger behind ‘My Name is Yeh’. Apart from the host and the judges, we saw 9 participants along with their assistants.

For Holiday Gingerbread Showdown season 2, there has been a new cast altogether. Paige Davis will be replacing Marcela Valladolid as the new host whereas Mary Berg, winner of ‘MasterChef Canada season 3’, Maneet Chauhan, a famous chef, and Adam Young will be the new judges.

What is Holiday Gingerbread Showdown About?

The holidays are about to begin and during the festive holiday season, all we want to do is spend all day under the blankets and having delicious desserts. Well, the show cannot say about the blankets, but dessert? Sure.

Holiday Gingerbread Showdown features talented gingerbread artists, competing against each other. They create amazing looking, and even better tasting gingerbread desserts that are based on holiday themes. Along with some added twists and turns that make the show even more interesting for the viewers and contestants, the final prize money of $25,000 acts like the main highlight of the series.

The series began with the contestants creating beautiful showpieces using gingerbread that were innovative and creative. The following episode was based on the movie ‘Elf’, where they had to create a piece of dessert that reminded the judges of the movie. The big plot twist was revealed in just the second episode of the show when the winning team was selected straight for the finals. The contestants were then asked to use their creative heads and make something that would resemble the closest to the theme of ‘North Pole’. In the final episode of the show, the contestants competed to create a masterpiece that showcased their ‘Ultimate Holiday Celebration’ scene. They were allowed to put their personal touches to bring out their individual holiday traditions on the plate.

For Holiday Gingerbread Showdown season 2, we expect the same warmth and excitement that would remind us of the amazing upcoming holiday season along with some great recipes and cooking tricks.

Holiday Gingerbread Showdown season 1 premiered on November 25, 2018 on Food Network. The show comprised a total of 4 episodes of almost 45 minutes each that aired every week. The final episode of the series premiered on December 16, 2018.

The show was well-received by the audience as it gave a homely feeling to them. Interestingly, the show was also liked by the kids as it had all the elements that they truly love – festivities, gingerbread, competition thrill and of course, lots and lots of creative desserts, that too in the most innovative styles ever.

Looking at the great response from the viewers, the show was commissioned for a renewal. And as good news for all the food plus gingerbread lovers out there, Holiday Gingerbread Showdown season 2 will be premiering on December 1, 2019.

We know that you all must be very excited as there is almost no time in the release of Holiday Gingerbread Showdown season 2. But before you start streaming the channels, here is the trailer of season 1 to remind you of the wonderful treat you’re about receive in season: