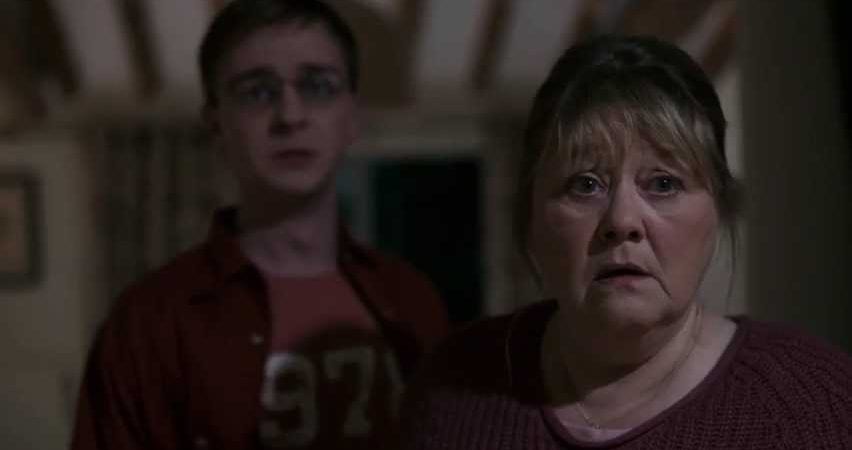 When you are alone at your home, a little creaking noise will send shivers down your spine. Imagine you are alone in your home all comfortable, and you notice that you are not the only one. Home Alone takes that thought and projects it on the screen. This series is about real life experiences of crazy stalkers, robbery victim, etc. portrayed dramatically on Investigation Discovery’s Home Alone. Created by Ali Naushahi (Forbidden: Dying for Love fame) and Stuart Jones, the show first premiered on October 12, 2017.

Home Alone Cast: Who is in it?

Each episode of season one and two had different stories, involving different people playing different roles. The series is narrative type, where people who had these experiences narrate their stories. There is an ensemble of cast of several actors, each playing their character with dedication.

Home Alone Plot: What is it about?

In this nerve-wracking series, a home becomes the setting for unimaginable horror. Scenes of unbearable tension grab the audience and take them along for a chilling ride into true, unbridled crime. This series shows the experiences which have had a lasting effect on a person or a family. The series follows interactive method, where the incident has been dramatised names changed as the person narrates the incident in detail.

Each episode features a new story, a new spine chilling experience, making you stay on the edge of the seat thinking what will happen next.

To give you a little taste of how the show works, here’s a brief synopsis of the final episode of season 2.

In Beaumont, Texas, John II and Yei live with their sons, John III and Jerome. On Nov 4, 2009, Yei and John leave for a concert, leaving their sons at Yei’s friend Erica’s home, only to return to find their home was broken into. Some money and a gun were missing. This makes Yei makes her house theft proof by installing an alarm.

On Dec 29, 2009, John leave house to meet his brother for some quick work, due to which Yei does not activate the alarm. Five minutes later, there is a knock on the door, Yei answers it, to find her husband being held hostage at gun point and the intruders entering the home to loot them of money and jewelry. John is stabbed in the leg, by one of them. Yei described them, one being short and another taller. The shorter one was impatient and the taller was more calm type. The taller one had stabbed John in the leg. Yei gets up and hands them the money from the closet, around $30,000 in cash from settlement. Yei thinks they will leave after this, however, they demand more. Yei hands them her jewellery as well. The intruder ties the family with duck tape.

After some time they leave the house to check John’s car. Yei cuts herself lose and tries to runs to find help. While running, Yei is shot in the back by the taller intruder. Scared, the intruders leave the house. Sometime later, John comes to help and calls an ambulance. Actual footage of the crime is shown. Later the police found a finger print of the taller intruder on the duck tape and identified the man as Brock Jimone McNeil. Later, it is shown Yei was shot in the lumbar members L2 and L3, in the spine, making her paralyze waist down, unable to walk.

Brock was sentenced to life imprisonment in April, 2016 on charges of aggravated robbery. Brock did not disclose any information about his accomplice in crime. The first was another incident and Brock was not related to that. Throughout the episode, actual footage of crime scene is shown, and interviews from the Yei, Erica, and Yei’s Mother Patricia is delivered.

Home Alone season 2 premiered on October 9, 2018 and ended on Nov 28, 2018. No official announcement for season 3 has been made by Discovery Channel till now. But going by the pattern of releases of previous seasons, if the show does get renewed, Home Alone Season 3 is expected to release in October 2019.