When Will Home Before Dark Season 2 Release? 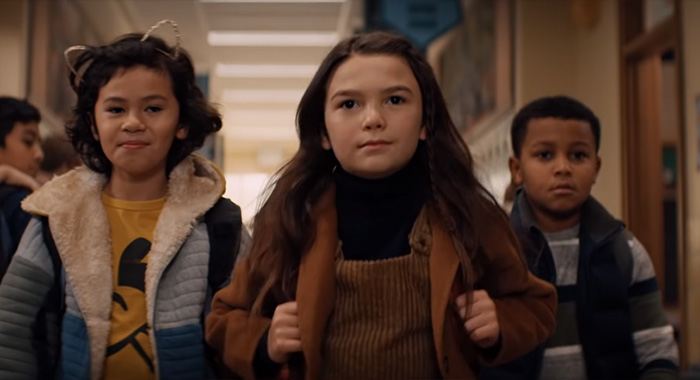 Home Before Dark is an Apple TV+’s show that follows Hilde Lisko (Brooklynn Prince) on her quest to unearth the long lost secrets buried in her father’s hometown, an idyllic lakeside town in Washington. For those who don’t know, the show is based on the true story of Hilde Lysiak, an award-winning young journalist who cracked a murder case when she was just 9-yrs-old. The first season of the show received universal acclaim, with many praising Prince’s performance. If you are one of those who loved the show and are wondering if and when will Home Before Dark season 2 release, we have some good news for you. Read on.

Now, as far as the next season goes, here’s what we know. On January 19, 2020, more than two months before season one’s premiere, Apple confirmed the second season renewal. Dana Fox, one of the creators, said to Deadline that she wanted to make the show “super bingeable.” “I think we just felt strongly that we wanted to make something that we had never seen before, a sophisticated drama with a young female at its core,” she said. “We wanted parents to watch first and see if kids can handle it. Parents will decide with their kids. The tone was the most difficult thing to nail.”

Fox didn’t stop there. She also went on to say that she wanted Brooklyn Prince’s young character, Hilde Lisko, to be treated in the same way as someone like Benedict Cumberbatch’s Sherlock. Frankly, It is quite remarkable for the series’ creators and producers to have shown such confidence and planning.

Even though the makers didn’t reveal when the next season will come out but we can certainly make an intelligent guess. Considering the fact that the show was planned as a multi-season offering, it can be assumed that the screenplay is ready. There’s a good chance that season 2 might be in pre-production. Our best estimate is that Home Before Dark season 2 will release sometime in Fall 2021.

Home Before Dark Season 2 Cast: Who can be in it?

It goes without saying that Brooklynn Prince will be back in season 2 to essay the character of Hilde Lisko. Jim Sturgess and Abby Miller who play Hilde’s father and mother respectively should also be back. Kylie Rogers, who plays the role of Hilde’s elder sister Izzy Lisko and Mila Morgan, who stars as her younger sister Ginny, should be back in season 2 as well. We also expect several new faces to join the show in the second season.

Home Before Dark Season 2 Plot: What can it be about?

Season 1 ends with several open questions. First and foremost being, Richie’s body is not found in the van. Hilde’s sharp eyes spot clues that suggest Richie escaped as the van was drowning. In the next season, Hilde might go on a quest to find out where Richie went after he escaped. Another question that remained unanswered was: who hired Zeke to kidnap Richie? And are there more secrets buried in the town that Hilde might come face to face with?

We can’t wait for Hilde to begin her investigation again. We are sure you can’t wait either.