Homicide City Season 3: Everything We Know 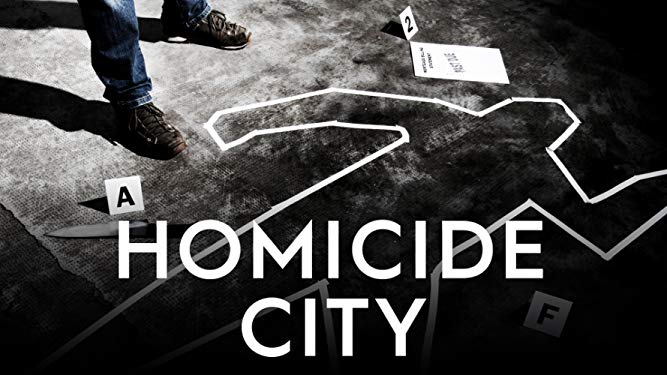 ‘Homicide City’ is a documentary drama series that first premiered on January 2, 2018, on Investigation Discovery. It is directed by Gregory Palmer, Steven Wesley Miller, and David Lenger. The show features true crimes presented in an unscripted style. It dives deep into the world of dark and unforgivable murders and gives the audience a disturbing story of the country’s harsh reality. With the series’ first two seasons opening to positive reviews, here’s everything you need to know about ‘Homicide City’ season 3.

Homicide City Season 3 Cast: Who Can be in it?

Zeus Cambell is the narrator of the show. ‘Homicide City’ does not have any fixed cast or host but stars different detectives to shed light on the internal details of a case. The show is unscripted and hence, the information shared by the detectives is as real as it can get. Season 3 is expected to feature Cambell as the narrator in some of the episodes. Other than that, the documentary will stay true to its original format.

What Can Homicide City Season 3 be About?

‘Homicide City’ season 1 features the dark crimes of Philadelphia. The season begins with the case of Patty and Richard Zimmerman, the jewelers who were found dead in their Society Hill Townhouse. At first, it seemed like a case of robbery gone wrong, but as the detectives proceeded further into the investigation, it was revealed that nothing was actually stolen and the homicide was indeed a well-planned cold-blooded murder with extremely sinister motives. Season 1 aired its final episode in March 2018. There is a case about a Russian American mortgage broker who was found dead at her home for no apparent reason. The case sent chills through the Russian American community of Philadelphia and the case gained worldwide attention.

In ‘Homicide City’ season 2, the audiences are once again taken to the deep dark corners of Philadelphia. The season begins with a tragic and treacherous homicide of an 18-month-old baby, whose corpse was found lying in a park on the outskirts of the city. The first suspect that came to everyone’s mind was the father but when he was found worrying and looking for his kid and her mother, the detectives realized that the case was much more horrific than it looked. The last episode of the season features the murder of a popular DJ, who was found dead outside his radio station. On the outside, the homicide appeared to be a case of a robbery that went bad but as soon as the investigation started, it was clear that the murder was a well-orchestrated homicide.

‘Homicide City’ season 3 will be based in Charlotte. It is sure to consist of some baffling and tragic cases. You can also expect the detectives to give the audience a show full of minor and major details that they would have missed otherwise.