Where to Stream Honey Boy? 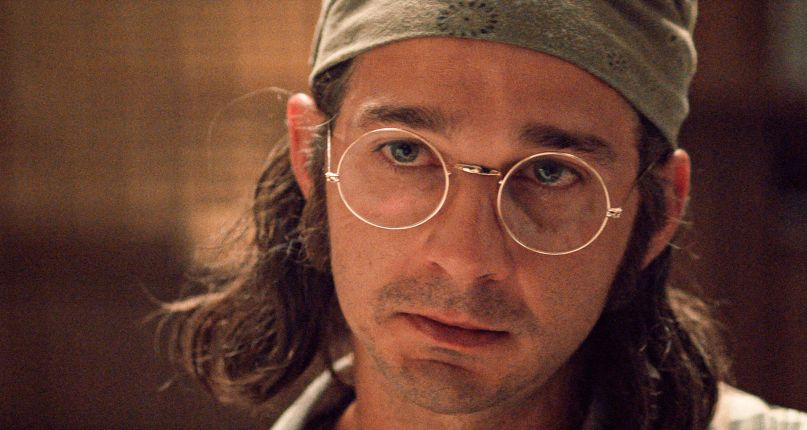 We all have, at some time or another, marveled at the acting prowess of Shia LaBeouf. From arthouse films to mainstream commercial movies- the actor has left his mark with the help of many fine performances over the years. But who knew that the actor’s life was so troubled as a child that one could make a movie out of it? Well, that prospect has now been made into a reality with the actor himself penning the script of ‘Honey Boy’, the film which has been hailed by critics and audiences alike.

2019 has really been one of the best years in cinema. And in this year of many great films, ‘Honey Boy’ has managed to stand out because of its immaculate writing, direction, and performances. Another interesting aspect of the film is that it is the feature debut of filmmaker Alma Har’el, who has already stunned audiences across the world with her award-winning documentary ‘Bombay Beach’.

Appearing in the ‘Transformers‘ films has surely made a star out of LaBeouf, but we should not forget that he has been a part of films like ‘Nymphomaniac‘, ‘The Peanut Butter Falcon‘, and ‘American Honey‘, where he has shown us what a brilliant actor he truly is. His new project naturally has garnered a lot of interest, and you are no doubt very eager to know where you can watch ‘American Honey’. We are here to tell you just that, but before that, we would like to guide you through what the movie is actually about.

What Is Honey Boy About?

The story of ‘Honey Boy’ is somewhat based on the childhood of actor and screenwriter Shila LaBeouf. The central character of the film is a child actor called Otis Lort whose days constantly revolve around performing on the stage and making his father happy in the process. However, his father, a former soldier, is pretty abusive towards him and wants to berate him at every chance he gets. As the domestic conditions roughen for this little boy, we feel that passing every single day is becoming a challenge for him.

LaBeouf took the bold decision of portraying his father’s character in the film and does so with complete mastery over his craft. Lucas Hedges and Noah Jupe play Otis’ character in different stages of this life, and they too have managed to pull off their characters with finesse. Interestingly enough, the film also sees singer-songwriter FKA Twigs making her feature film debut.

Is Honey Boy On Netflix?

Netflix, without a doubt, is the most popular streaming platform in the world. Netflix boasts of a collection of films and Tv shows, both original and others, from various parts of the world. However, ‘Honey Boy’ is a film which you will not find on Netflix. But if you are interested in watching movies about children or actors, Netflix has several interesting films like ‘Benji’, ‘See You Yesterday‘ and others which you can check out.

Is Honey Boy On Hulu?

If there is one platform which is presently challenging the duopoly of Netflix and Amazon when it comes to the most popular streaming sites in the world, it is undoubtedly Hulu. With more and more interesting original content, Hulu is slowly becoming a force to be reckoned with. But owing to the fact that it is still playing in theatres, ‘Honey Boy’ is a film which you will not find here. However, the site does boast of films on actors or artists like ‘Becoming Bond’ and ‘Seymour: An Introduction’ which you might enjoy watching.

Is Honey Boy On Amazon Prime?

Amazon Prime has curated its content rather carefully and has numerous films for everyone’s taste. Every passing day, the collection of films on this streaming platform is becoming more and more varied. However, do note that ‘Honey Boy’ is a film which you will not find on Amazon Prime right now. Having said that, we would like to inform you that Amazon Studios is the distributor of this film, and so it seems more than likely that you will be able to stream this film on Amazon Prime in the coming months. Till then, you can check out films on actors like ‘Sunset Boulevard’ on the platform.

Where Can I Stream Honey Boy Online?

Honey Boy is an independent film which has managed to get a theatrical release, and thus we urge you to support independent cinema by paying for it and watching it at a theater near you as soon as possible. As Martin Scorsese has rightly put, theaters are being dominated by big-budget blockbusters, and as conscious consumers, we should all make an effort to save movies that do not have the big entertainment giants behind them.

Is Honey Boy Out on DVD and BluRay?

Unfortunately, ‘Honey Boy’ is not out on DVD and BluRay at the moment. It will most likely be out in February, 2020.

Where Can I Watch Honey Boy For Free?

Freeloaders, we have to inform you that there is no way you can watch ‘Honey Boy’ for free. If nothing good in life comes for free, then why should this critically acclaimed film be any different? The big screen will offer you the best film-watching experience possible, and so the best way to enjoy ‘Honey Boy’ is to head to a theater near you where this film is playing.