Will There be a Hooten and The Lady Season 2? 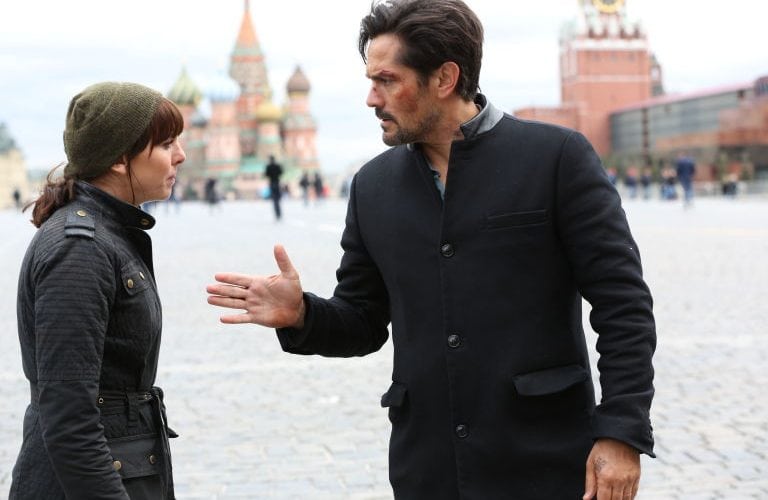 Hooten and The Lady is a fictionalized British broadcasting show by Sky that carries out the narrative of two complete strangers with the same target; they form a questionable union in the hunt of unseen valuables.

This series portrays the adventures of these two main leads who go on various expeditions across the world to many exotic locations in search of a hidden fortune. Hooten and The Lady is directed by five different directors equally; that incorporates in all respect the rip-roaring drama, action, adventure and romance with essence to enliven the series.

The show is definitely worth a watch as it captures the attention of the viewers to a completely fresh concept. The bond formed by them adds a friendly approach to the tale. Go and watch it yourself and see how the narrative unravels. Bet you won’t be disappointed.

The first season of the show was moderately received. Now, the question arises: will there be a Hooten and The Lady season 2? We will delve into that question, but first let’s quickly look into the details of the series.

Hooten and The Lady Cast: Who is in it?

The main lead character of the series is characterized by an American actor Michael Christopher Landes who is a very skilled artist known for his roles of Jimmy Olsen in the first season of Lois & Clark: The new adventures of Superman and Officer Thomas Burke in Final destination 2. He even plays the male lead in a British television comedy-drama, Love Soup.

The female lead of this show is an English actress Ophelia Lucy Lovibond, well known for her roles as Carina in the movie Guardians of the Galaxy, Izzy Gould in the BBC’s W1A, and Kitty Winter in CBS’s Elementary.

The character of Ellen Bond is played by Tallulah Jessica Elina Hynes who is an exceptionally talented English actress, director and writer, remarkably known as Jessica Stevenson until 2007. She is one of the creators, stars and writers of the British program Spaced and has worked for over two decades in this field. The sketch of the personality, Clive Stephenson, is depicted by an English actor Shaun Parkes born in London. He has played various roles in numerous television broadcasts and films such as The River, The Treasure Island, Death in Paradise and Lost in Space.

Hooten and The Lady Plot: What is it about?

The prime focus of Hooten and The Lady’s structure is on both the fearless character’s exhilarating quest on finding the hidden treasures of the earth and their adulation for mythical ancient antiquities, and its traces which are unknown to the common masses. The female lead Lady Alexandra is a determined, passionate British Museum Curator who travels to the Amazon forest on the lookout for the lost camp of Victorian voyager Percy Fawcett.

She partners with the American explorer Hooten, and later, they both encounter the legend El Dorado also known as the golden king of the South African city Johannesburg. It is mostly recognized as a modern-day El Dorado, due to the tremendously huge gold deposit discovered along the Witwatersrand on which it is based. Both the characters Hooten and Lady Alexandra have to go through a lot of unusual obstacles along with their contrasting personalities, where the two have to stick to and support each other throughout the dreadfully long pilgrimages that they have yet to venture on the globe.

Lady is a very smart, knowledgeable, seemingly of determined nature, seeking various escapades and puts her marriage on hold with her fiancé Edward. He has some repeated appearances in the show. Hooten is a man with effortless communication skills but has a dark and impulsive nature and always felt quite rejected by life.

Although, it is speculated that there are no romantic feelings shared by the two; they only have a relationship formed on the foundation of their astonishing drive to chase after the globe’s mythical wonders. Both serve and compensate for each other’s shortcomings in times of necessity. Their similar endeavors are supported by other characters like Ella Bond and Clive Stephenson in the series.

The entire season’s episodes have scenes that are set across a number of exotic and fresh locations. Places they explore through the series are ‘The Amazon’, ‘Rome’, ‘Egypt’, ‘Bhutan’, ‘Ethiopia’, ‘Moscow’, ‘Cambodia’ and ‘The Caribbean’ where the two leads try to overcome obstructions pertained to their next hunt.

Hooten and The Lady Season 2 Release Date: When will it premiere?

Unfortunately, the show did not do well and was unable to get the attention of the audiences. Hence the production house made the announcement about its cancellation. CW president Mark Pedowitz said, “We are pleased with the total viewing audience. We wish the 18-49 ratings were better.” He further added, “We were informed by the British yesterday that they were not planning to go forward with a season two.” Hence, it’s safe to say that Hooten and The Lady season 2 stands cancelled.

Hooten and the Lady Trailer

You can watch the trailer for Hooten and The Lady if you are fascinated and intrigued by this gripping storyline of the two leads’ legendary ventures. It is a series which can be enjoyed by all as it has a visual charm to it.