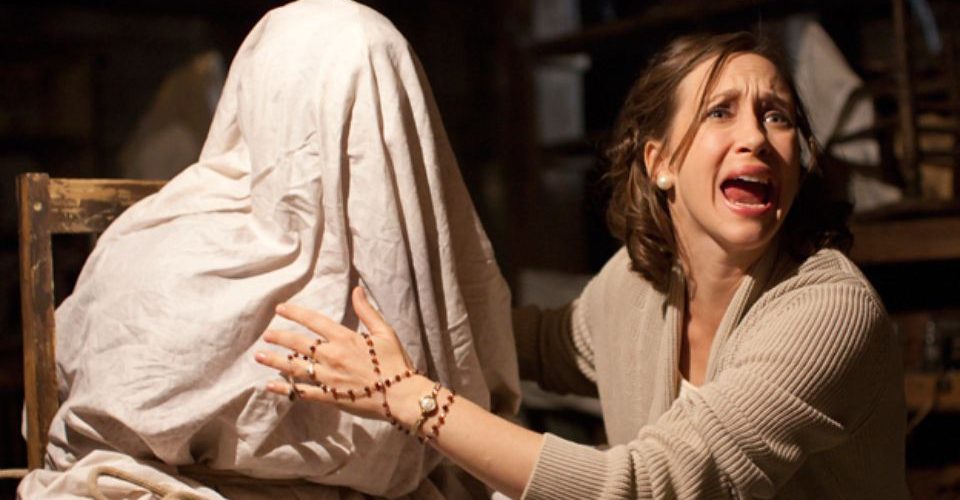 Plainly saying it, ghosts and horror stories freak me out. It is enough spooky that they exist on the screen, but the thought of imagining them in real life makes me want to puke. Apparently, when you deal with the netherworld, there are no boundaries. The spirits and apparitions roam and roll according to their wish, giving unsettling meaning to the term “free spirits”. There have been occasions in the past when the set of the productions become audience to paranormal events. The reasons behind the happenings haven’t had scientific elucidations, and that, ladies and gentlemen, is scary. We decided to steal your sleep and provide you with a list of horror film sets that were really haunted. Happy reading! 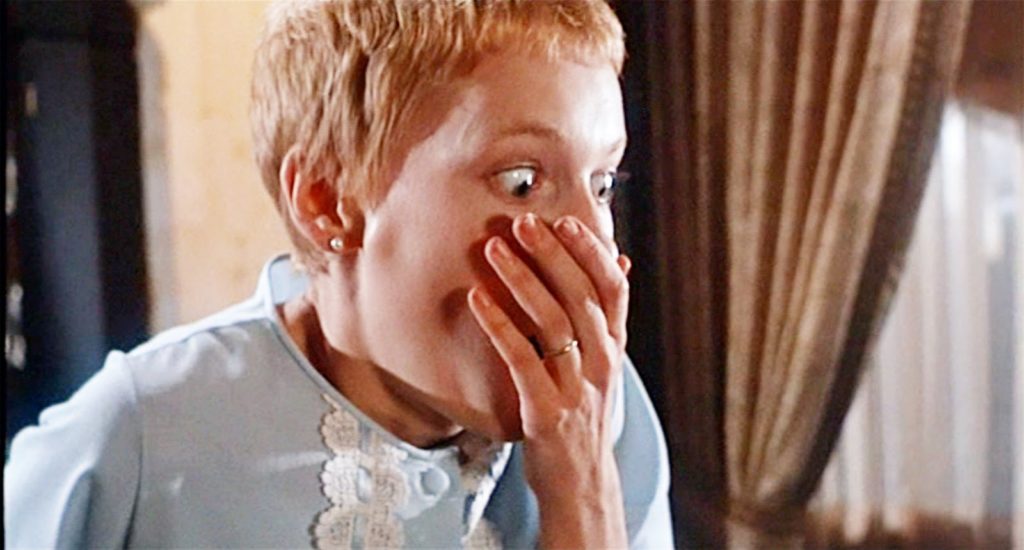 Seeing this movie gave me nightmares for the next week. And at the end of the day, that was the intention behind it. Helmed by the mercurial Roman Polanski, the horrifying tale of a pregnant woman getting entangled in a stana-worshiping cult is emotionally eviscerating. The events that transpired after the wrap of the film are truly shocking. Composer Kryzftof Komeda died of a blood clot a year after the film, same way a character had died in it. What was more petrifying, was Polanski’s wife Sharon Tate being slain along with four others by a cult, stabbed 100 times, with the words “PIGS” written on the wall in blood.

Another one of those movies that deals with vestigial traditions, the movie turned out to un-interesting to say the least. But the events that took place on the sets sure made for an interesting read. The focus lights on set cracked with no plausible explanation and chilly breezes wafted through closed sets. It only seemed to happen when integral scenes were in the process of being filmed. The creepiest though by far, was the reducing of the storage facility to ashes. All the film’s props, including real life dybuuk boxes caught on fire and were completely obliterated. 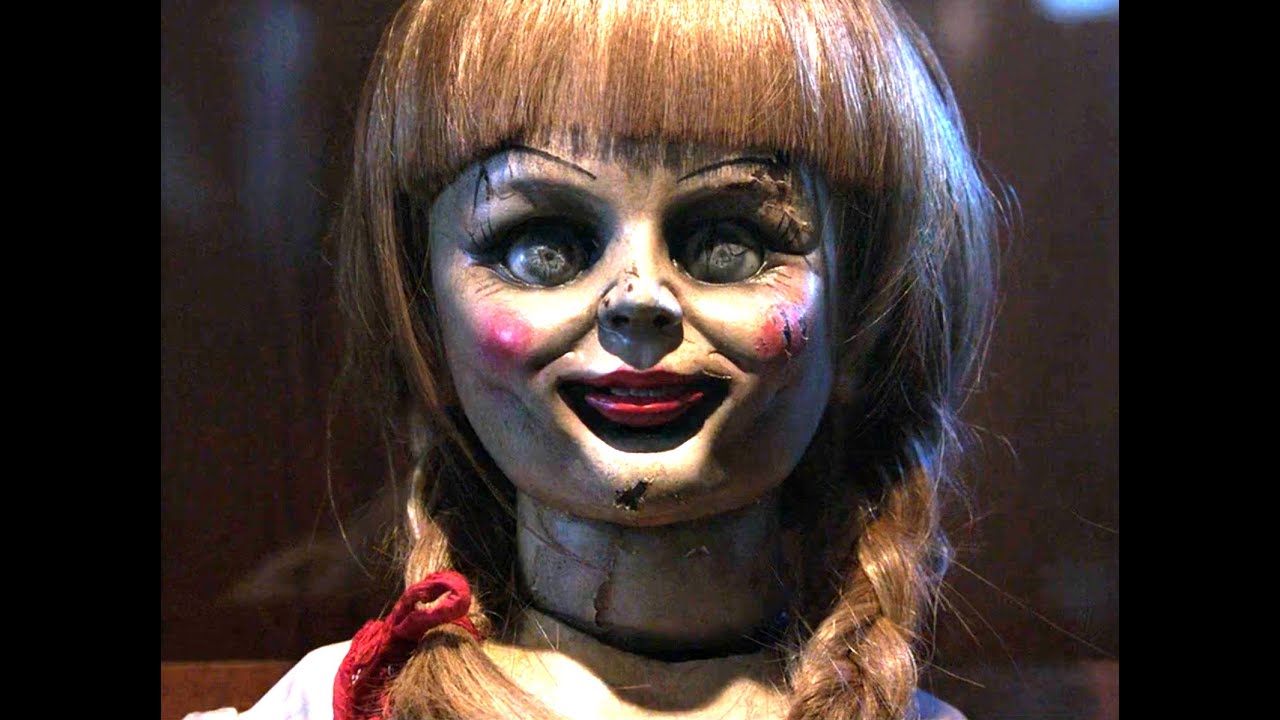 A spin-off to James Wan’s highly successful ‘The Conjuring’, it envisaged to trace and explain the origins of the doomed doll. The movie featured Satan in a prominent role, and it seemed he forgot where the script ended. That, coupled with the creepy doll clasped the crew in their reign if terror. On set incidents, which included chairs moving about, and plates flying off racks, buzzed the movie with enough to preclude horror. Director Leonetti explains: “The first [incident] was when we were prepping, we went into the apartment where we were shooting, and in the transient window above the living room window. It was a full moon, and there were three fingers drawn through the dust along the window, and our demon has three fingers and three talons. [The markings] were being backlit by the moon. I have a picture! It was sick.”

Technically, not a horror movie! But when you consider all the blood and violence in the film, it can so easily be classified as horror. It is an old adage, that lightning never strikes twice. Tell that to Jan Michelini, assistant director on set, who set an unprecedented record of doing the aforementioned while shooting. And apparently, being Jesus isn’t enough. Jim Caviezel had a piece of flesh ripped out by a fake lash during a scene. Vague incidents compounded as the shooting went on, as he dislocated a shoulder while carrying the wooden cross, and literally had smoking emanating from his ears after getting struck by lightning. He also suffered pneumonia, and had regular bouts with scathing headaches and dystopian visions.

These films based on true stories always have more than one to tell. In another incident of the script transcending the screen, Jennifer Carpenter, who portrayed the protagonist, a German woman who famished to death, with a failed exorcism being the main culprit, apparently had her radio came on by itself. She also had eerie touches and silhouettes following her around during filming the possession scenes. The director of photography reported certain incidents of the imagery unusually blurring and deforming. That happens when you are possessed by a demonic spirit. Or when you don’t clean your lens. I highly doubt the latter happened.

This was undoubtedly one of the scariest movies I have seen in recent times. It also acquainted the world to James Wan’s cinematic genius and his story-telling penchant. Based on true findings by Ed and Lorraine, the film had its fair share of paranormal incidents. Right from strange claw marks on star Vera Farmiga’s computer, Wan’s tormented dog growling at invisible intruders, a strange wind (that apparently put Carolyn Perron in the hospital), to a fire birthing itself in the cold winter and caught the actors and crew, the litany is really long. Truly terrifying the things that happened. 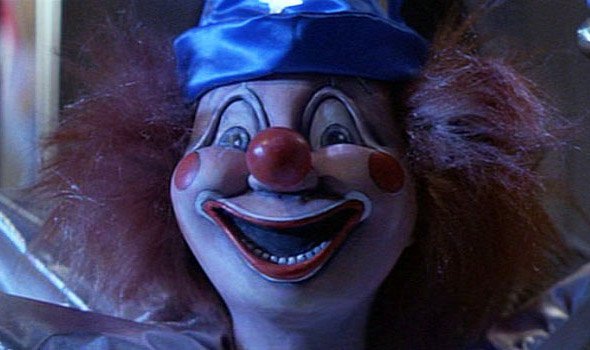 According to a report in the Times, during the filming, Oliver Robbins (Robbie Freeling) nearly died when he was choked by the arms of the evil puppet – only to be saved by producer Steven Spielberg. Heather O’Rourke (who played Carol Anne Freeling) died a few years later during routine surgery, while Dominique Dunne (Dana Freeling), was strangled by an ex-boyfriend. This is perhaps the most extreme turn of events to take place on a movie set. Apparently, it is also purported that the clown doll was found in different places in between scenes.

The case that really blossomed the Warrens into global fame has twisted roots to the story. The brutal murders and impassioned crimes make for a horrifying read, with the star James Brolin leaping out of his chair while reading the script, when suddenly a pair of jeans fell off a hanger. Another incident had the two gasping for air, after a lamp insubordinately fell off, and nearly choked the two actors while filming a scene. These incidents were enough for both to urge forward and go through with the movie. 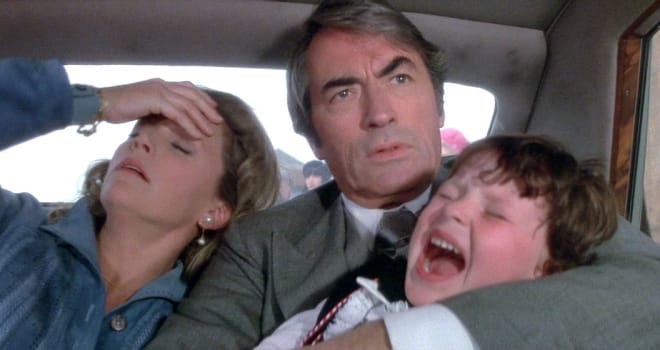 It was widely believed and accepted at the time of its release, that the true incidents are planning to recant themselves if the movie is shot.  And guess what, it did. Star Peck and screenwriter David Seltzer were aboard planes struck by lightning, while producer Harvey Bernhard was almost struck by lightning in Rome. Several people linked to the film were involved in a car crash, including the director. During filming, Donner’s hotel was bombed by the IRA. Peck almost boarded a flight during a trip to Israel (one of the locations during the shoot) that crashed and killed everyone. Several animal handlers were attacked and injured. Peck’s son Jonathan Peck committed suicide several months before filming began. Following the production, special effects director John Richardson and his assistant Liz Moore were involved with a serious car accident that decapitated Moore. The gruesome incident, which happened on Friday the 13th in 1976, mirrors one of The Omen’s most violent scenes — also a decapitation. The best saved for the last. Quite possibly the scariest horror film ever made also warranted the scariest off-screen incidents. A part of the sets for The Exorcist went up in flames, and the whole Regan House had to be rebuilt, except Regan’s bedroom. The cast and crew were so freaked out with the accident, they called a real pastor to genuinely exorcise the house. Also, the actors playing Burke Dennings and Mrs Karras died right before the release of the film. Eight deaths are also associated with the production, with many blaming the filming for the same. A cross hung on the wall was displaced by a lightning bolt in a 16th century church, opposite to where the movie was shot.