12 Best Horror Movies You Can Watch on YouTube For Free 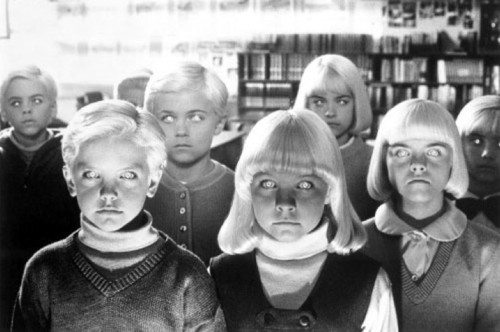 There’s something about horror movies that get our blood pumping, we cannot bear to see them and yet we cannot bear to look away. YouTube now has a pretty great stock of some full-length horror movies, I have intentionally not listed the short films here. Personally, the short films which are independent films on YouTube are first-rate, I feel. Anyhow, these is the list of  full length horror movies you can watch for free on YouTube. So what are you waiting for, tuck in, grab some popcorn and you’re set for a night of terrors!

This film is a very viable substitute if you’ve missed out on Texas Chainsaw Massacre. The film plots are pretty much similar. A group of teens on their way to spring break gets stranded in a town. One of the group recognizes a waitress as her missing sister and they seem to be stuck in the town when their car malfunctions. They begin to understand the town’s dark secrets and the cannibalistic residents along with a very intimidating Leatherface like man begin to pick them off one by one. The horror of being stranded and the perpetual threat of death keeps this film going and of course, if someone has already seen Chainsaw Massacre then they could try and watch the film to catch references in this movie.

Directed by Craig Gillespie, this film is a remake of the original. The film received mixed reviews although Farrell’s acting was praised. The film follows a young boy in Las Vegas, Nevada. Their new neighbor Jerry, is alleged to be a vampire. Charlie’s old best friend makes the allegation. Although his suspicions fall on deaf ears at first, after he goes missing Charlie begins to take him more seriously. The film follows an investigation into Jerry’s life and the horrors that spill out. A well-made film often praised for interspersing humor with horror, this film deservedly merits a watch.

This film quite skilfully combines aspects of war films and supernatural films. The plot follows two New Zealand soldiers who stumble upon a Nazi occult group. The group has conjured a shape-shifting demon from hell to use against the Allies. Set before the D-Day landings the film uses the tension of the oncoming assault and the constant presence of a lingering ominous supernatural presence to mask the simple plot, and the deft touch with the post-credits scene helps the film earn a few more brownie points.

Directed by Rajeev Virani, this Indian horror film stars Bobby Deol and Mugdha Godse. A film about twins with one sister being a now malignant spirit that haunts their house and their lives, the film is shot in Mauritius. The beauty of the world outside is contrasted by the dark lives inside the house as the manifestation of the spirit increases and it is evident that a malevolent force is out for revenge. The movie draws a fine climax with a little twist in the end where everything is not as fine as it appears. An enjoyable watch all over, we’d definitely recommend you watch this on YouTube.

A Canadian science fiction horror film, this film enjoys a cult following. You would not want to miss out on this film for its smart plot creation. The plot is about how a Dr. Blakely uses an alien organism to brainwash his viewers in his television programs and tries to gain world domination. The only thing in the way of this brilliant plan is a high school kid with a penchant for pranks. A telling narrative with references to the influence of television on popular culture and how far media plays a role in structuring our choices and society as a whole, this film overtly shows the horror to put across the implicit terrifying nature of the situation.

A remake of the Hong Kong Singaporean horror film by the Pang brothers, this film stars Urmila Matondkar in a lead role. She plays the role of a woman who loses her eyesight in an accident and later when she gets a corneal transplant she begins to see dead people and death as well. Upon investigation, she and her doctor realize that the original donor might have been a cursed woman. A gripping tale, this film is made better by Urmila’s acting.

This film is part of the horror franchise Halloween. The show makers, however, treat this movie as the first of its kind and the previous two movies as a fictional account, in fact going as far as including a meta reference to a trailer of the original film being watched within the third installment. The plot follows two people investigating the mysterious owner of a company in the week leading to Halloween. Although the graphic violence and blood are much lesser than the previous films, managing to take this film a little away from the slasher genre to a more sublime horror genre, the film only received average reviews. However, the thematic tension and exploring a motif of violence against children definitely makes this film a fine work of horror.

Directed by Pawan Kripalani, this film’s shooting style is heavily influenced by Paranormal Activity. The story itself is a found footage style horror film about a group of friends who experience real horror at the hands of an unknown entity. Partly based on a true story, this movie makes good use of jump scares and is sure to have you on the edge of your seat.

Directed by James Rabbits, this movie is shot in Australia and is loosely based on a real case of infant abductions. The plot itself follows six women who eventually find themselves in a room with their children removed from their wombs. The only way for the mothers to identify their children correctly is to kill the other five. The horror in this movie is not supernatural but in portraying the true depravity of human nature. The protagonist after winning this impromptu gladiator match realizes that it is just a test to see whose offspring is the strongest and that child is put up for adoption. In a further twist, she discovers that she too was adopted from this place. A movie with its twists that will leave you guessing and its cold ruthlessness that will scare you more than most ghosts could, this film is rather underrated and deserves more viewers.

Directed by Kannan Iyer, this film stars Emraan Hashmi, Huma Qureshi, Kalki Koechlin and Konkona Sen Sharma. The film is obviously about a daayan or witch that enters Bobo (Emraan’s) life after he accidentally uses his building elevator to take a trip to hell. Bobo witnesses the wrath of the demon as it kills his sister and father before Bobo manages to cut off its source of power. However, the witch returns to Bobo’s life and his hallucinations about this childhood horror make him question his own sanity. A fine film with tension building up excellently, the YouTube version has a little problem as the second half’s audio is not very clear. However, the first half of the movie, which I personally feel is the best half purely for the sheer horror content it delivers is absolutely fine and the movie as a whole will leave you terrified.

This psychological horror film is about a babysitter who keeps receiving calls asking her to check on the babies. However, when the stalking is persistent, she involves the police and is horrified to find that the calls are coming from inside the house. This subsequently leads to the discovery of the children who have already been killed. The plot moves forward from there to the capture and life of the killer till the climax where Jill, the babysitter, is forced to confront her demons from that awful night and fight for the survival of her own family. The film which pays a homage to Crave’s Scream has eventually developed a cult following for its extremely strong opening minutes, now often considered as one of the best and scariest openings in the history of horror films. You definitely don’t want to miss this gem of a movie.

Based on Stephen King’s novel of the same name, this film enjoys a strong cult following. This is hardly a surprising fact considering that King’s horror is absolutely first rate. The plot follows the children in the town as they stage an uprising against the adults, killing them and a traveling couple to ensure a successful crop harvest. They come under the influence of a malevolent entity titled He Who Walks Behind the Rows. The plot moves forward as the ritualistic sacrifices continue until a group of brave people expel this demonic entity by setting fire to the field. A wonderfully made movie with a narrative that has a penchant for violence, this film is one of the better horror movies made and we are really lucky that we get to watch it for free on YouTube.