When Does Hospital Playlist E02 Come Out on Netflix? 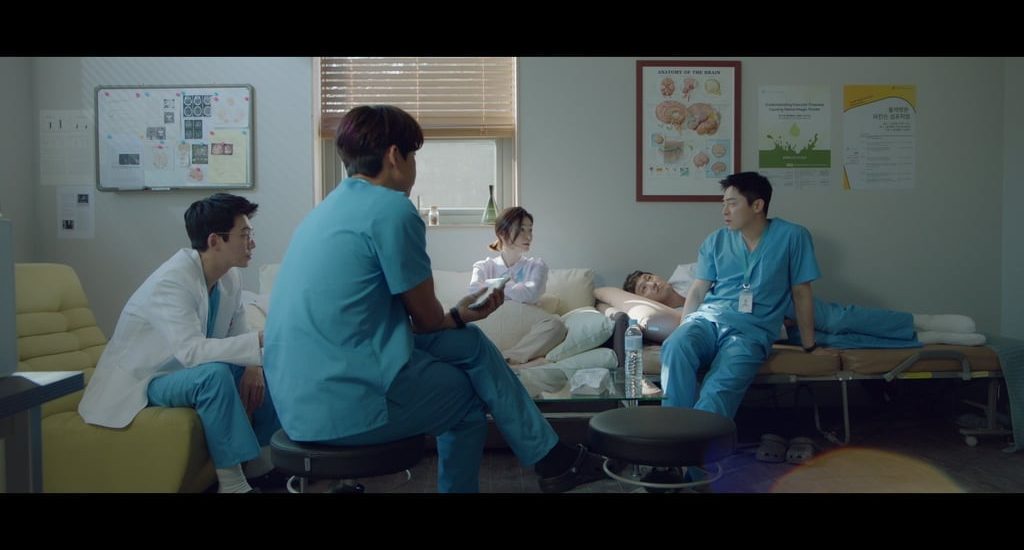 After creating quite a buzz on the internet and social media, Hospital Playlist finally made its way to Netflix, with its first episode landing on the platform this week on Friday, March 13, 2020. Featuring a talented creative team at its helm, which comprises the writer and director power duo behind the acclaimed Reply franchise, it also includes a stellar ensemble cast: Jo Jung-Seok, Jung Kyung-ho, Yoo Yeon-Seok, Jeon Mi-do, and Kim Dae-Myung.

In the first episode, we meet all of the five doctors, Ik-Joon, Jung-won, Joon-wan, Seok-Hyung, and Song-Hwa, who had become close friends during their graduation days in medical school. Now, all of them are almost entering their 40s and coincidentally end up working at the same hospital. Of course, they have progressed to lead different lives and are not the same when they had first met one another in college. Still, they remain strong when it comes to friendships, devotion, and duty. Five ordinary people in a very extraordinary profession — this is the gist of this ordinary yet riveting and heartwarming story.

Episode 1 indeed managed to stay up to our expectations. And fans are all geared up to know how the tale unfolds from here. Well, read on to know the airtime and streaming details of Hospital Playlist Episode 2.

Hospital Playlist Episode 2 Release Date: When Does it Premiere?

Episode 1 does a good job in introducing us to the five doctors, around whom the upcoming episodes will revolve. Toward the end, we also see Jun-Wan ending things with his girlfriend. Then he drives to a hotel for a conference and meets Jeong-Won in the lift with a girl.

Because of the unique personality of each character, the drama has set a firm base for itself already. In the upcoming episode, we expect to see further layers being unpeeled from their personas. We also hope to follow the protagonists as they evolve in their lives — for instance, Song-Hwa and her out of tune singing. It’s yet to be seen if she tries to improve just for the sake of the band.

Since this is a medical drama, the first episode additionally has a couple of tense moments mixed in with joy and sadness. So, the cases will only get more intense in the future episode (s). With the perfect formula of entwining personal lives with professional journeys, episode 2 of Hospital Playlist is expected to explore the on-screen chemistry between the characters further.