When Does Hospital Playlist E04 Come Out on Netflix? 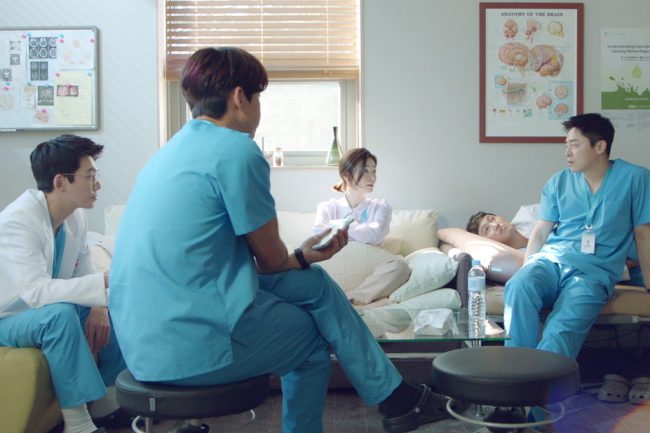 Hospital Playlist aired yet another highly emotional episode this week on March 27, 2020. One of the storylines that managed to strike a chord in viewers’ hearts is the one that revolves around Lee Ik-jun. He is struggling quite a deal with both his personal and professional lives. Ik-jun even starts withdrawing from his friends and they also allow him to be on his own when he says he wants some space. What happens is, Ik-jun meets his wife after almost one year. Both of them had been staying separately because of career demands. But it seems, she has now returned only to ask him for a divorce.

He eventually learns that his wife is seeing someone else. To add to his problems, one of the patients Ik-jun had treated earlier is back. And the person is now brain-dead after meeting with a car accident. Meanwhile, Jun-wan tends to a baby who is diagnosed with respiratory issues. Jeong-won, on the other hand, is pursuing Jang Gyeo-Wol, a general surgeon.

If you want to know the entire story about how the different arcs unfold from here, you should watch the whole episode. But yes, the first three episodes have indeed managed to stay up to our expectations. Now, fans are all geared up to know how the tale takes off from here. Well, read on to know the airtime and streaming details of Hospital Playlist Episode 4.

Hospital Playlist Episode 4 Release Date: When Does it Premiere?

In the next episode of Hospital Playlist, we will get to learn how Lee Ik-jun deals with his current emotional conflict. We already know that he can easily handle any professional crisis. But what about the personal front? Maybe, he decides to go ahead and confide in his friends about his problems. After all, one of the prevailing themes of this series is friendship. And of course, in the next episode, we will also get to see a bunch of racy medical cases — accompanied by their own backstories and emotional quotient.

In another piece of news, recently released by Nielsen Korea, episode 3 of Hospital Playlist had broken all records by garnering an average nationwide rating of 8.6 percent, with the highest rating reaching 10 percent. This is the highest viewership number for the medical drama to date. It was also ranked number 1 in its time slot across all channels in the 20-49 demography.