Hot Ones: The Game Show S01: What to Expect? 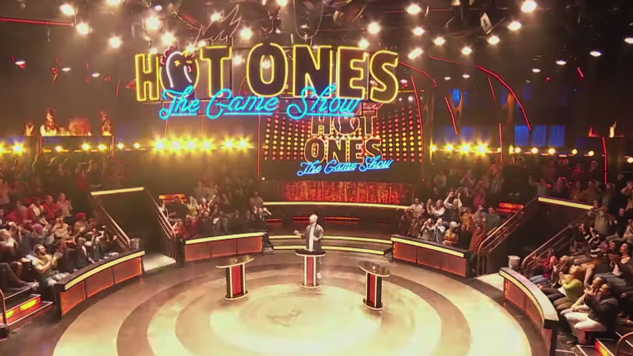 ‘Hot Ones: The Game Show’ is a reality game series that airs on TruTV. It is a spinoff of the incredibly popular web talk series, ‘Hot Ones’, which originally debuted on YouTube’s channel First We Feast in 2015. Noting the huge reach of the digital series, TruTV ordered a full-fledged show to air on the platform. Produced by DIGA Studios, ‘Hot Ones: The Game Show’ features Scott St. John as its showrunner.

Who’s the host of Hot Ones: The Game Show?

Just like the parent series, ‘Hot Ones: The Game Show’ is hosted by Sean Evans. The YouTuber and producer is best known for hosting the YouTube series ‘Hot Ones’. He is a Chicago native and is popular not only for his knack toward celebrity interviews but also because of his tolerance for extremely spicy food like the Carolina Reaper pepper, branded as the hottest pepper by Guinness World Records. Before making it big as an interviewer, Evans used to work as a copywriter for the Chicago tourism board.

What is Hot Ones: The Game Show about?

Each weekly, 30-minute long episode of ‘Hot Ones: The Game Show’ introduces us to two teams, comprising of two members. They have to participate in three rounds, winning cash amounts, in order to finally make it to the grand prize.

Host Sean Evans questions the participants about pop-culture trivia. Meanwhile, they also need to stuff themselves with hot wings, slathered in spicy sauces, whose level of spiciness progressively increases. The fiery taste makes them mentally and visually disoriented and only the ones with the max tolerance levels are able to continue forward.

The team who is able to gather the maximum cash is then allowed to play the finale, called The Ring of Fire — aptly named because five flaming rings serve as the obstacle between the teammates and the cash. The two members must work together to crack a password puzzle.

Each correct clue extinguishes one flaming ring and with each right guess, they move a step forward to the money, as well as, the antidote for their burning mouths. If the team can tolerate the pain and correctly answer all the five passwords in a time frame of 90 seconds, they win the grand cash prize of $25,000. They also get a coveted place among the ‘Hot Ones’ icons.

Brett Weitz, general manager of TBS, TNT, and truTV, expressed his views about the high stakes of the game, stating: “Fans around the world have tried creating their own versions of the Hot Ones challenge for years, but there’s nothing better than the real thing. We’re going to up the stakes, and take this show to a whole new level of heat” — Deadline reports.

Hot Ones: The Game Show Season 1 Release Date: When will it premiere?

‘Hot Ones: The Game Show’ season 1 will premiere on Tuesday, February 18, 2020, on TruTV at 10 pm ET/ 9 pm CT. Each episode will be 30 minutes long in duration and the entire first season will consist of 20 episodes, releasing every week at the same time slot.

‘Hot Ones: The Game Show’ will run on the channel as part of the weekly ‘Hot Ones’ hour. Each episode of the game show will be followed by one episode from the original digital talk show.

Hot Ones: The Game Show Trailer: